I have written about my grandfather PJ O'Loughlin before in this blog - he was the guy who took me to Croke Park as a small boy in 1963 or 1964 (see http://bit.ly/2hmv1wk). I did have one photo of him from 1927 when he still lived in Newmarket, Co Cork. He is featured in the Newmarket Junior Football Team (dressed in a suit and sitting at the extreme right of the middle row in the photo below) - I have had this photo for some time: 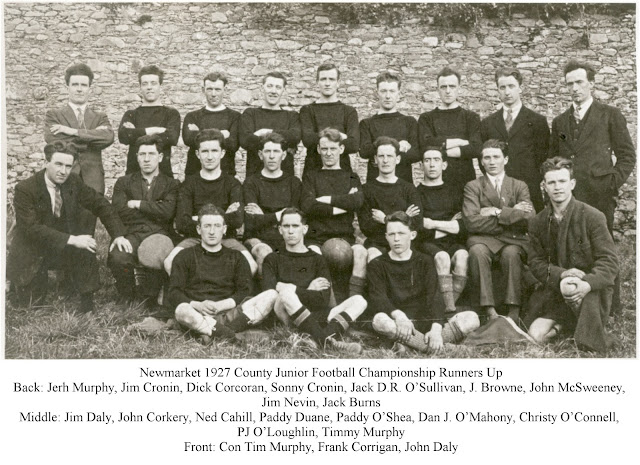 In my cousin's album I uncovered some more that I had not seen before. There is a brilliant studio photograph of him as a young man - I'm guessing he was still in his 20s when it was taken. I also have a photo of him with Lord Fitzwilliam of Coolattin Estate in what must have been a Hunt Ball or similar. Finally, there is a photo of him in his FCA uniform (third from right) with some other men, my Dad identified Andy Minahan (second from left), but not the others. I've no idea what the trophies were for, but the football suggests some sporting connection. The last two photos look like they were taken within days of one another - he looks exactly the same in both! 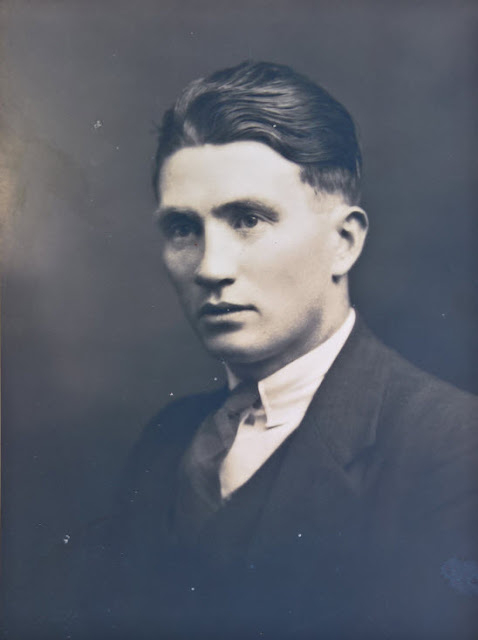 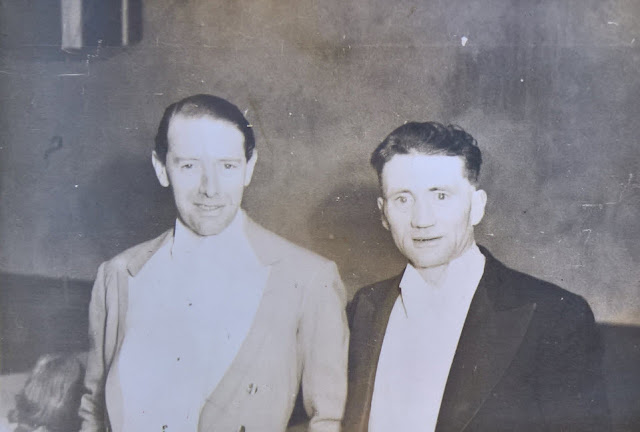 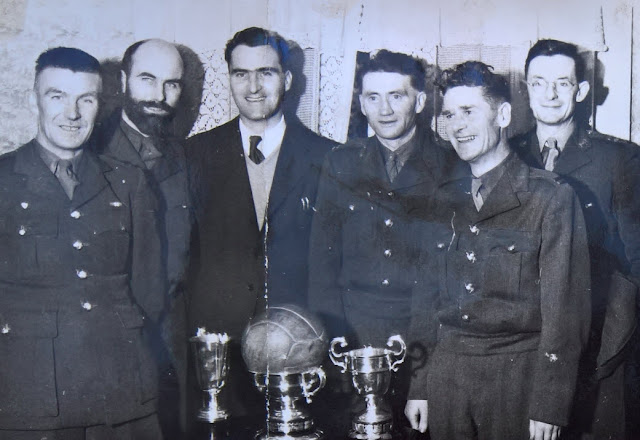