A New Tattoo and Tribute to my Great-Grandparents

Last month I visited Dublin Ink to get a second, and almost certainly last, tattoo. Ever since I got one on my left arm, I have thought that adding one on the right arm to match would look good. In deciding what to get I had made up my mind to have something Christian and Irish - so what better than a Celtic Cross! A suitable design presented itself when I was tidying up the grave of my great-grandparents Richard and Anne Cullen in Mt Jerome Cemetery. I sent a photo of the Celtic Cross that marks their grave to Dublin Ink where the fantastic Mauro expertly inked my arm. I'm delighted with it even though my Mum hates it!

Census 2022 was launched today by the Taoiseach Micheál Martin. We have a census every five years though last year's version was postponed for a year due to Covid. The Central Statistics Office runs the census and it is a massive logistical operation to deliver and collect over 2,000,000 forms during the next two months. Census night is Sunday 3rd April. 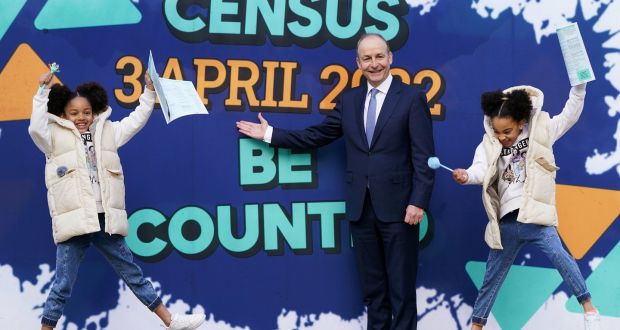 I am a big fan of the 1901 and 1911 Census data that is freely available on-line. It is a great research tool for anyone looking for ancestors. It's amazing to think that the people who filled out those forms are now all dead and that 100 years later their details are being perused by curious researchers like me. The inclusion of a voluntary "Time Capsule" section at the end of this year's form adds a new dimension and should make for interesting reading 100 years from now.

For assignments in my old Statistics module at NCI I used to use the 2011 and 2016 Census Small Areas data as a data source. I graded many excellent student assignments over the years with students tasked with gaining insights into demographic data. Most of the data are non-normal which makes it an excellent source of data for non-parametric tests.

I will have a small part to play in this year's Census as I will be one of over 5,000 Census Enumerators calling on households all over the country. My area is in South Dublin, so I'll be out pounding the streets with good walking shoes and a high viz jacket.