This time 10 years ago I was riding around the Wild Atlantic Way - how time flies! I had the mad idea to ride around the entire coast of Ireland and to go down every coast road/lane that I could. I set out from Dublin and headed south through Wicklow and Wexford. It took two weeks to get around the coast and despite a lot of rain, I really enjoyed the experience.

Initially, I called the trip "The 100 Corners of Ireland" and even had a #100corners hashtag on Twitter. When I reached Youghal in east Cork, I noticed in the Irish Times that Peter Murtagh was writing about a new route from Fáilte Ireland called the "Wild Atlantic Way". An opportunity to be one of the first people to travel the entire route from Kinsale to Mizen fell into my lap. I wanted to write a book about 100 Corners, but this changed to just the Wild Atlantic Way part of the route on the advice of my publisher. At the time of my trip there were not even any signs up and it was still just a plan. Today this is a very popular tourist attraction.

Tomorrow I am riding through Wales and England, and hopefully avoid congestion in Dover on Friday morning before departing to Calais. My destination is Maastricht in The Netherlands, where I will hook up with Roma. It's then on to Luxembourg, and across northern France to Normandy. Hopefully I will get a chance for a blog post along the way! 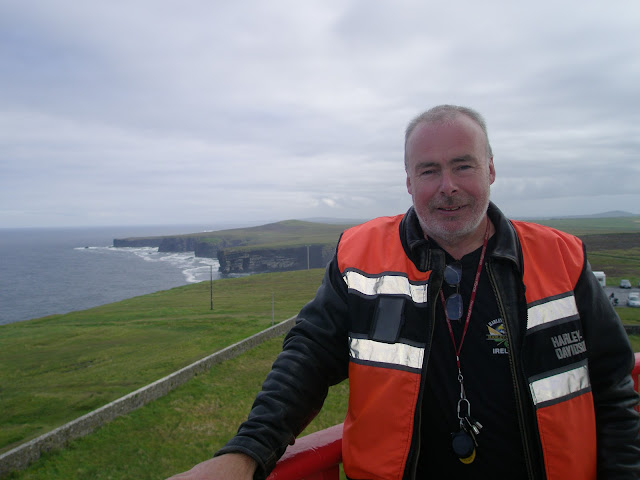