While in Westport Co Mayo at the weekend I took a few minutes to browse some "rare books" in the excellent West Coast Rare Books shop on James Street. Lots of interesting stuff, but one book caught my eye almost immediately: Lingard's History of England by Fr John Lingard which was updated by Dom Henry Norbert Birt in 1903 (the original was published in 1854). Flicking through the pages I noticed that the headings on each page were insets (see image below), and I realised that I was holding a copy of a book that I used to read when I was a young teenager. I remembered reading this book and gaining quite a good knowledge of British history - while the book's title indicates a history of England - Scotland and Ireland feature a lot too. I bought it (€15)! I recall the old copy in my parents house had no cover, and I'm guessing that it is since long gone from the house. I loved this book and have already re-read several passages.

The book was primarily intended for use in Catholic schools - I did not know this in the 1970s. Perhaps his sympathetic approach to Scotland and Ireland made it easier for an Irish boy like me to read. Fr Lingard died aged 80 on 17th July, 1851 - I am sure he would be glad to know that at least one student was still reading his book 167 years later!

Fr Lingard is perhaps more well known for his work with Catholic Emancipation in the early 19th century, and for his hymn "Hail, Queen of Heaven"

Hail, Queen of Heav'n, the ocean Star,
⁠Guide of the wand'rer here below!
Thrown on life's surge we claim thy care,
⁠Save us from peril and from woe.
⁠Mother of Christ, Star of the sea,
⁠Pray for the wanderer, pray for me 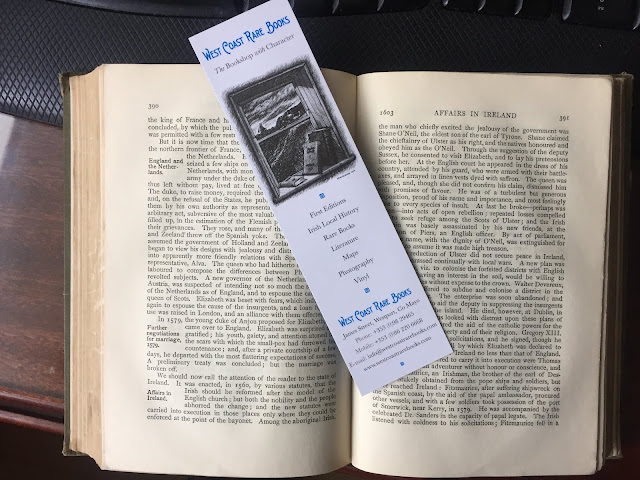 Connectivity (or lack of it)

Living in Dublin with Virgin Media's excellent broadband service (see speed test result today at right) can lead to frustration when outside of Dublin. For the past few weeks I have been away from Dublin and have experiences "No Service" on my iPhone/iPad on many occasions. While in Canada I had purchased (€20) a one-month add-on of data for my iPhone which ran out in three days. I also experienced frustration with my iPhone not picking up some WiFi networks, while another phone beside me could. Many times I felt disconnected!

This week's announcement by SSE that they are pulling put of the national broadband bid will mean bad news for many people in Ireland - especially those in rural areas. I travel to Wexford a lot and in the area where I stay, my iPhone's Virgin Media service (piggybacking on Three) is shite. I have a spare phone connected to Vodafone which offers 5-6 Mbps service - not bad, but obviously shite when compared to 246 Mbps in Dublin. This digital divide does no one any favours and simply increases frustration for rural communities. People living in the country need broadband in the same way they need telephone connections, water, electricity, and roads - it is a national right that simply must be subsidised by Government. We take it for granted in Dublin that we can connect to anything - speeds are so fast that we really cannot tell the difference between 100  and 200 Mbps for normal usage. Yet our country fellow citizens try to get by with 4-5 Mbps.

Not fair!
No comments:

Today I was in a sea plane for the first time. It was surprisingly smooth on both take-off and landing in the waters of Vancouver. The 45 minute flight took us up over the Sea-to-Sky road towards Whistler and back over the snow capped mountains. We flew over Vancouver city and got a great view of the downtown area. While very pricey, it was worth the trip and was good fun too.

First today of course was to watch the World Cup Final - it was on at 08:00 in Vancouver. This was the 12th final in a row that I have watched since 1974. Congratulations to France on a great and deserved win - tough luck on Croatia who were really unlucky to concede a penalty. With a population similar to Irelands, we can now hope to make the next World Cup Final in Qatar in 2022. Like most people I knew very little about Croatia. Roma and I have find memories of Poreč in Croatia where we went for our honeymoon - it was then part of Yugoslavia.

Today we also went on a hike to the Baden-Powell trail in Deep Cove which is in North Vancouver. This is quite a tough hike on a hot day like today - but it was worth it to reach the rock at the end overlooking the beautiful scenery of BC. Once again I was enthralled with the magnificence of this part of Canada - today I experienced the fantastic forests from below and above. 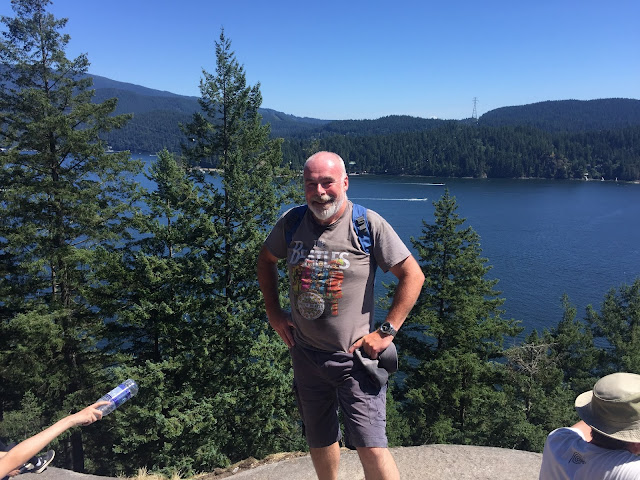 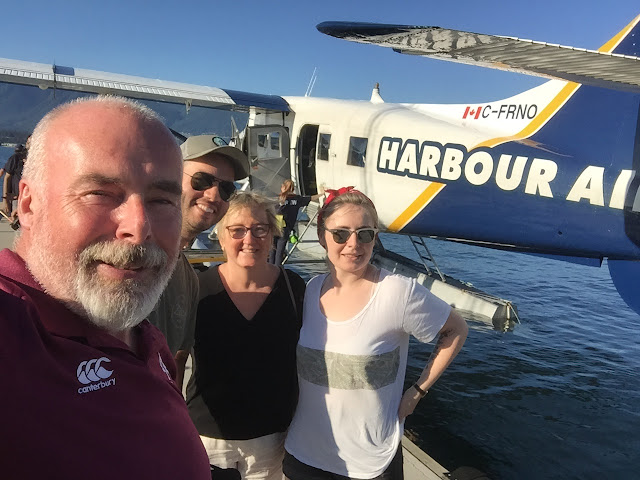 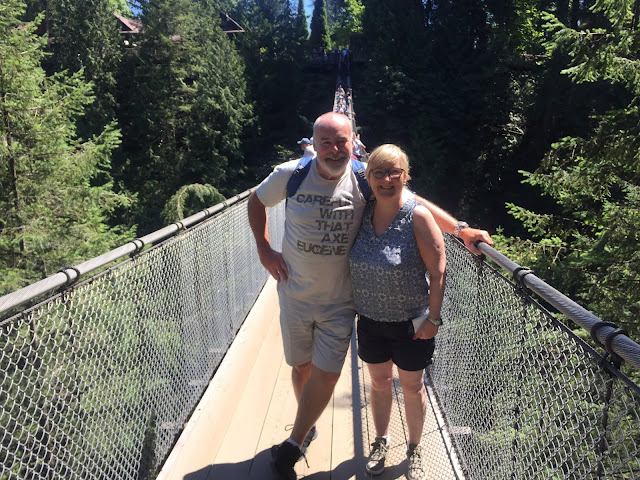 Vancouver Island has a growing reputation for producing wine - today we took a wine tour of the Cowichan region where we visited three wineries: Venturi Schulze, the Grouse House, and the Enrico Winery. Aided by our excellent tour guide Don Keith of Island Time Tours, we sampled 15 wines in total (5 at each winery). Different styles of wine and presentation by the wine producers made the day very interesting. We were picked up at 9:45, and dropped off at 16:00 - so it was a long time to visit three wineries, though lunch was also provided. To be honest, I had little interest in the white or rose wines - only the reds were worth trying for me. Even though I enjoyed the day I can’t really tell much difference between each wine.

A wine tour is also a great way to see the countryside. I was surprised to see hay being baled into the older style small rectangular bales. Since I used to do this job on the family farm (though more with straw than hay) I was fascinated with this method of farming which has almost died out in Ireland. While Vancouver Island seems to be covered mostly with trees - there is a thriving agricultural section here. Don also showed us some viewing points with spectacular views from the Island to the snow covered Mt Baker in Washington State in the US. This is a beautiful part of Canada and is well worth visiting. 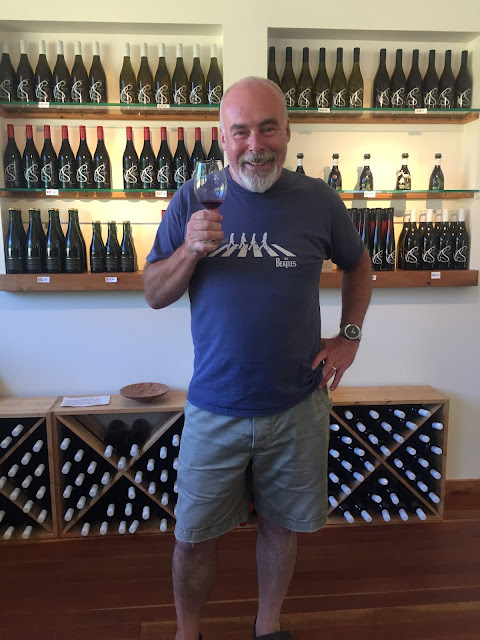 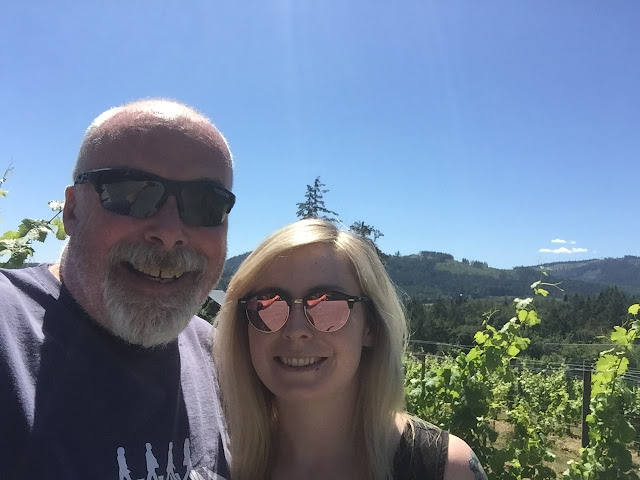 Feeling Active (and Young) in Whistler

What a couple of days in Whistler, BC! When God was giving each country a share of His goodies, Canada got a great share. Yesterday we tried White Water Rafting on the Green River. My first thoughts are for the Wedge Rafting Company who must be the most organized bunch of people I have ever come across. Everything was done perfectly for a great experience - there were ten boats (about 60 people), and led by our guide Arianna we paddled across the Green Lake to take the rapids around rocks, twisty bends, and safely reaching our destination. I have done White Water Rafting before (in the Pyrenees), but this was way more fun. Yesterday we also got to walk across the brand new suspension bridge at the top of Whistler Mountain. Nice and wobbly, all you can do is go across and back - the observation area at the end is not ready for tourists yet. We also did the Peak 2 Peak gondola ride - not as exciting as rafting or suspension bridges. All we could do was go across and back, nevertheless it is a wonderful piece of engineering. I was surprised at how many people there were at the top of the mountain on a summer’s day. There were a lot of mountain bikers about, but many many more who like me were on foot.

Today we tried zip lining - this is really cool. We did the Eagle tour which had five zip lines to try. While nervous at the thought of hanging from a wire between two mountains at first - once the first line was over I was quickly into hands-free mode. This is an adrenaline rush unlike anything I have ever done before - I already want to do more. Next time I’ll be keen to try longer lines with bigger drops.

Whistler is a fun place to be during the summer - I guess it is just as good in the winter for snow-based sports. The staff at everything we have tried are so helpful and professional - they were also very young, but had no difficulty looking after an old-timer like me. We leave tomorrow with a heavy heart, but are also looking forward to arriving in Vancouver Island for a few more days. 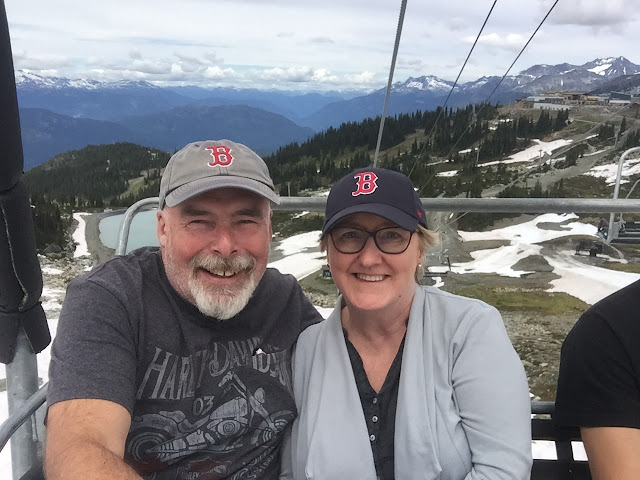 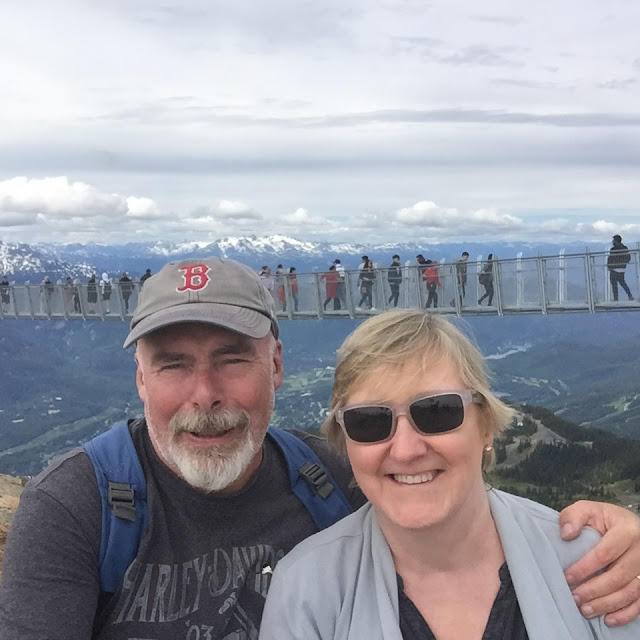 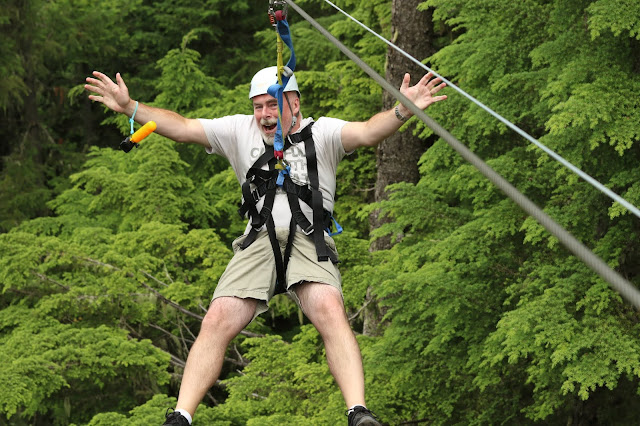 A first full day in Vancouver City and I spent much of the day touring the city on foot. Granville Island was our main port of call - lots of shopping and lunch in The Keg. We took a 40 minute tour on a False Creek ferry (not worth it) up to the Science Museum - I will reserve checking this out until next week. I am really struck by the skyline of the city - lots of tall apartment blocks which thousands of apartments in the city. We could learn a lot from this in Dublin as I’m sure it would go as long way towards resolving our housing crisis. Vancouver does not look like a city destroyed by the tall buildings that we are afraid of in Dublin. It is also a very clean city, but like everywhere else, there are many homeless people on the streets. First impressions are good - this is a city that is very cosmopolitan and diverse. Looking forward to enjoying it some more. 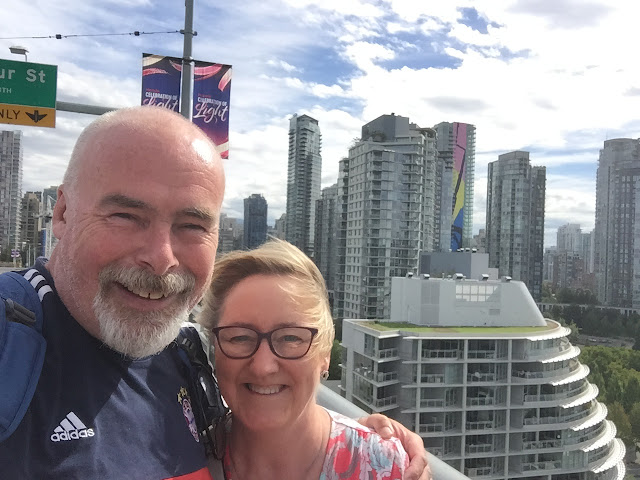 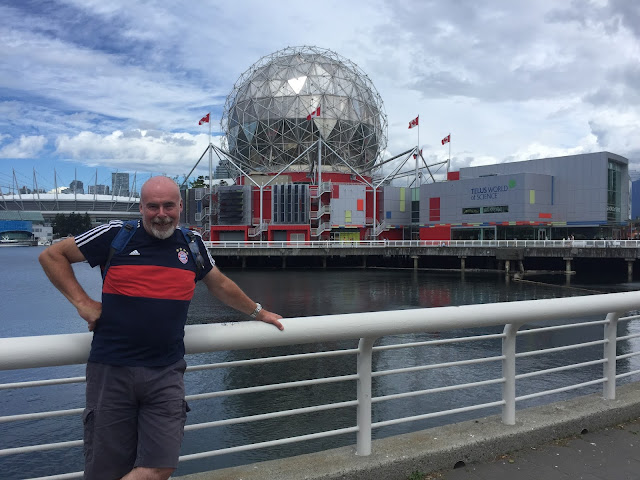 Heat Wave - Bring it on! #data

So - the country is basking in a long heat wave, but not everyone is happy about this. Our airwaves  and media are full of advice about saving water, heat stroke/stress, sun burn - sometimes I think people think we are all idiots and need to be warned all the time.

The recent high temperature of 32.0°C recorded at Shannon Airport is the highest temperature in all of Ireland since 1976. I remember that summer (and 1975) very well - dust and water shortages everywhere! I love heat waves and try to enjoy them as much as I can. I know there will be another World Cup in 2022, and another one after that in 2026 - but who knows if there will be another heat wave in Ireland?


So the message is - enjoy the sun and heat. The rain and cold will be back!
No comments: