Today while visiting Belfast for the weekend I decided to go on the Belfast Taxi Tour to see the city's many murals. This was a fascinating tour expertly provided by my cabbie Robert. We started out with Loyalist murals near the Shankill Road and toured the Peace Line wall between the two communities - I had no perception of how long or high the peace wall was - it was way taller than the Berlin Wall which I had also seen for the first time last September.

I suppose the highlight for me was the Bobby Sands mural on the Sinn Féin office on the Falls Road. Even though he died in May 1981, he is still an iconic figure to many people in Belfast and the rest of Ireland. I remember well the day he died on hunger strike and it still hasn't stopped me thinking of his death (and nine others) as a waste of a life. Robert told me honestly about the divisions in the Belfast communities - it seems to me that The Troubles could easily start again.

Nevertheless - the Belfast Taxi Tour is well worth the £35. It is a history tour de force with fantastic cab drivers who really bring the city to life. 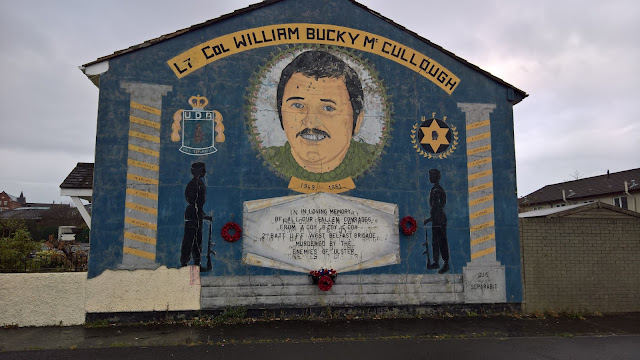 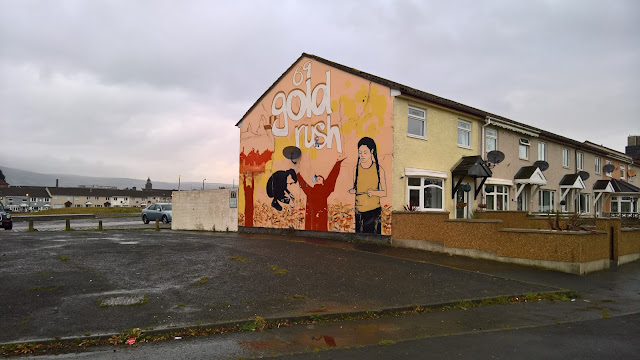 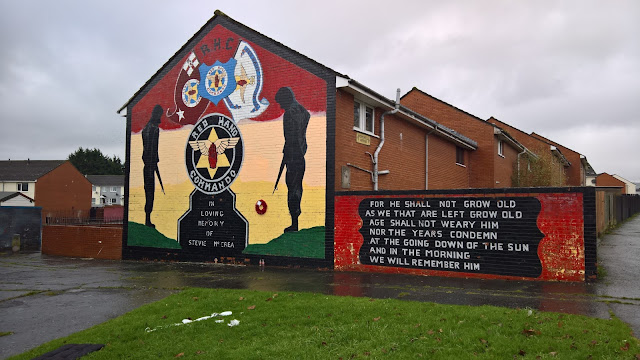 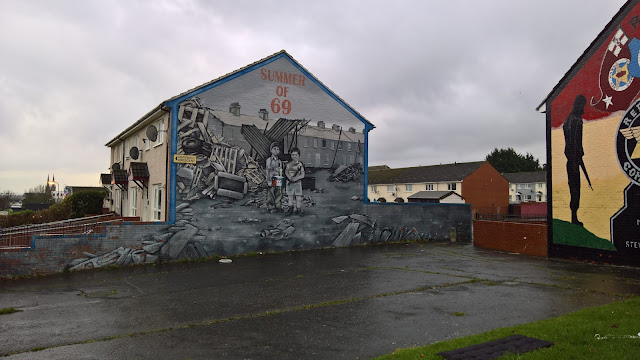