Yesterday I had a took the bike on the Wexford to New Ross road - I can't recall being on this road before. I stopped by some of the interesting sights on the way. First off was a stop at the bridge at Ferrycarrig near Wexford town. On one side of the bridge is a round tower, and on the other is the castle which overlooks the Slaney River. A castle was first built here by Robert FitzStephen who was a Norman invader in 1169. The present ruin of Ferrycarrig castle stands on the North bank dating to the 15th century and was constructed by the Roches of Wexford.

I then stopped at Johnstown Castle. I had been here before, so it was just a quick visit (I still had to pay €3 entry) to take a few photos - below was the best.
Later I passed the Browne-Clayton monument near Cushinstown - I had to stop and go up to it. A gate prevents people from climbing up the staircase, but it is an imposing structure with magnificent views in all directions of South Wexford. 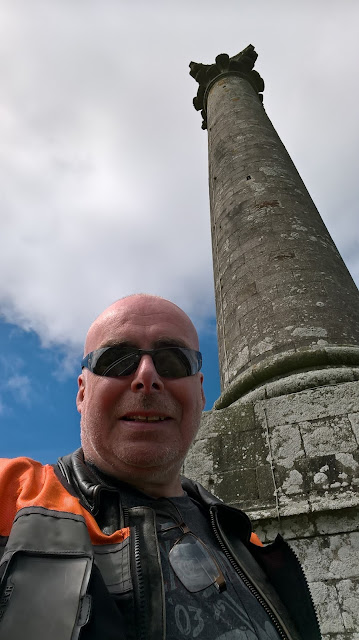