Having toured the east and south east coast in 2012, I am writing up my experiences with a view to publishing early next year. While travelling the coastline I did not take enough photos, or visit enough interesting places, to make up material for the book. So I am currently engaged in revisiting some parts of the coast to garner more material for a book.

Yesterday, on my return from Belfast, I visited the Cooley Peninsula. In particular I wanted to check out the Cooley Distillery Museum and Fitzpatrick's Bar. On the way I spotted the statue of the Cooley Bull from the Táin legend near Bush. 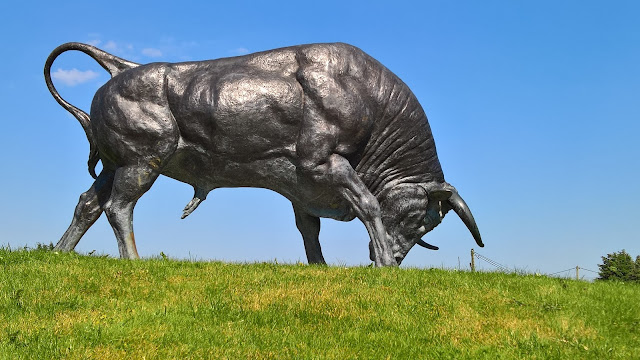 The Cooley Distillery does not have tours, but the nearby Martin's Bar has a small museum and shop and I decided to pop in. The "museum" is very small, but interesting nonetheless. I had an obligatory photo in the whiskey barrel and even bought a bottle of Kilbeggan whiskey as a souvenir. 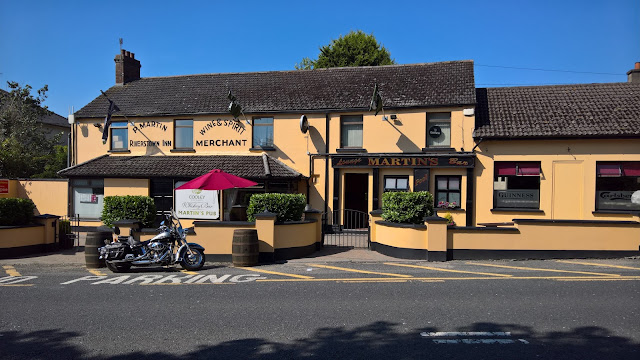 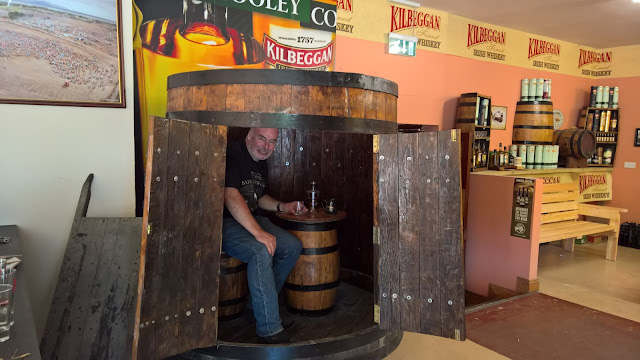 Further along the road is the fantastic Fitzpatrick's Bar - easily the most colourful bar I have ever been to. Lots of flowers and "ye olde" displays - it must have taken many years to gather all this together. The Cooley Peninsula is one of Ireland's best kept secrets. We hear a lot about West Cork, Kerry, the Cliffs of Moher, and loads of other well known locations. But at only an hour from Dublin, Cooley should be better known. 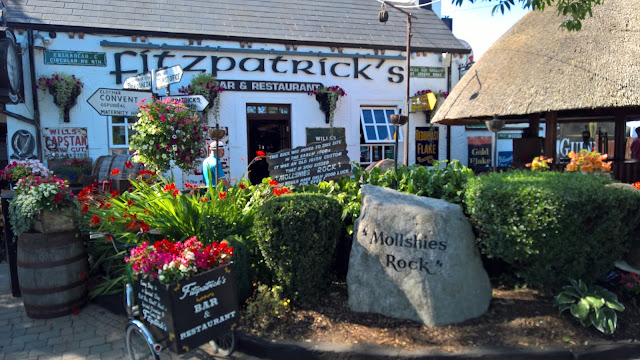 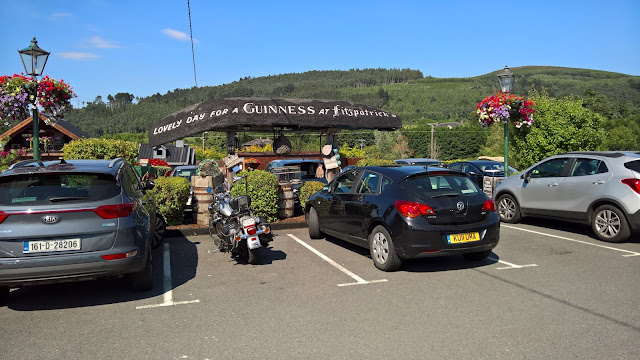