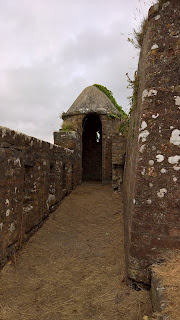 Last summer I went visit Duncannon Fort in South Wexford only to find it closed. The local tourist office told me that it was closed due to Health and Safety issues. This was a pity because it is a fine attraction with a shop, museum, and lots of historical military items to see. It is now partially re-opened in an initiative by Hook Tourism - the fort can only be seen as part of a guided tour. There are five tours a day, seven days a week, during the 10 week summer period. Our small group set off in the hands of our guide Bob, who both entertained us and told us all about the fort during the 50 minute tour.

The fort is over 450 years old and for most of its life it was occupied by British soldiers. Since independence in 1921, our lads took over until the 1990s. It is a defensive port, though from my basic knowledge of Irish history I don't recall an attack on this part of Ireland since the sixteenth century. There are arsenals, sentry posts, gun turrets, cannons, shelters, and World War II lookout stations. As the fort overlooks the deep-water Waterford Port, it is considered to have been placed in a very strategic position. There are great views over to the village of Passage East Co Waterford on the other side of the harbour, and out to Hook Head. We visited the deep dry moat and also got to go inside gun placements. None of the buildings were open - the military museum that used to be here is now gone. It seemed strange to be part of a very small group wandering around such a large empty fort - almost as if we were trespassers.

Good luck to Hook Tourism with this initiative. I hope some day that the fort will be fully open again. 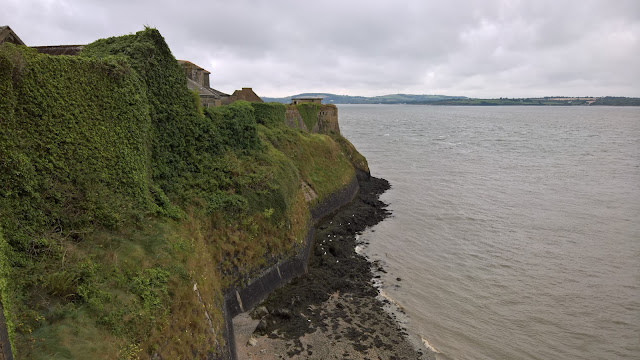 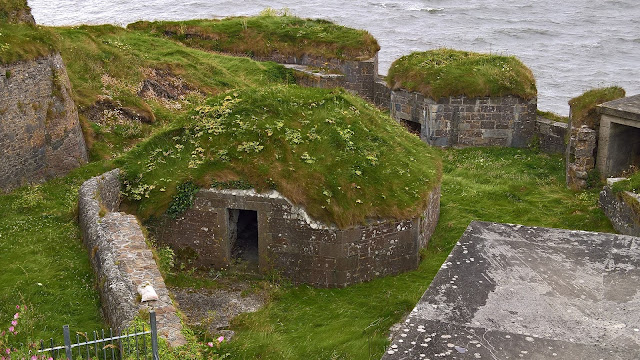 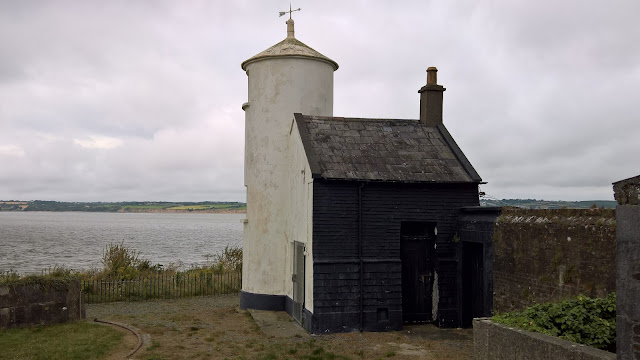 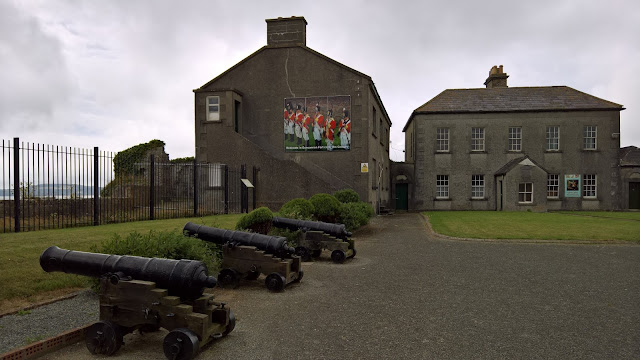 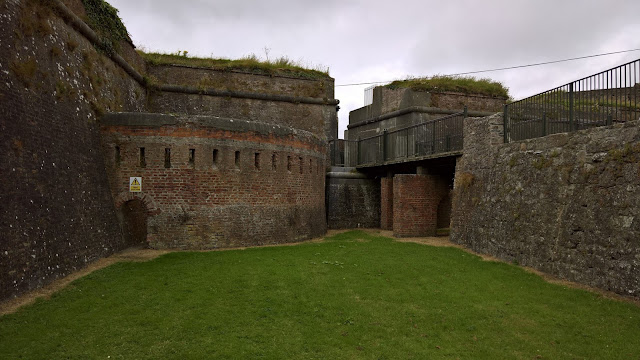 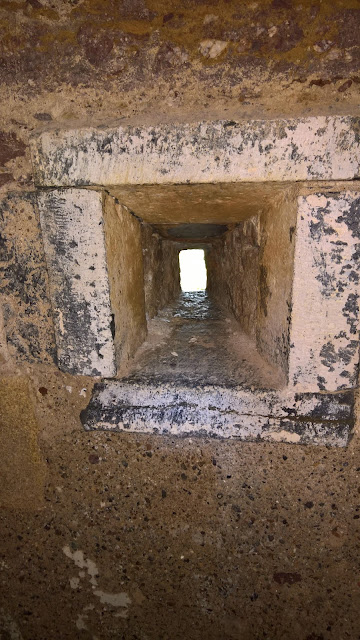 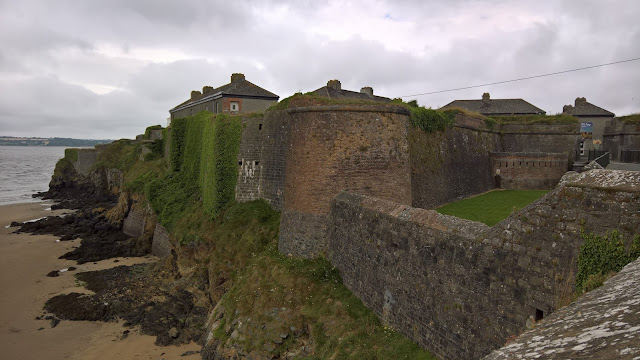