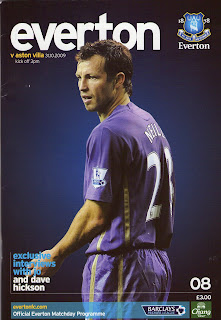 For the third time in October I was in the UK - this time in Liverpool to see Everton vs Aston Villa in Goodison Park with Brian courtesy one of his Bakery Suppliers. We had perfect seats on the half-way line - the TV cameras and the commentators were just above us. There were nearly 40,000 people in attendance and they certainly created a great atmosphere. The football was mixed with some great skill and many errors in abundance. Overall the quality was a lot better than the Championship matches I had previously seen. In the end, a 1-1 draw - the result was about right. Very enjoyable match - my first one in the Premier League.

I had arrived in Liverpool very early and got to see a Remembrance Ceremony at the Cenotaph where there were two companies of British soldiers who had just returned from Afghanistan - they received a heroes welcome from the large crowd. Several wreaths of poppies were laid at the cenotaph. I bought a poppy - something I've never done before. It was a solemn event as this group of soldiers had lost eight comrades killed in Afghanistan - they all looked so young.

After the game Brian and I had a few beers - we first stopped in The Queen's Arms on the way back from the match (we had also called in on the way to the ground). Next was an Irish bar called The Slaughter House and we then headed for The Sultan's Palace for an excellent Indian meal. After eating too much we stopped off in Liverpool's oldest pub called Ye Hole in the Wall.

On Sunday Brian headed off to Ulverston at about 11.00 and I went down to the Docks. I went to the Slavery Museum which is excellent, followed by the Maritime Museum which had lots of stuff about the Lusitania and the Titanic, which was also excellent.