No trip to Florida is complete without going to a Theme Park for the day. The girls had decided on Harry Potter World, so it was off to Universal Studios in Orlando for some magic. It is a three hour drive from West Palm Beach to Orlando so it was a long way to go (and back) in one day. When we arrived we had a delicious lunch in the NBC Grill and Brew Sports Bar. The day was quite cool, but despite this there were plenty of people about. There was plenty of space in the car parks and lots of tables at the restaurants. The longest we had to wait for any of the attractions was about 30 mins - I would not like to be here on a busy day. 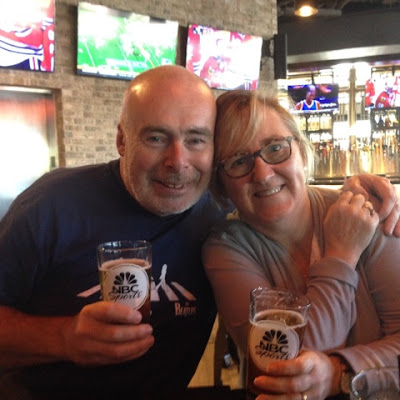 The highlight for me was the Harry Potter ride - good fun and very exciting. I also went on a short roller coaster ride, but chickened out of doing the Dragon Challenge (the girls said it was "brilliant"). The Spider Man 3-D ride was also very well done and very exciting. Overall - the movie-themed attractions make this a great day out and well worth the visit.

We arrived in the early afternoon so only had a half-day to squeeze in as much as we could. We were charged over $100 a ticket each so it was not cheap - this was a full day adult price. Inside the park there are plenty of themed shops, bars, restaurants, and souvenir stands. So many that the park often feels like an outdoor shopping mall with a few attractions scattered about. There's absolutely no way you can get around without spending some money (I bought a fridge magnet!) - this place must take in hundreds of thousands of dollars everyday.

For young and old alike - Universal Studios is a treat and a magical day out.