After visiting Ballycastle on the North Antrim coast it was time to turn southwards. The Causeway Route, which started in Derry, continues on to Belfast around the brilliant coastline of Co Antrim. 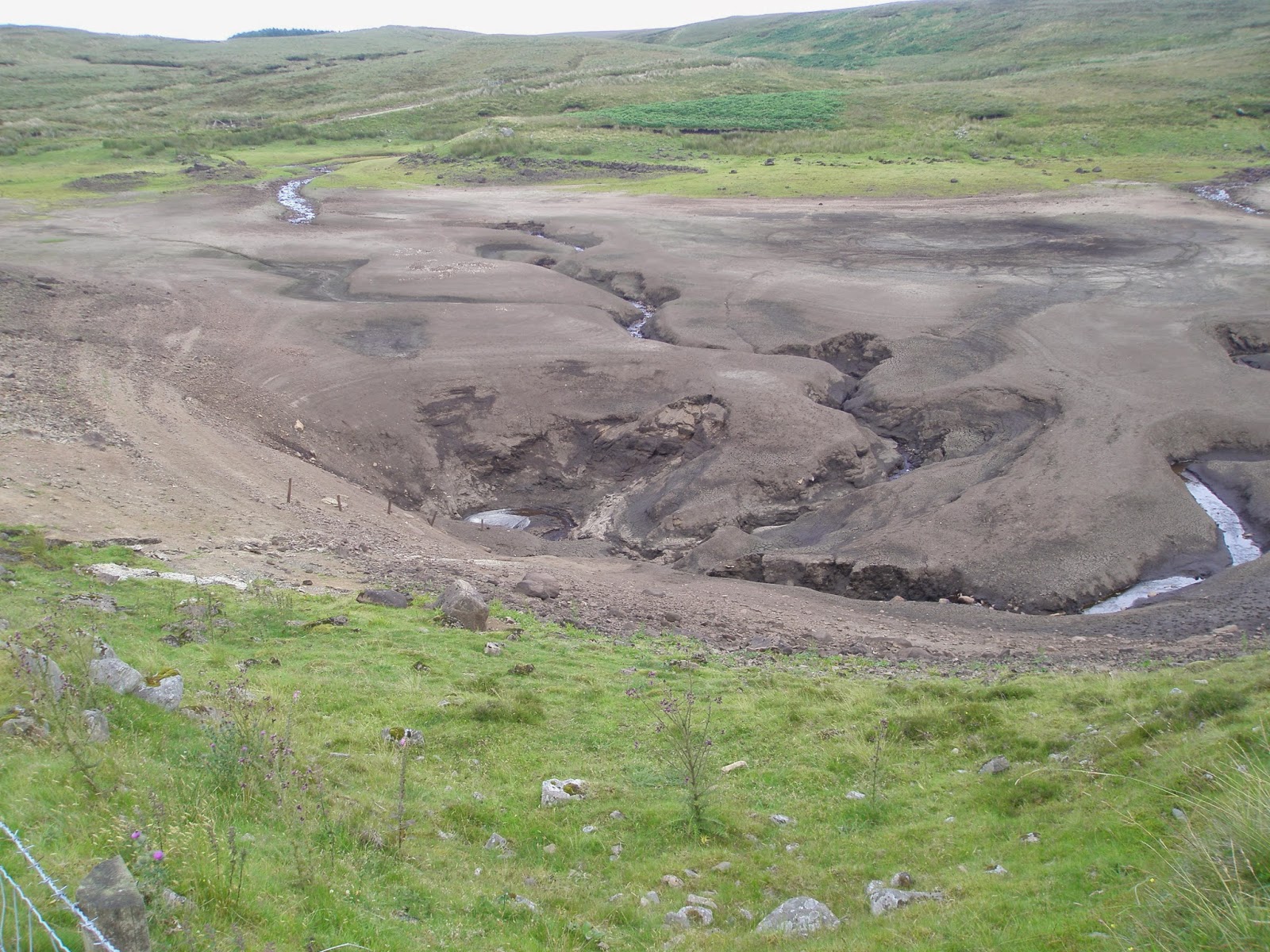 The first part of today's journey was inland for a while. There is a second road around Tor Head, but I choose the more inland route to see the Vanishing Lake at Loughareema. This is not a tidal lake - it is a freshwater lake that disappears when a "plug-hole" that often gets blocked with peat (thus filling the lake) clears, and all the water flows away. The "lake" was empty when I passed. Apparently when the water does drain away it does so very rapidly. There is also a lot of forest in this region which gives the bleak landscape a lusher feel. 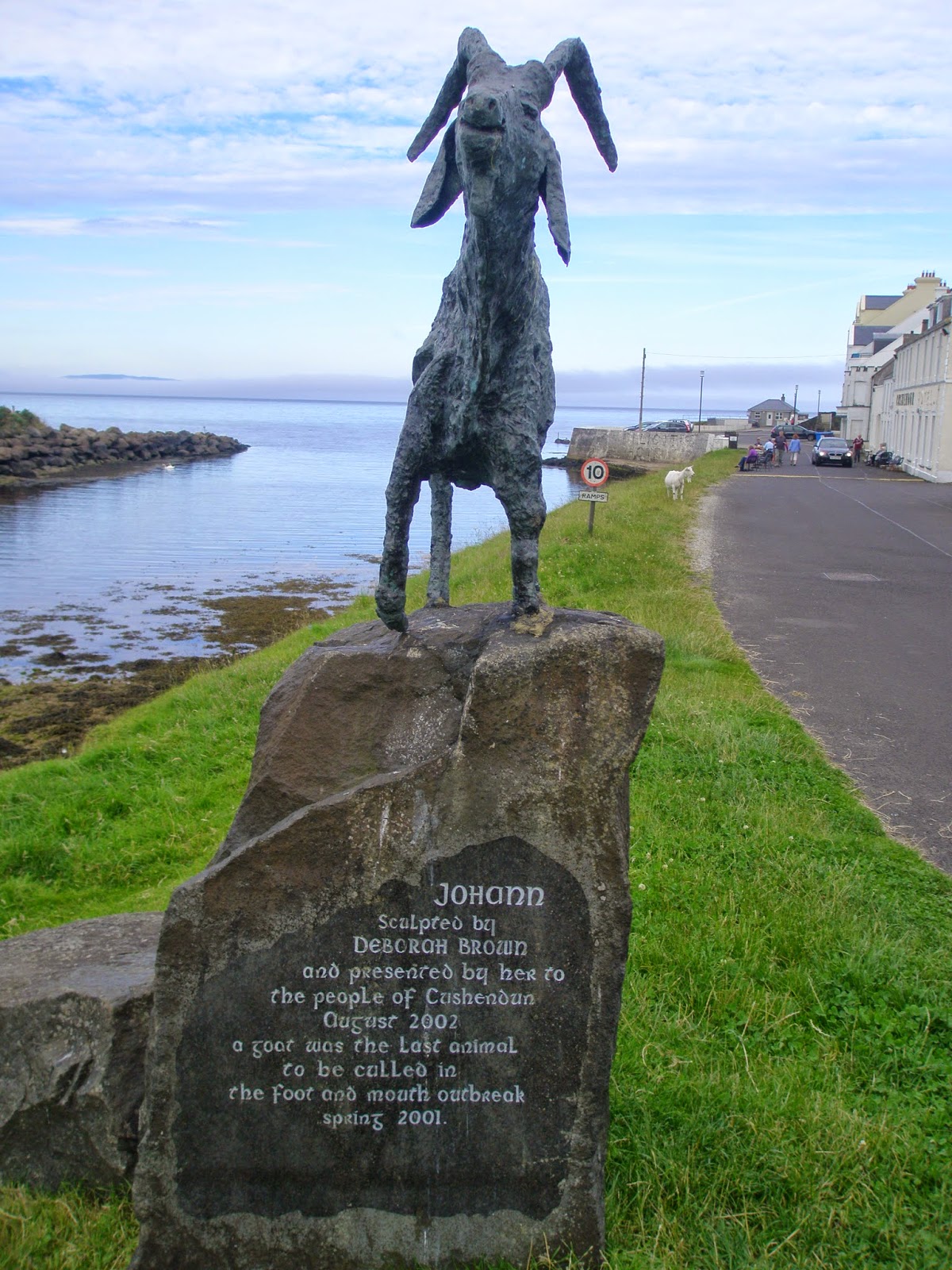 Back at the coast I reached the village of Cushendun which lies at the end of one of the nine Glens of Antrim (Glendun). There is an interesting story of a goat here. The last animal culled during the 2001 Foot & Moot Disease outbreak in Northern Ireland, was a local goat. The sculpture of a goat, by Deborah Brown, was presented to the people of Cushendun in 2002 in memory of the goat. Cushendun is a small village in a beautiful location and is well worth a short stop. 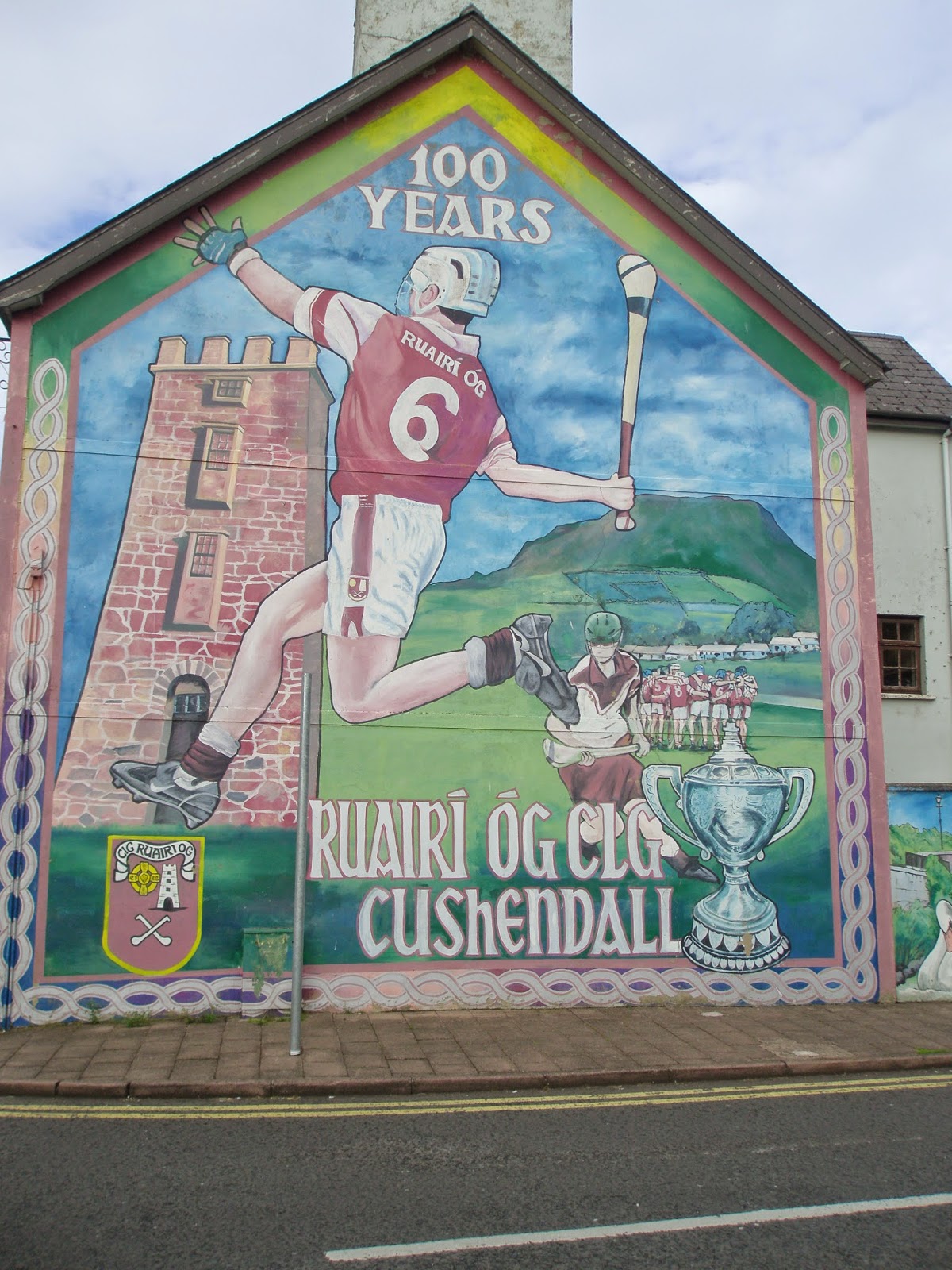 Further along the coast is the larger town of Cushendall, well known in the South of Ireland as the centre of hurling in Co Antrim. They are obviously very prod of their local hurling team as there is a huge mural in the town marking 100 years of GAA activity in the two. Also of interest here is the Curfew Tower located in the centre of the town which was built in 1817.

The next part of my journey was on the road which runs right along the coast all the way to Larne. This has to be one of the best bike rides in Ireland though the road is quite narrow and there are not that many places to stop and check out the scenery. 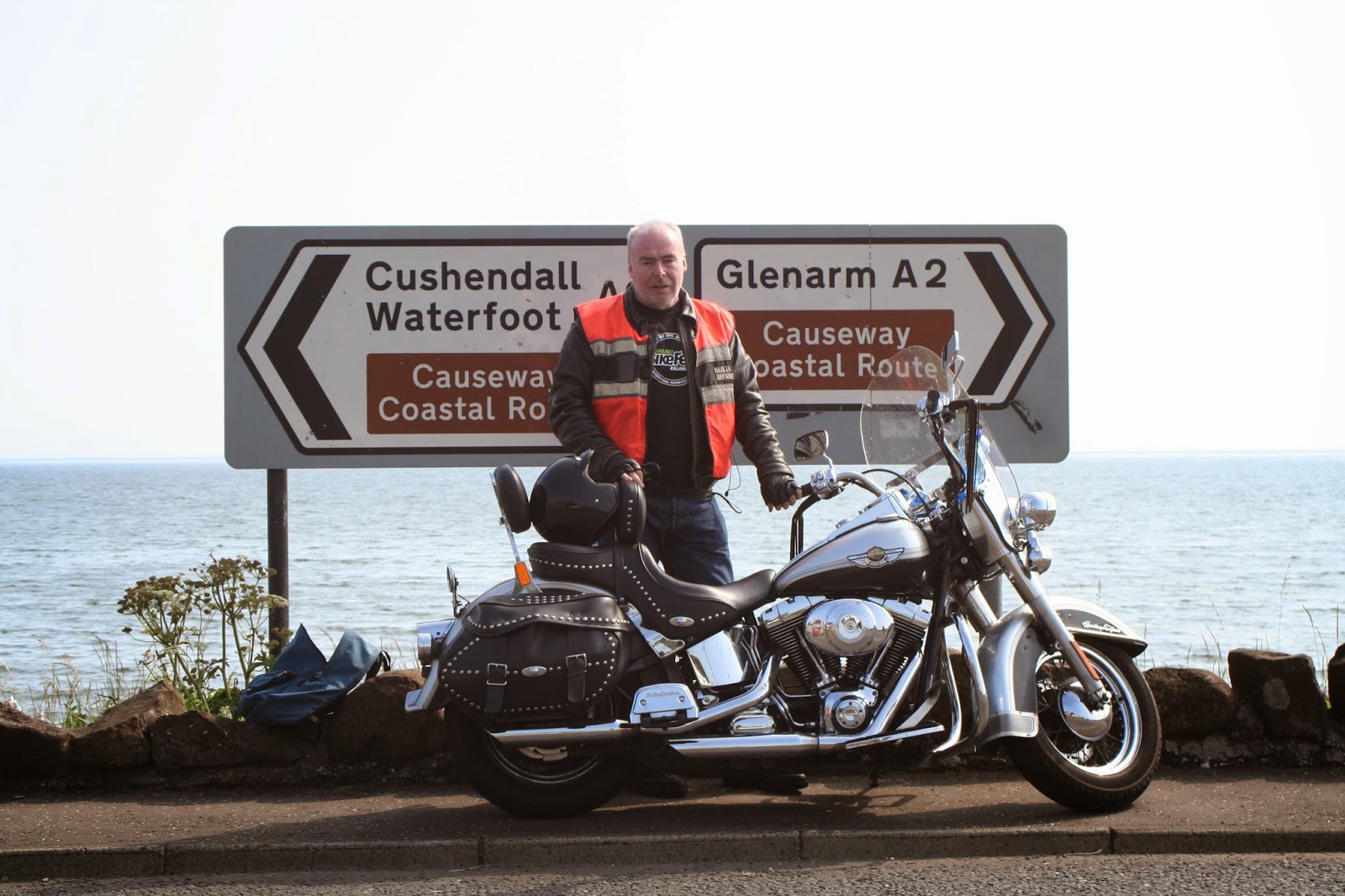 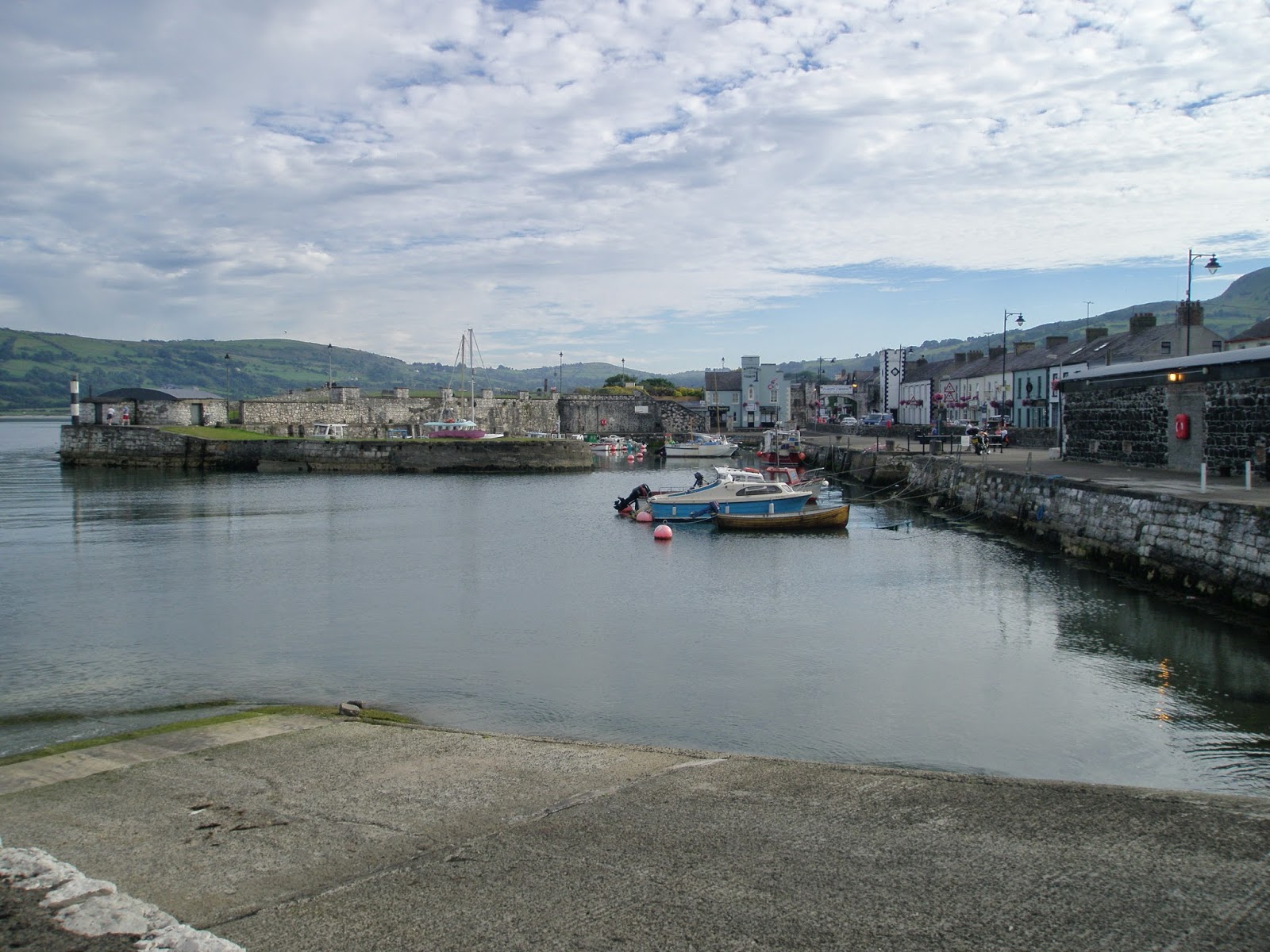 My next stop was at Carnlough where there is a picturesque harbour. This was built using stone from local quarries which was carried across a bridge which still stands. Carnlough is also where the current Liverpool manager, Brendan Rodgers, is from! The town lies at the foot of Glencoy - another of the nine Glens of Antrim. 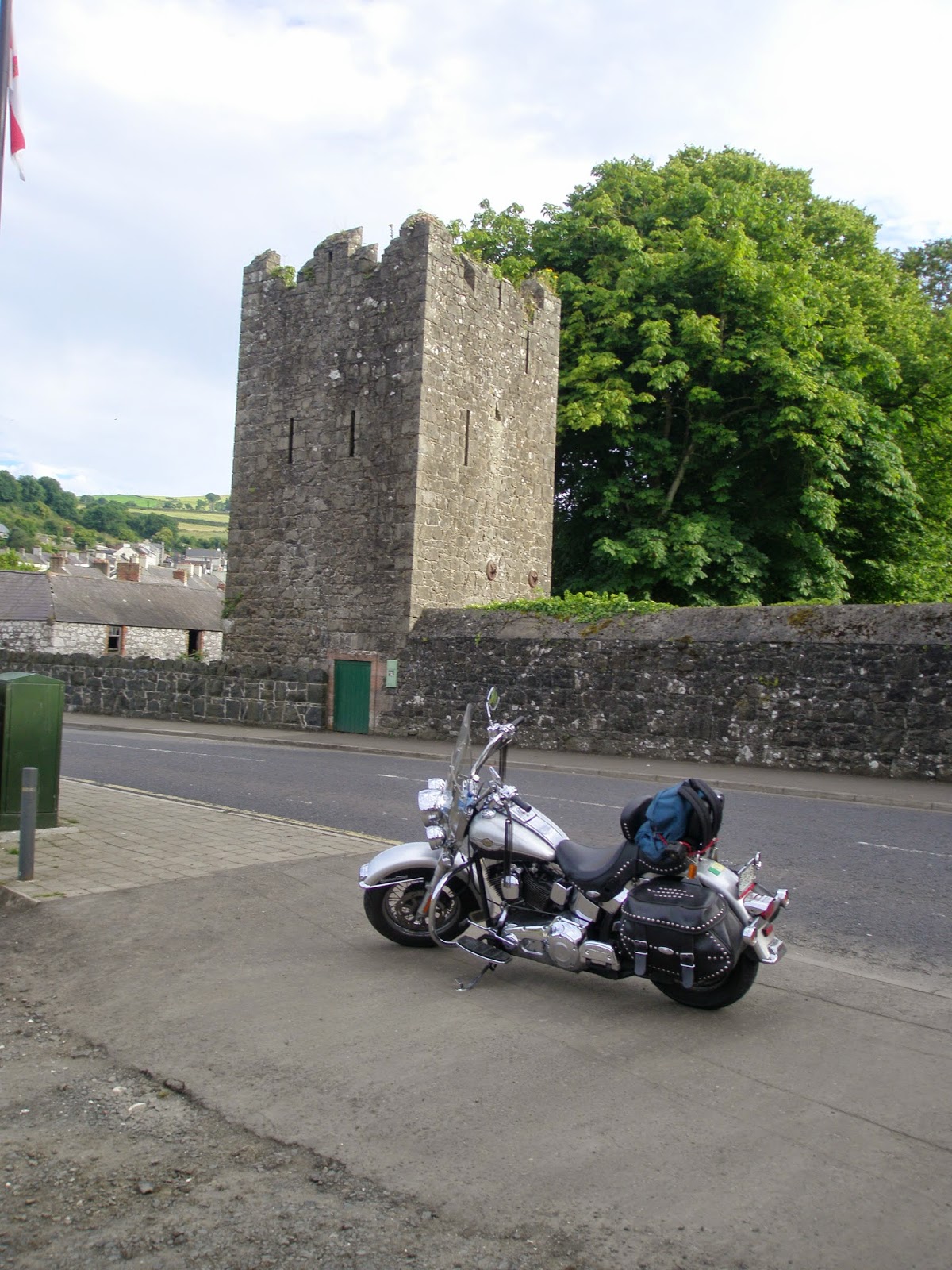 Very close to Carnlough is the village of Glenarm. There is a large castle here which is not visible from the road, but you can see the so called "Conjuror's Tower" which is named after one of the Earls of Antrim who was known as The Conjuror. Glenarm is located at the foot of Glen Arm which I decided to take a trip around. It is not the most interesting bike ride but you do get a super view (in the distance) of Glenarm Castle.

Also note-worthy on this detour is that you get to see Slemish Mountain where it is reputed that St Patrick tended sheep and where he also found God. The mountain is part of an extinct volcano and dominates the surrounding landscape for miles. It is also a popular place of pilgrimage on St Patrick's Day. 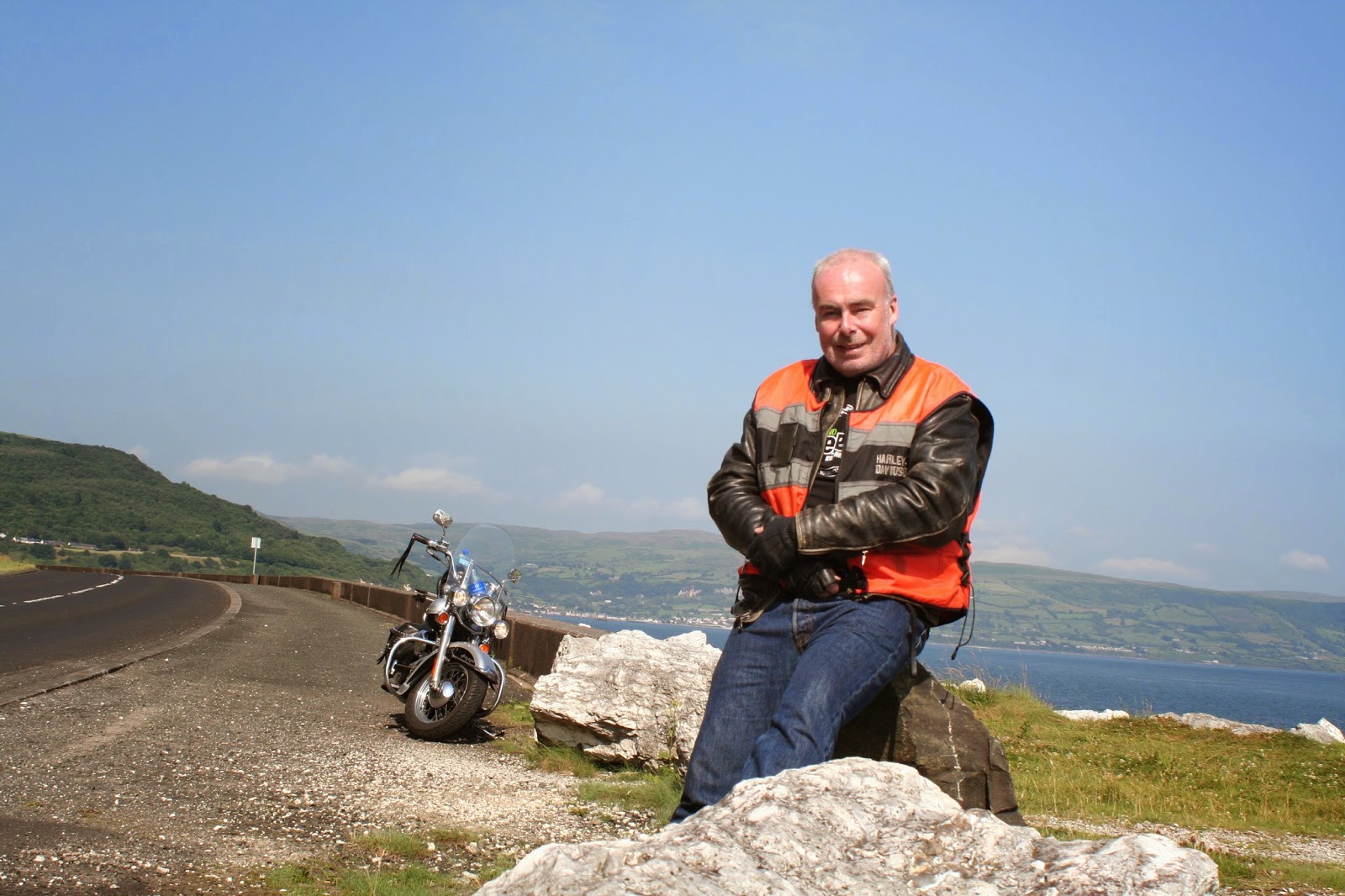 The road from Glenarm to Larne is literally on the edge of the coast, with only a small wall to separate the road from the Irish Sea/North Channel. This was of course part of the 2014 Giro d'Italia cycle race and there are several old bicycles painted in pink along the route, including the statue of a fisherman and his bike near Cushendall. The Giro really showcased Northern Ireland's scenery to the world and it is clear that the locals along the route welcomed the riders with open arms and pink paint. 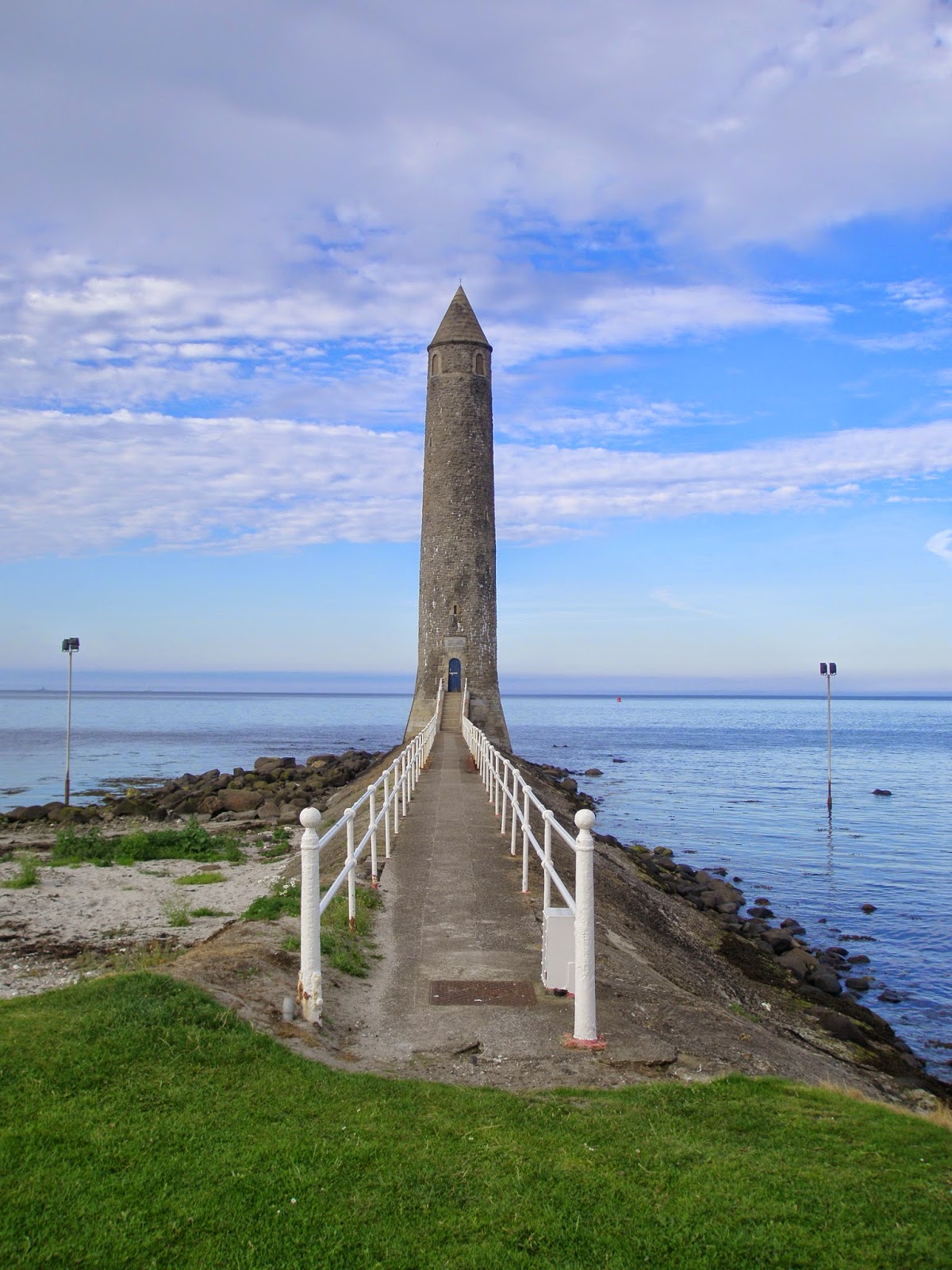 The last stop on this part of my trip was at the port town of Larne. I had been here once before to get a ferry to Scotland, but had never explored the town. The most interesting part for me was the Chaine Memorial Tower which sticks out into the sea. It was built in memory of James Chaine MP. He was responsible for developing the sea route from Larne to Scotland and died at the young age of 44 in 1885. The tower, a replica of an Irish Round Tower, was built by public subscription in his memory.

Tomorrow - on to Belfast and to Co Down!