You Can Never get fed-up of Football! #GAA #Kerry #Mayo #Wicklow? #CrokePark

A belated post about last weekend's terrific All-Ireland football semi-final in Croke Park between Mayo and Kerry which finished 1-16 apiece. A feast of exciting football, with the result in doubt right up to the end, was served up by super players from both sides. 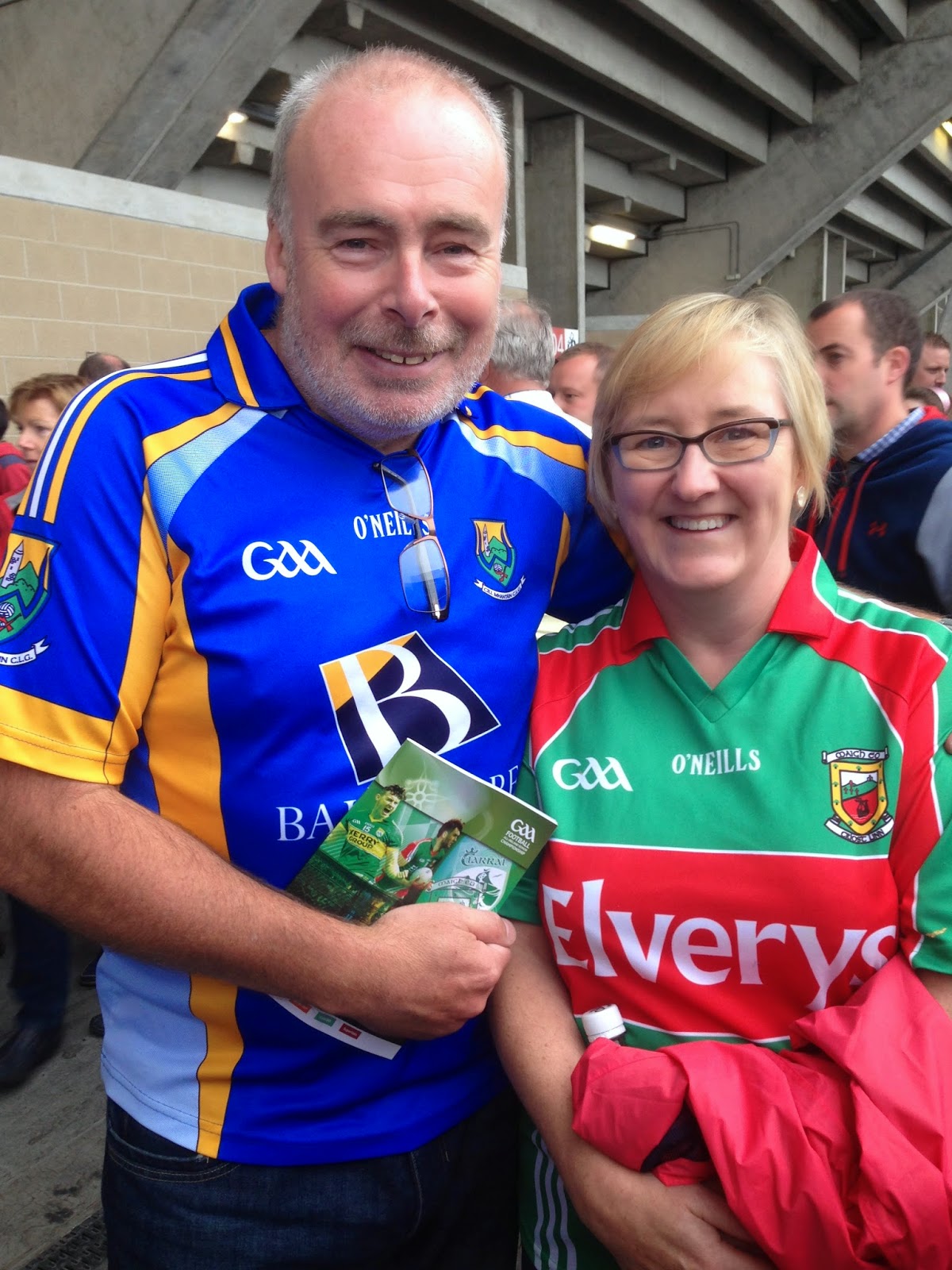 I can't get enough of football! Croke Park is our biggest stadium and is Dublin's version of Wembley, the Nou Camp, and the Bernabeu. A huge crowd of over 52,000 last Sunday stills looks bare. What I like about the GAA and Croke Park is that fans of different counties can mix together - no segregation like they have in soccer. We had two very enthusiastic young boys from Kerry behind us who shouted non-stop throughout the game for their heroes - annoying, but fantastic all the same.

Even though Wicklow were not playing, I decided that the GAA is for all counties and I wore my own Co Wicklow jersey, me being from neither Kerry or Mayo. Of course I am married to the lovely Roma from Castlebar, so as you can see in the photo she is appropriately dressed for the occasion. One Mayo supporter said it was "bullshit" that I was wearing a Wicklow jersey - but I think it adds to the colour of the occasion.

The game was won and lost several times by both teams and I was really impressed by both, especially in the second half. Great scores and excitement all the way to the end. I'd love to go to the replay, but it is on in Limerick - like most other people I feel that this was a big mistake. The GAA want to keep Coke Park available in case there is a draw in next Sunday's match between Donegal and Dublin. This match might end in a draw if the Dubs play with one hand tied behind their backs!

Here are some highlights (from RTÉ) of the match: