Leaving the busy centre of Bangor I continued on around the North Down coast via Donaghadee where there is also a fine harbour with a lighthouse at the end of its pier. This part of the Mourne Coastal Route travels down the east side of the Ards Peninsula and back around Stangford Lough to the village of Strangford. There is of course a ferry from Strangford to Portaferry, but I decided to go around the Lough (which takes about 50 mins) rather than take the short cut. 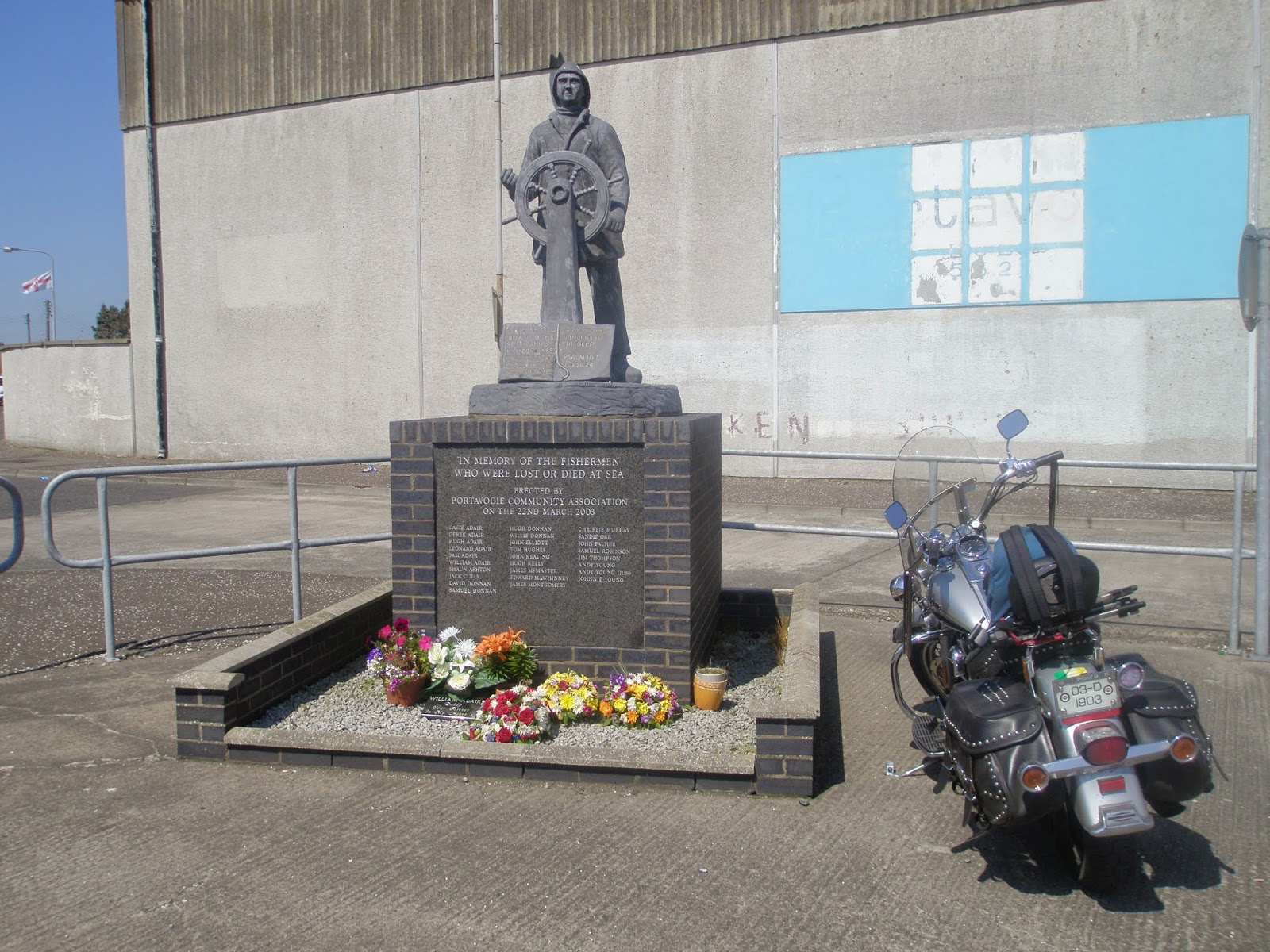 The road on the eastern side of the Ards Peninsula runs mostly on the coast - on clear days you can see the most south-western parts of Scotland, and the Isle of Man. I motored on through the villages of Millisle, Ballywalter, Ballyhalbert, and to finally to Portavogie. Here I stopped briefly at the harbour which is best know for its fishing fleet. I felt sorry for the fishermen who harvested the battered prawns I ate last evening in Carrigfergus. There is a fine monument "In Memory of the Fishermen who were lost at sea" at the harbour - there are 27 names recorded, sadly with room for more to be added. At this point I am at the most eastern part of the island of Ireland! 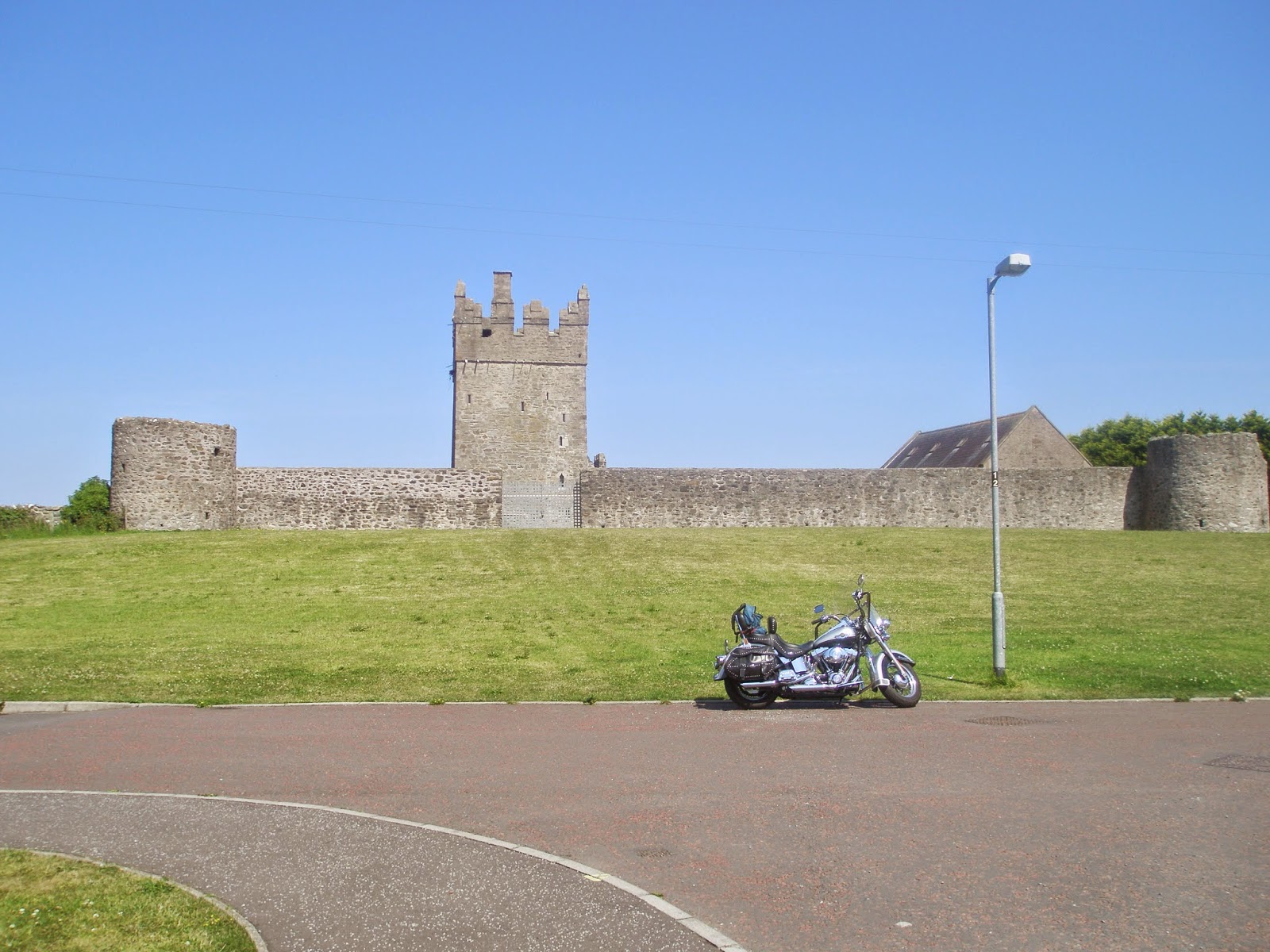 Not far past Portavogie is is the village of Cloughey where Kirkistown Castle which was built in 1622. Though open to the public, it was closed when I was there and I rode around to a nearby estate to get a better photograph. The castle gives its name to a local golf club, and of course to the famous Kirkistown Motor Racing Circuit.

The southern tip (Ballyquinten Point) of the Ards Peninsula is not accessible by road, but you can get pretty close at Barr Hall. I had visited this area many times while a student at Trinity on Marine Biology Field Trips to Portaferry. Coming into Portaferry I first stopped at the local church to visit the grave of my Aunt Breda who was also my Godmother, and then met with my Uncle Seámus and Cousin James. Somehow I managed to forget to take a photo of the three of us.


Overlooking Portaferry is a ruin of an old windmill, built in 1771 but destroyed by fire on Christmas Day in 1878. At one time there were no less than 82 windmills stretching the length of the Ards Peninsula. Indeed it must have looked much as the Netherlands does today, and it was undoubtedly this feature of the Peninsula which gave rise to the acronym “Little Holland” (WonderfulIreland.ie). There are fantastic views of Portaferyy, up Strangford Lough, and across to the Mourne Mountains from the Portaferry Windmill.

It was back heading northwards again leaving Portaferry to tour around the inside of Strangford Lough. At Kircubbin I stopped for petrol and spent a long time chatting to a fellow Harley rider about bikes and touring. At the top of Strangford Lough is the town of Newtownards (where I was arrested, but not charged, in 1982!). Overlooking the town is Scrabo Tower which is visible from most of north Down. It was built in 1857 as a memorial to Charles Stewart, 3rd Marquess of Londonderry who was one of the Duke of Wellington's generals during the Napoleonic Wars. 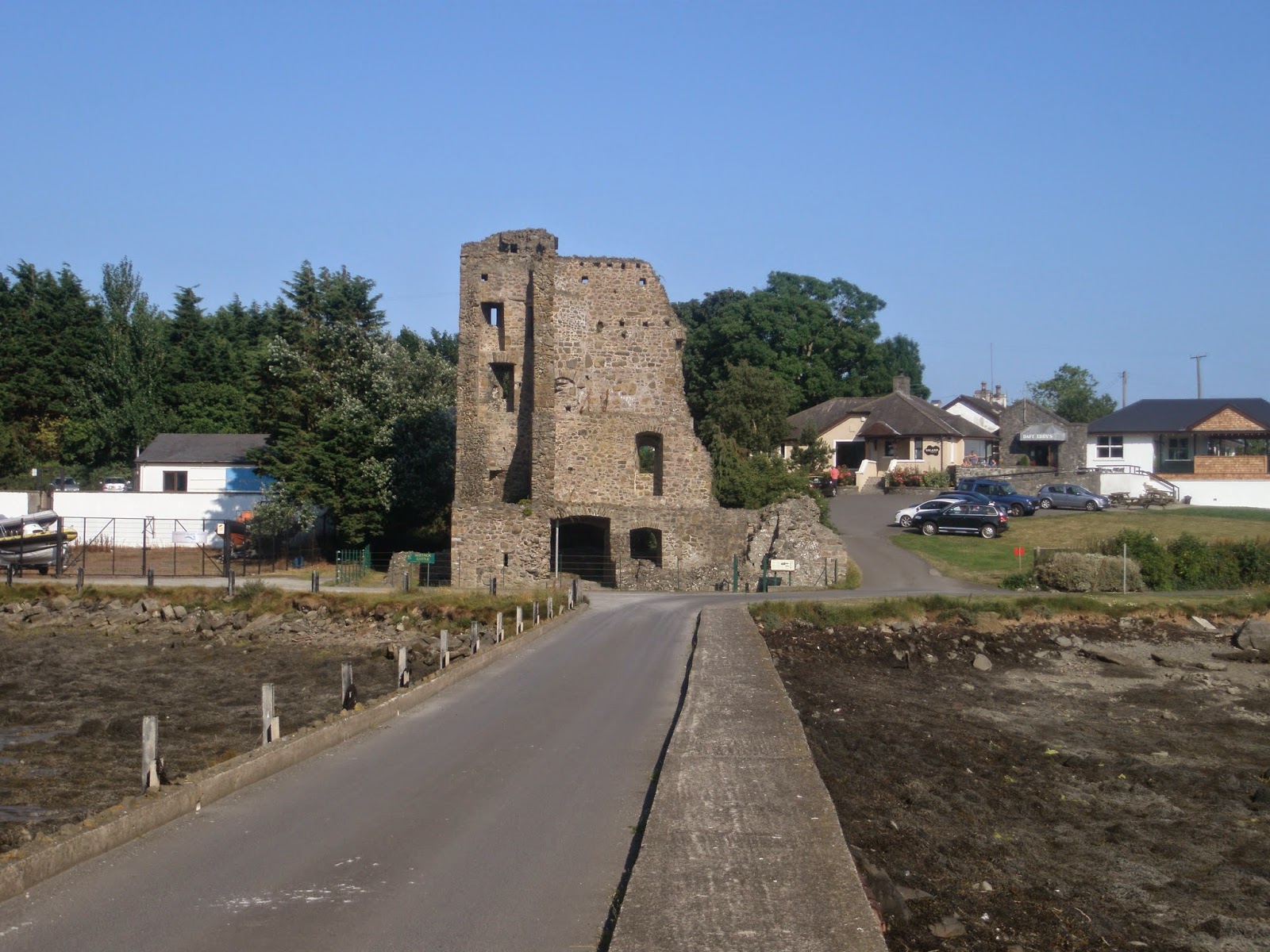 I stopped next at Ballydorn where a lightship, called the "Petrel",  has been used since 1968 by the Down Cruing Club. Close by is where there are wonderful ruins of Sketrick Castle, which dates back to the 15th century, but which was destroyed in a storm at the end of the 19th century. Right beside the ruins is the wonderfully named "Daft Eddy's Restaurant"! 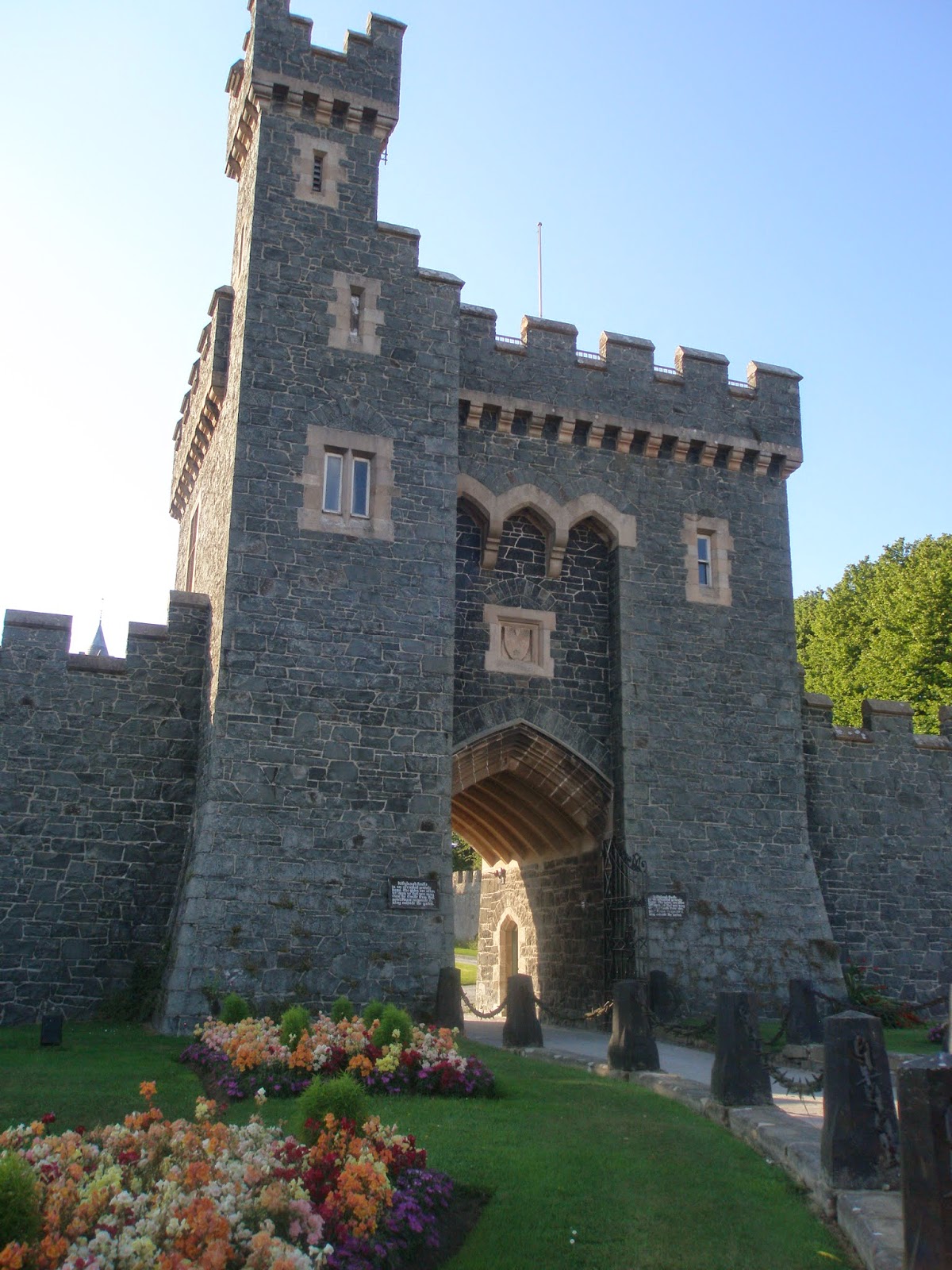 In the town of Killyeagh I stopped outside the castle. I would have liked to have toured the grounds and get a closer look, but the castle is private, and is believed to be one of the oldest inhabited castles in Ireland. Parts of the castle date back to 1180, though the walls were built in 1625. Oliver Cromwell was a visitor here in 1649, though I am sure he was not welcomed with open arms when his forces blew up the gatehouse and attacked the castle! Downpatrick is the county town of Down, and also the reputed location of where St Patrick is buried. It leads to the final part of this section of my tour to the village of Strangford. Along the way I stopped at the magnificent 18th century Castleward. One interesting thing about this grand house is that one side is designed in Classical Palladian style (as in my photo), while the other side of the house is designed in Georgian Gothic style. Apparently Lord Bangor and his wife could not agree on which style to use, and each got their own way!

Tomorrow - the final part of my Causeway and Mourne Coastal trip.