The final section of my tour of Northern Ireland took me around the Mourne Mountains in Co Down. Though not as specular as the Co Antrim coast, I certainly enjoyed this road in the early evening sunshine. I think that it would be even better if done on the morning when the sun shines from the east. 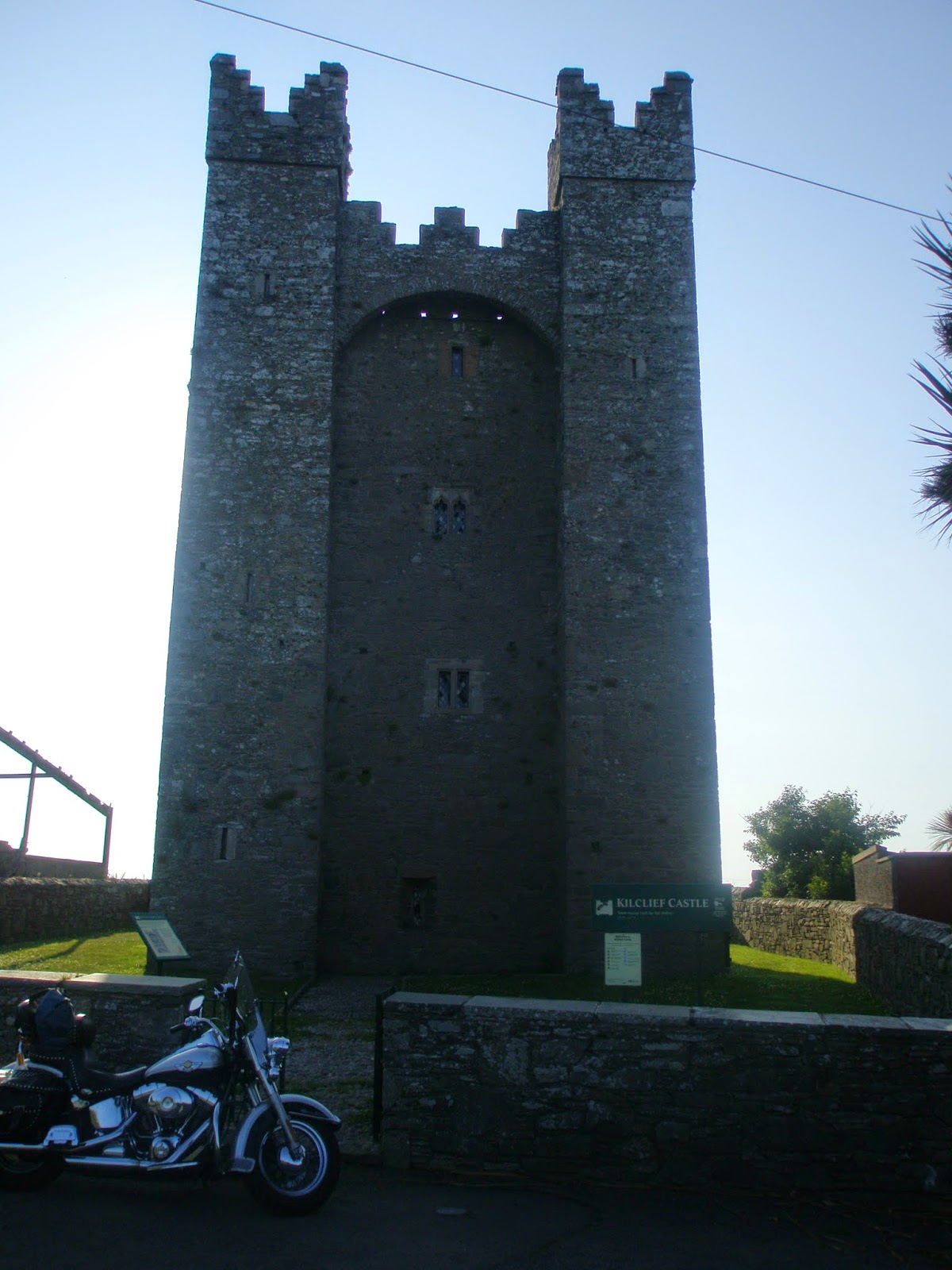 At first the road runs along the edge of Strangfrod Lough and I can see back towards the Ards Peninsula where I had been a few hours earlier. Just as the road turns inland for the village of Ardglass I came across the very fine Kilclief Castle which dates from 1413. It is open to the public in the afternoons only and it was closed for the evening and I could not get inside. Nevertheless, a nice surprise as this is the earliest surviving tower house in Ulster. There is a good poster sign showing how the inside might have looked when it was inhabited. 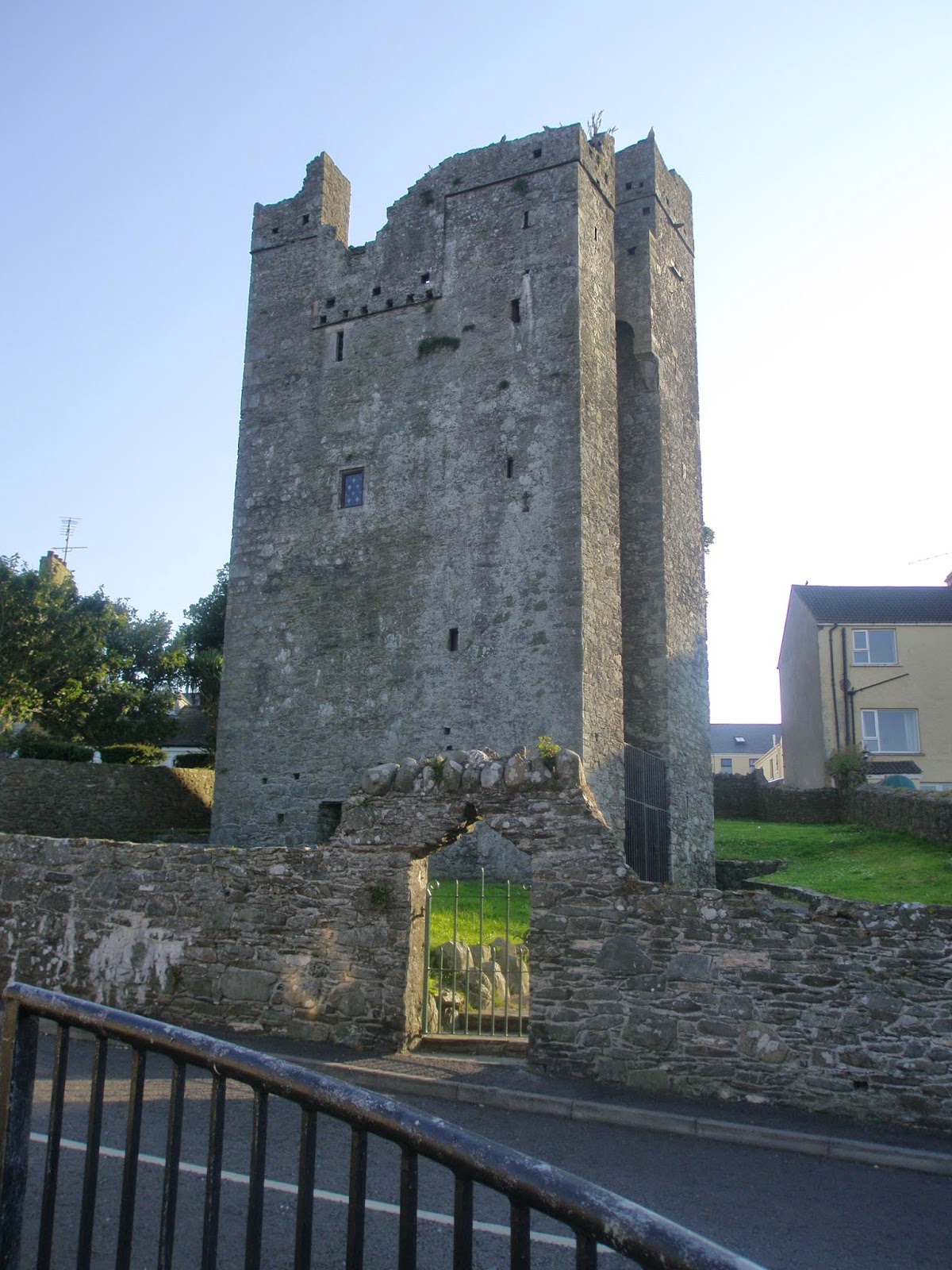 I motored on to Ardglass, a village which contains four medieval tower-houses - more than any other town in Ireland. The best known of these is Jordan's Castle (photo to right) - the other three are  Ardglass Castle, Cowd Castle, and Margaret's Castle . 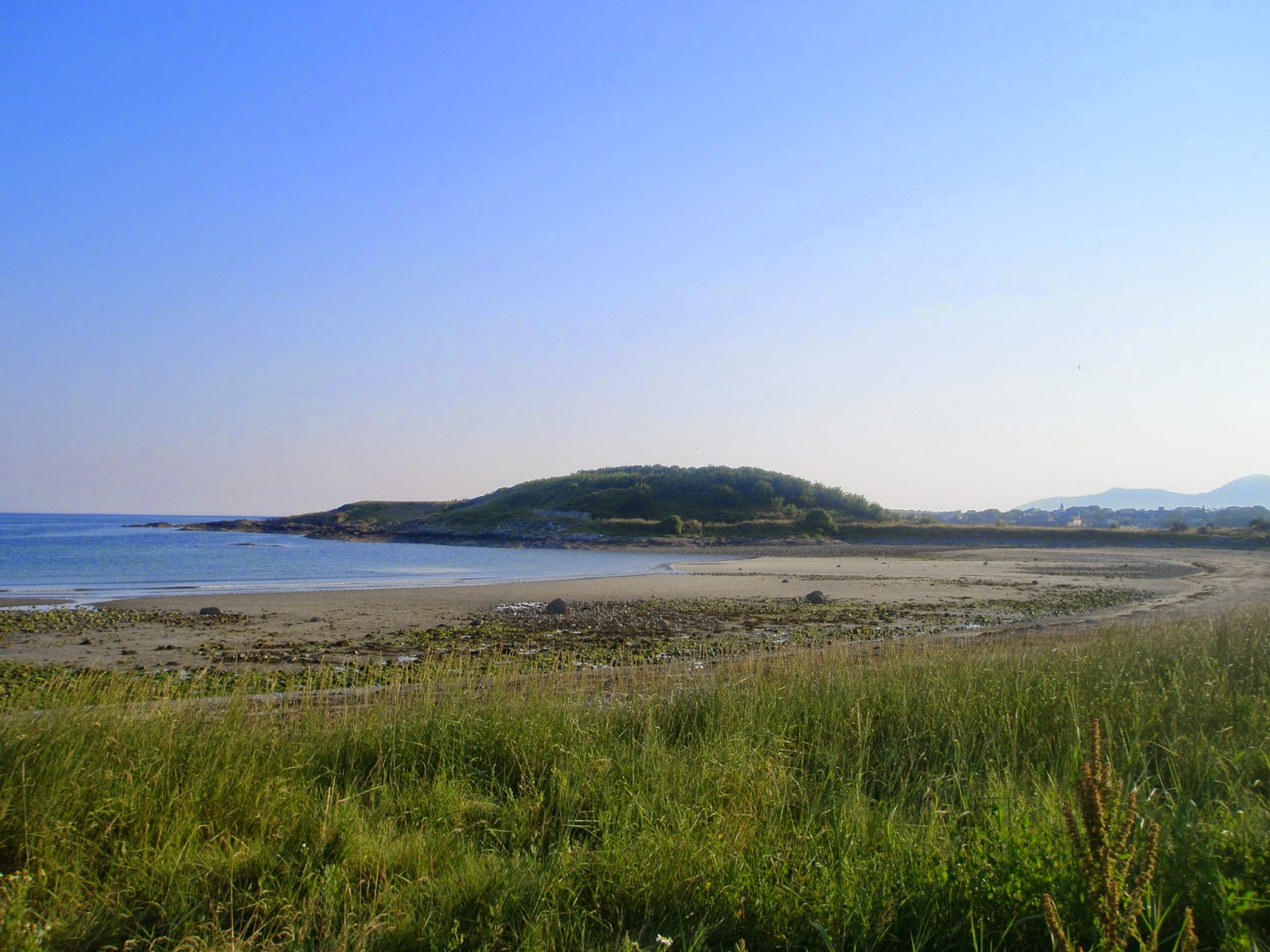 Close by there is Coney Island (which is not really an island) - a namesake of the more famous version in America, and of course another one in Co Sligo on the Wild Atlantic Way.Further on the road is the village of Killough, which is similar to Ardglass in that it is situated on a circular bay. There are lots of lovely sycamore trees lining the main street here. Accoridng to Wikipedia "Killough is in the running for a nomination in the competition for Ireland's first Amish Village, helped in no small way by the absence of an Off-License, a Chinese Takeaway, a Bookmakers and indeed any form of craic at all"! 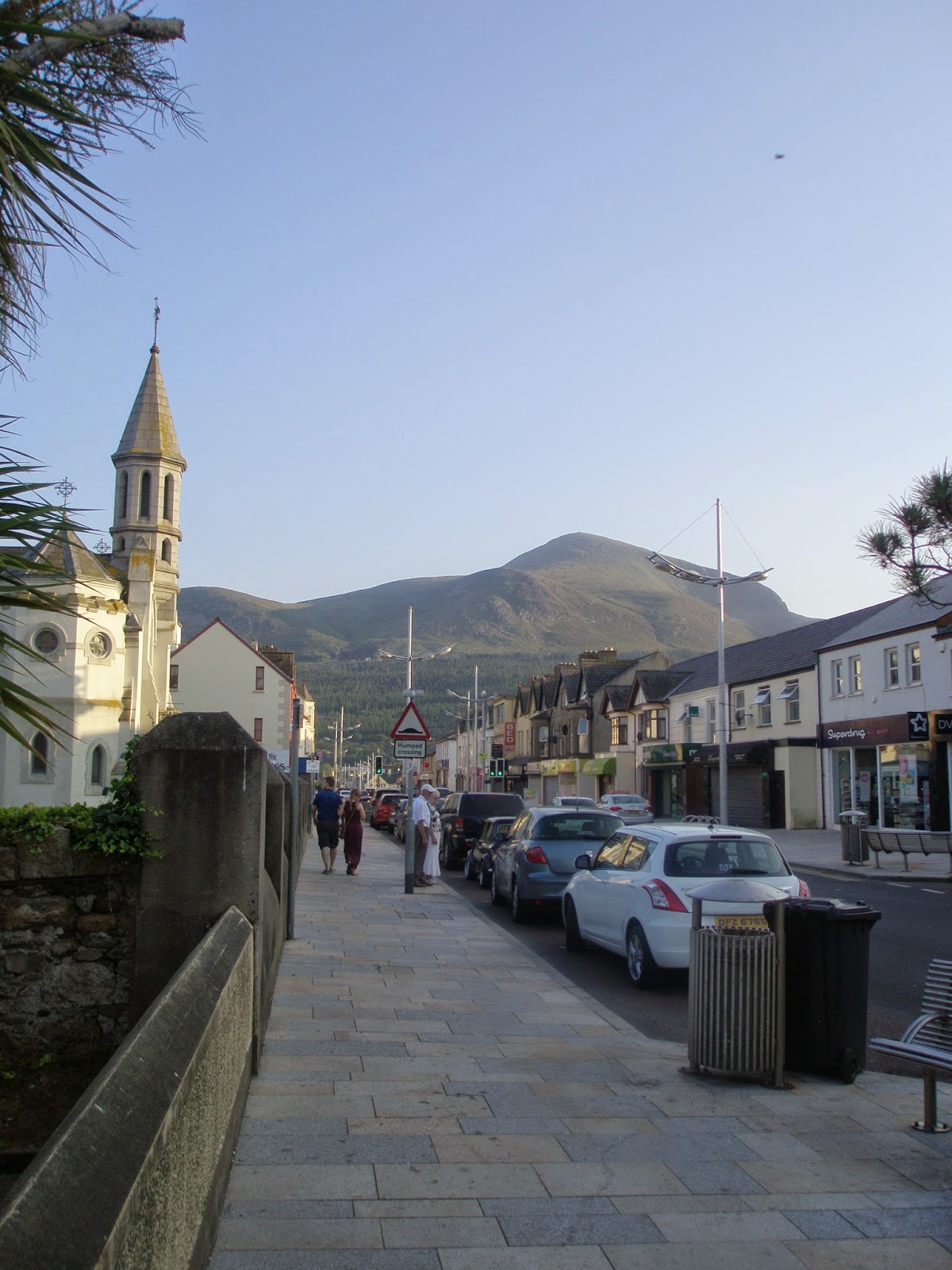 Following Killough, I was getting closer to the Mourne Mountains - there were in the misty distance at the time (and hard to photograph). I passed the quiet villages of Clough and Dundrum before reaching the much busier town of Newcastle which has the beginning of the mountains as a gorgeous backdrop - you would think you were in the Alps here! It is a popular seaside resort and starting point for tourists checking out where the mountains of Mourne sweep down to the sea. 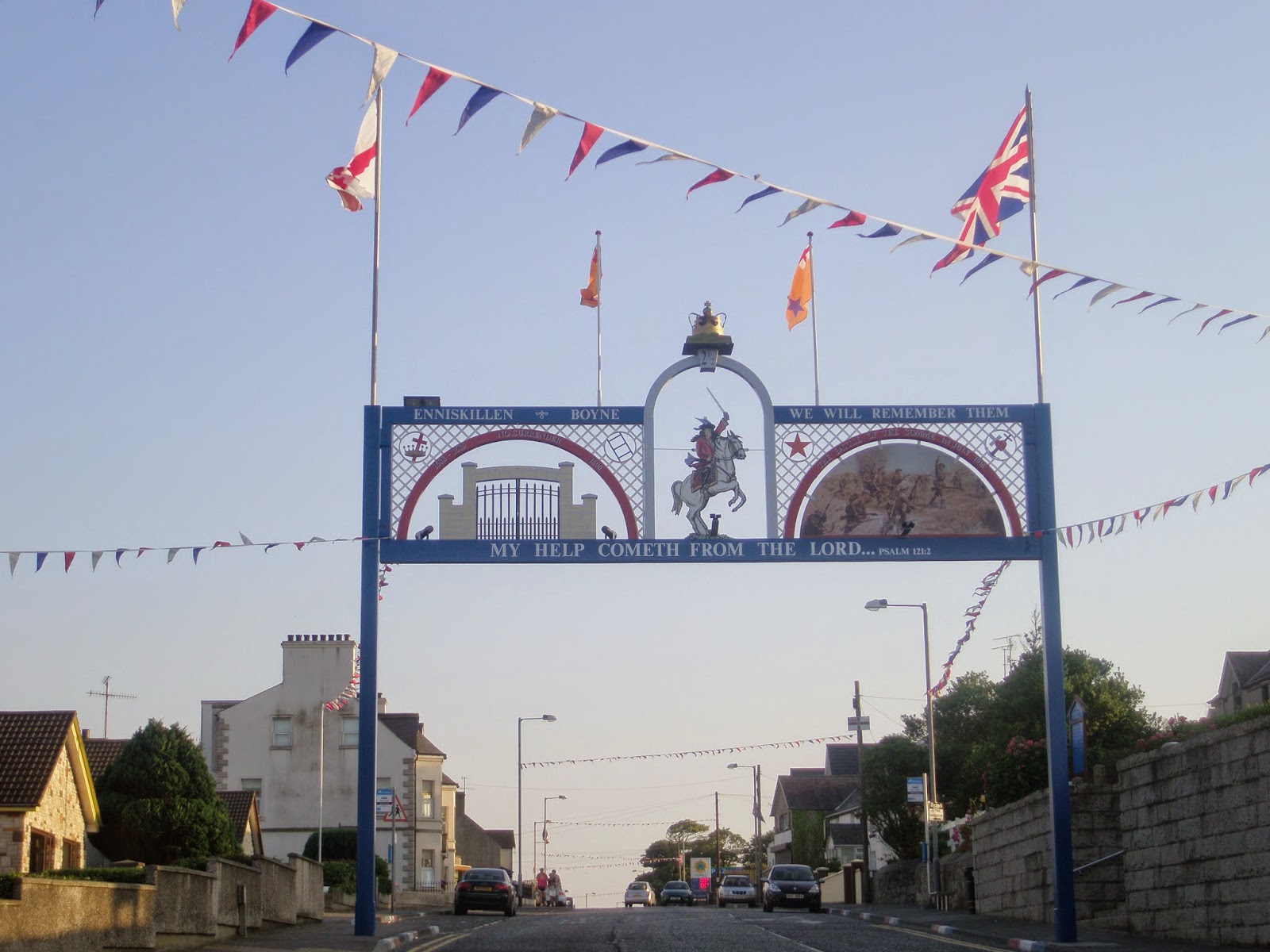 In the village of Annalong I stopped to take a photo of an archway across the road featuring King William III on his white horse - it also bore the legend MY HELP COMETH FROM THE LORD (Psalm 121:2). Like many towns and villages across Northern Ireland there was lots of colourful flags and bunting out to celebrate the 12th July. 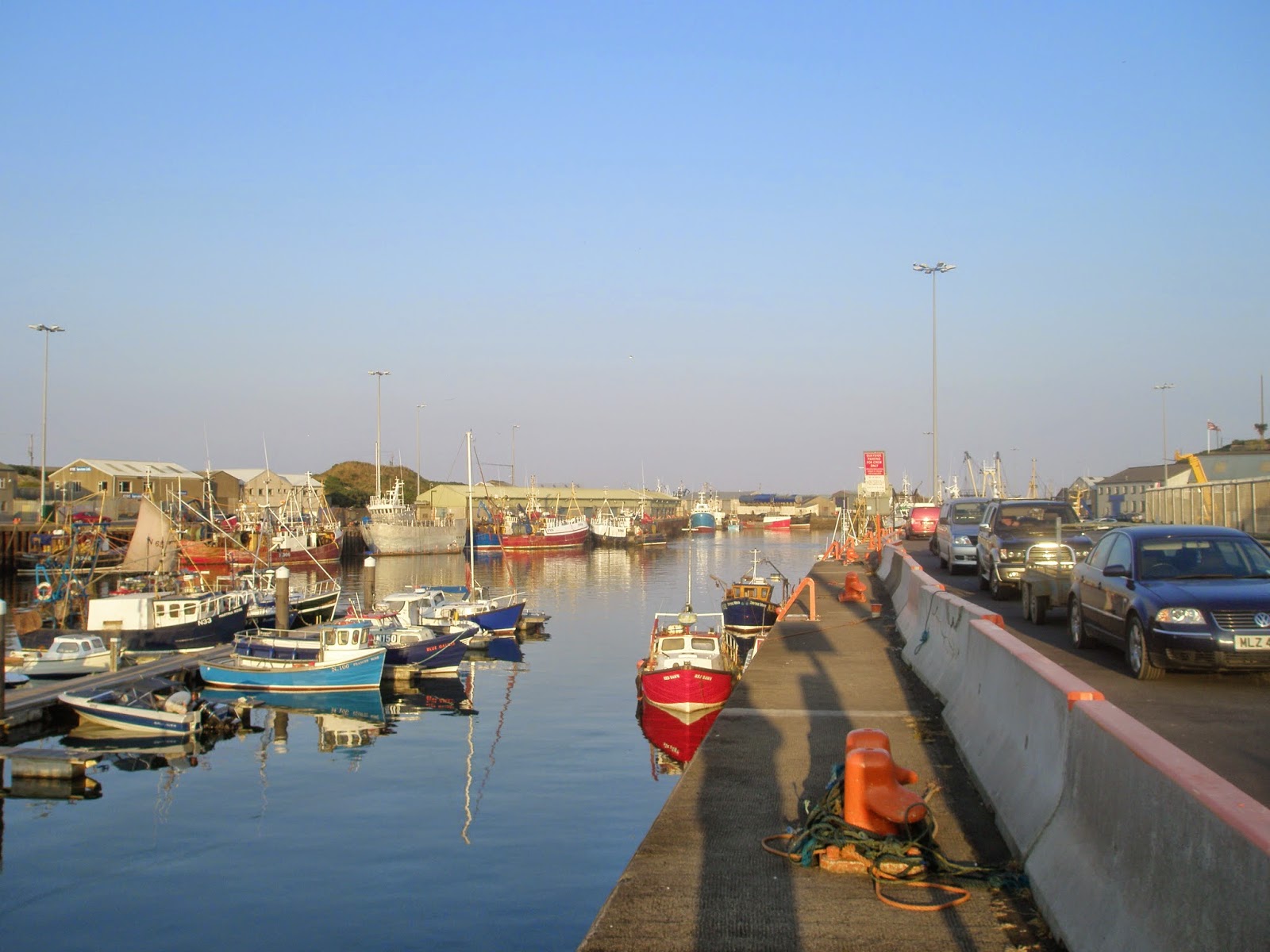 In Kilkeel, I paid a quick visit down to the harbour - this is the main fishing port in Co Down, with one of the largest fleets in Ireland taking shelter here. Interestingly, the river Aughrim runs though this town of winding streets. I motored inland from here to the village of Rostrevor. By now the sun was almost setting and I got a great view of the sea and hills around this village and Carlingford Lough. MAny well known people lived in Rostrevor, including Dana, Mary McAleese, and T. K. Whitaker (the economist and a pivotal figure in the development of the Republic of Ireland). 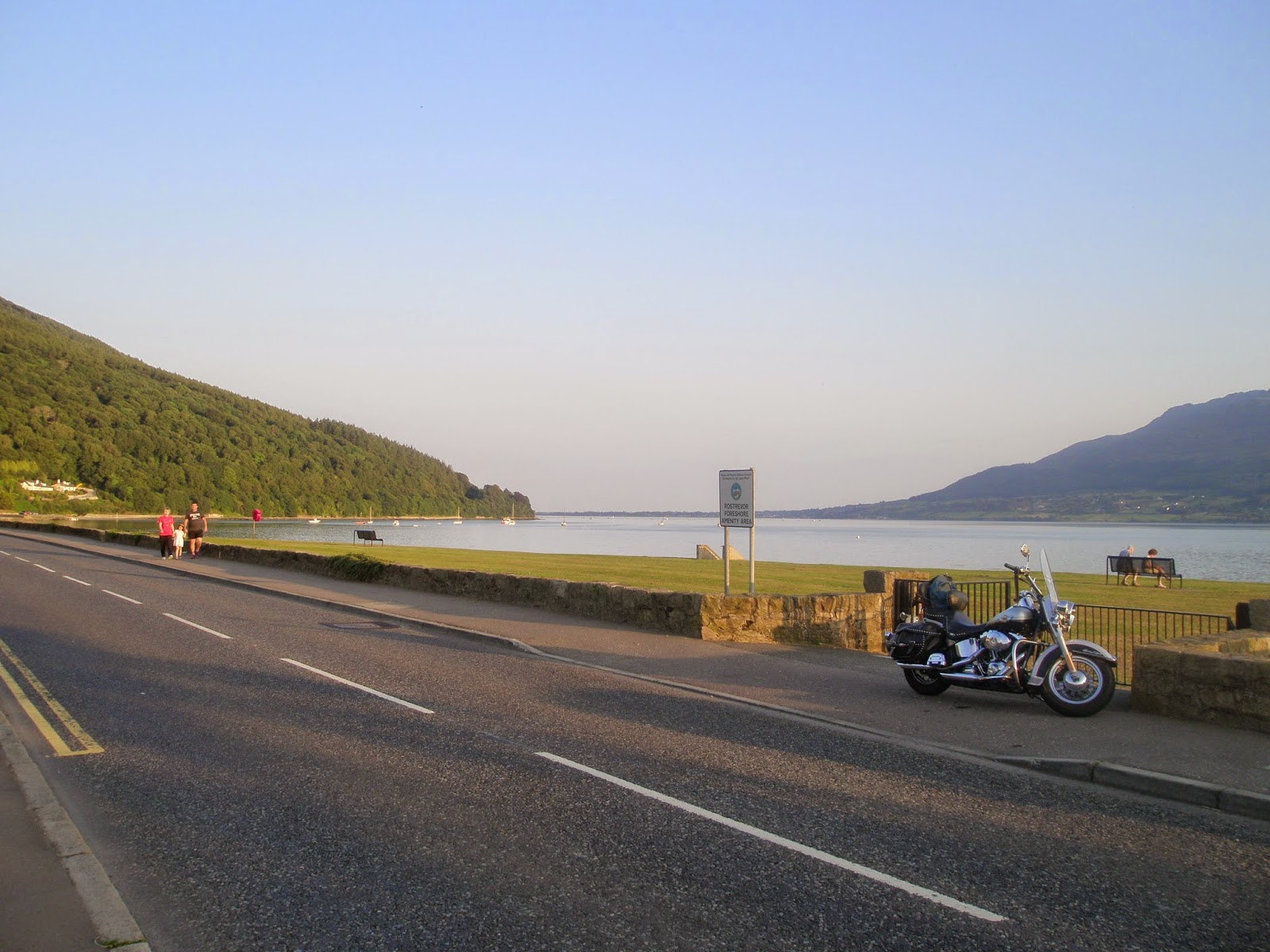 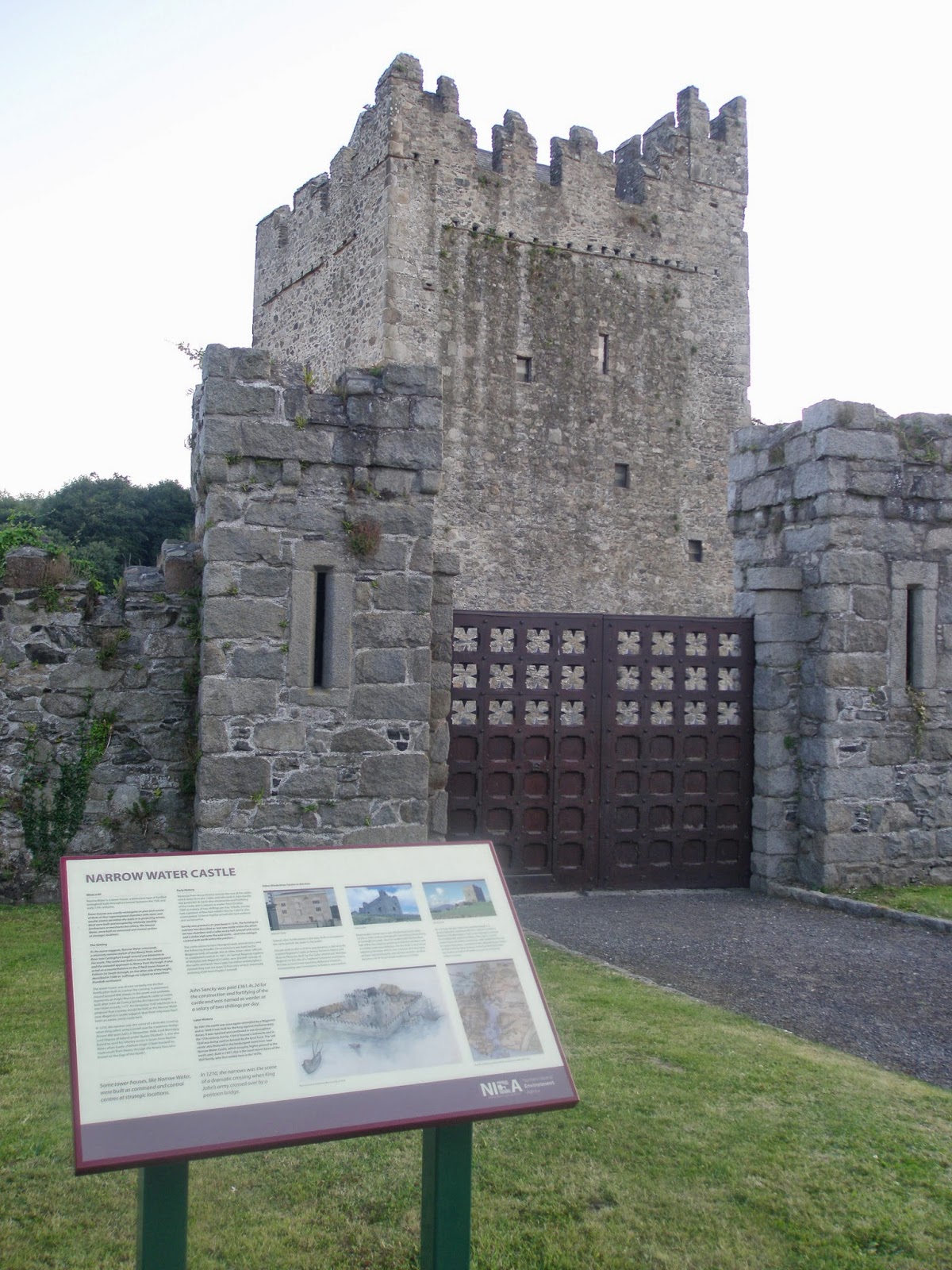 I was now against the clock before dark set in. At Warrenpoint I had time to stop at the Narrow Water Castle. A sign at the castle tells us that it was built by John Sancky in the 1560s, and that it cost £361.4s.2d. For me the Mourne Coastla Route ends here as it is a dual carriageway all the way to Newry from here with little of interest to see or do between Warrenpoint and Newry. IN Newry I filled up with petrol and headed home to Dublin.

I had a great time going around the Northern Ireland coast. Being short, it took just three days and is a lot quicker than my 10-day trip around the Wild Atlantic Way. It is well worth doing this trip on the bike - especially the north and eastern coasts of Antrim.


This also marks the end of my tour of Ireland - I have now been all around the entire coast. I have seen lots of sights I never saw before, and have been to many places I had never been to before. We have a wonderful island and we don;t know it!.

"Exploring Northern Ireland's Causeway and Mourne Coastal Routes" - I wonder is there a book in this?