The fourth part of my journey around the Northern Ireland coast took me from Larne in Co Antrim, through Belfast, and on to Portaferry in Co Down. This is quite a populous and built up stretch of the coast with only the Ards peninsula offering lots of countryside. 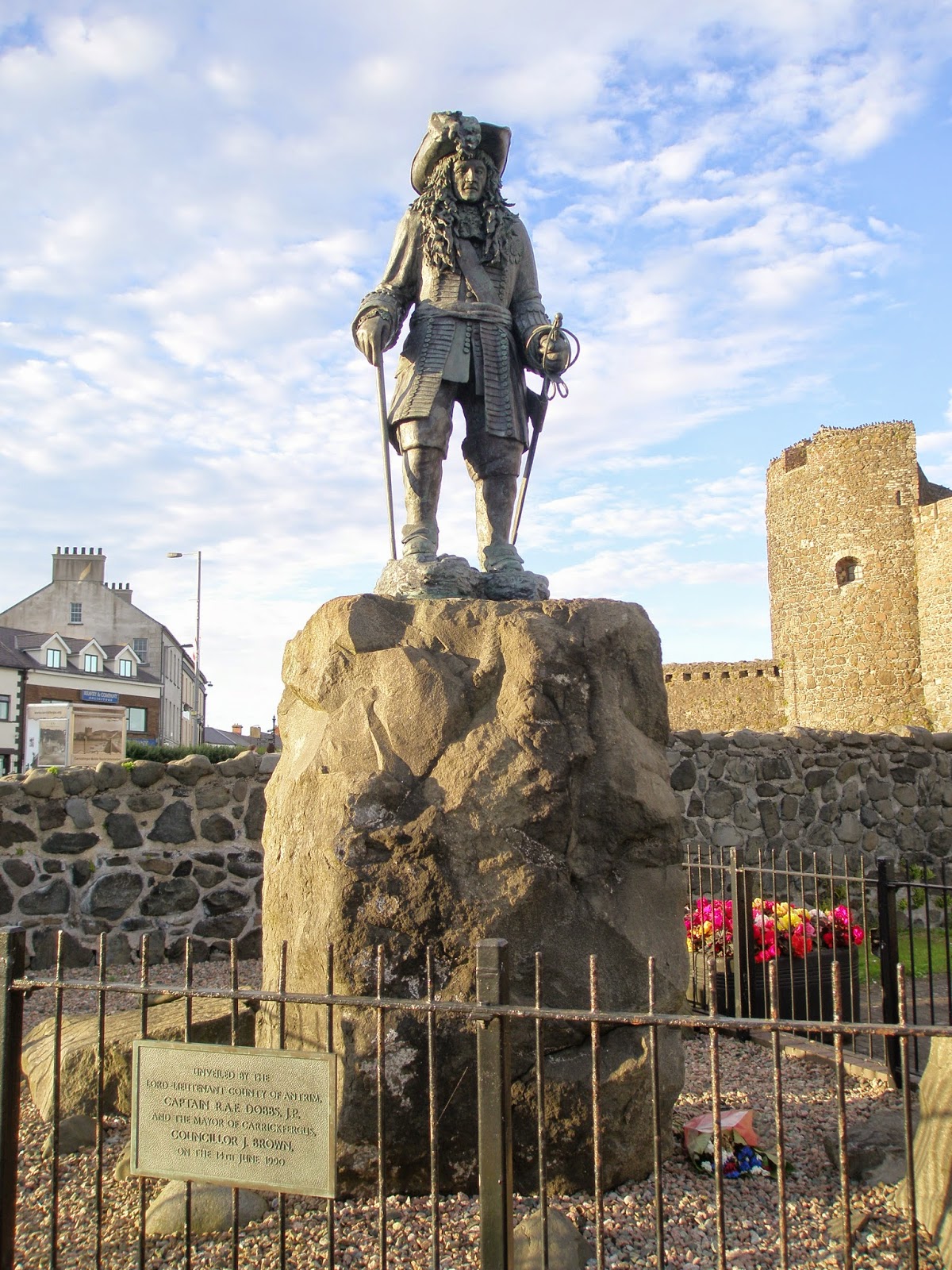 The road from Larne to Whitehead runs close along the coast, but only in some places is there a sea view. I decided not to detour around the Islandmagee peninsula as it was evening time, but may do do the next time I am visiting Belfast. My first stop was at Carrigfergus to see both the electricity station and the castle - quite a contrast between the two which are clearly visible from another. The castle is magnificent and features a Redcoat Guard looking down from the top wall. The castle was built in 1177 and today it has a fine statue of William of Orange who first set foot in Ireland on 14th June 1690 on his way to victory over King James II at the Battle of the Boyne. 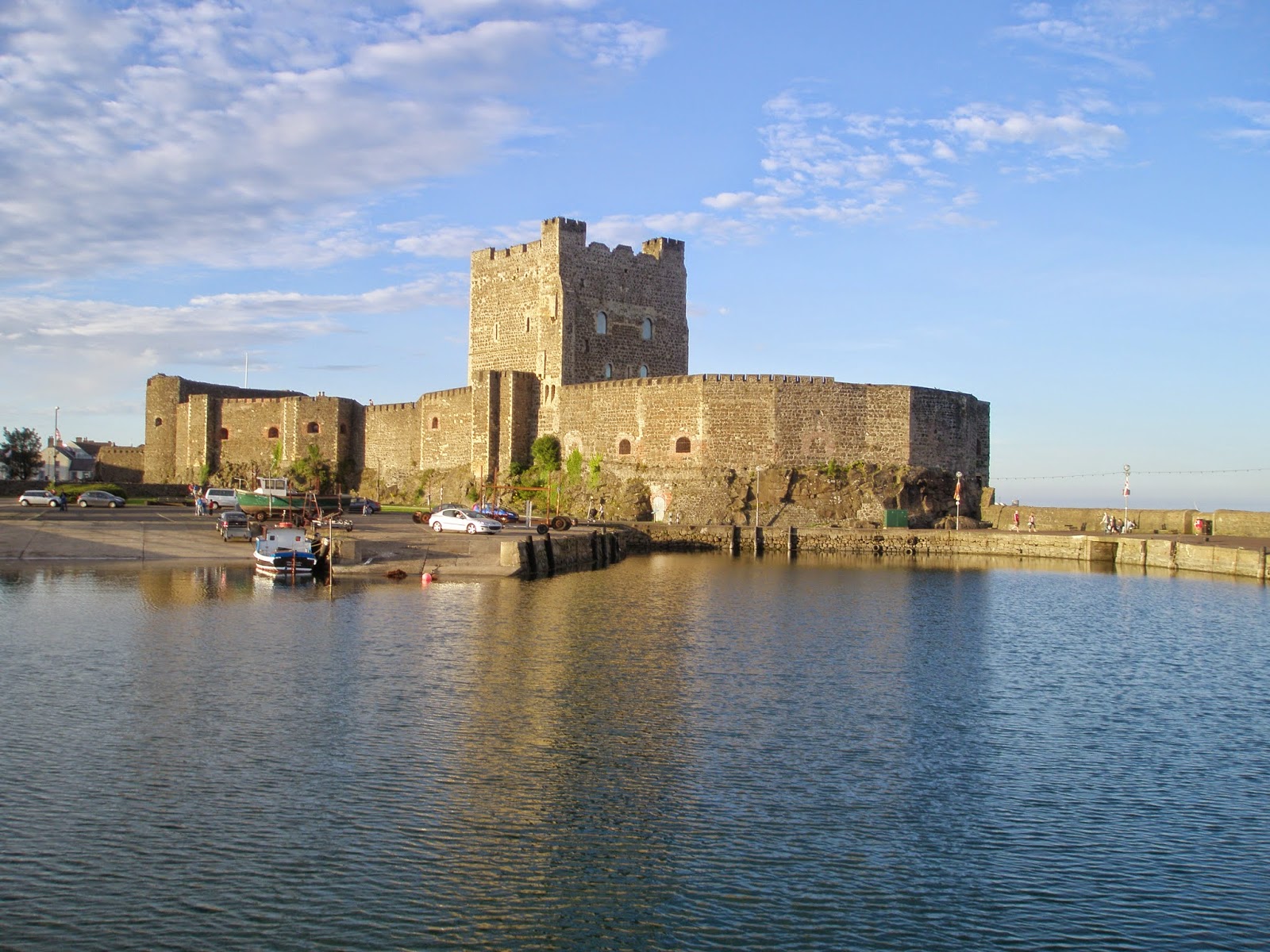 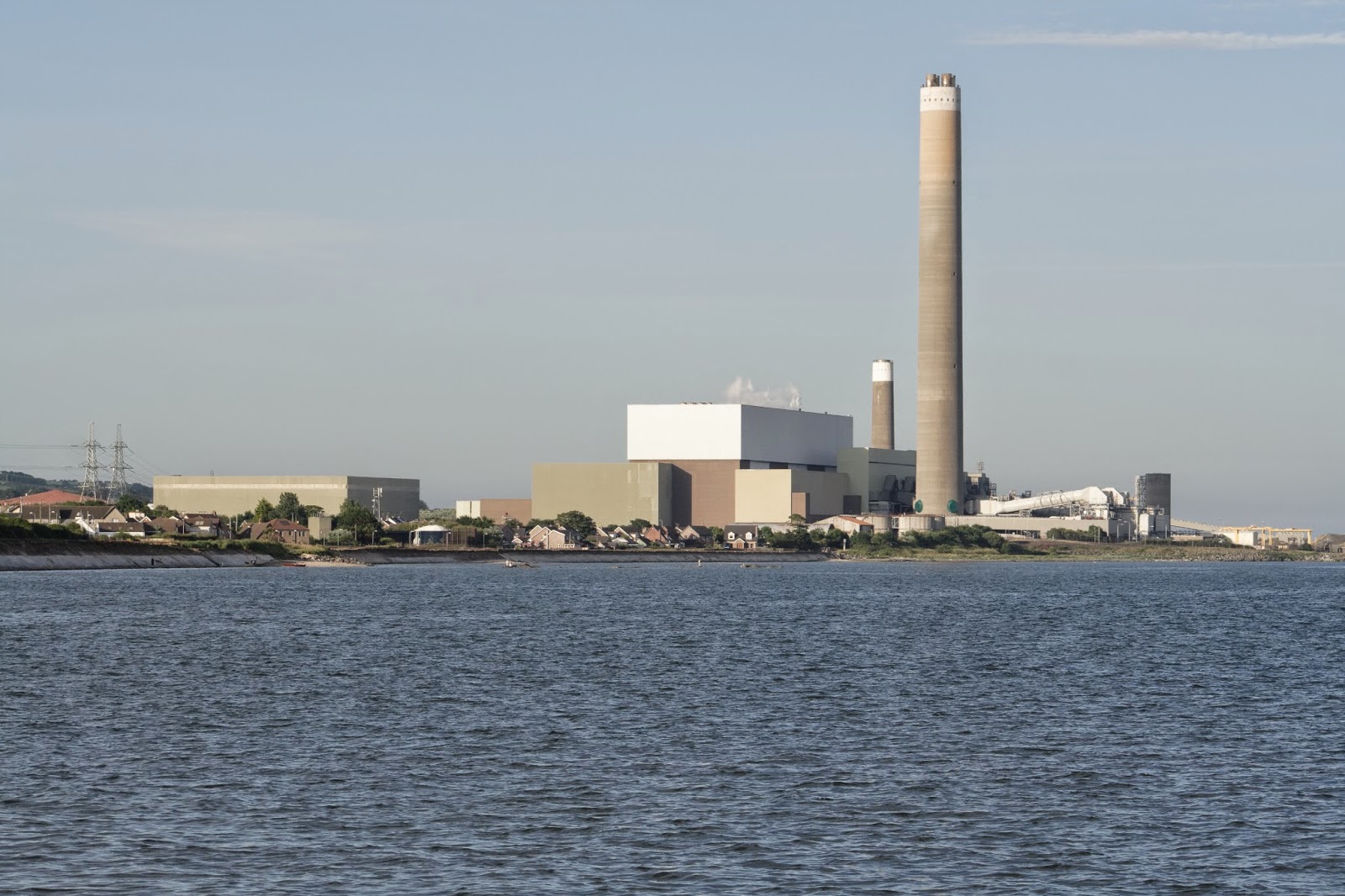 I spent the night at the Dobbin's Inn Hotel - basic, but cheap accommodation. For dinner I went to the busy PaPa Brown's Grill where I had some scampi with my batter. The WiFi network was not working here and along with the mediocre food - this made for a less than enjoyable dining experience. I stopped for a pint in the hotel bar where I listened for a while to an animated debate about Scottish Independence between three drunks. I went to bed. 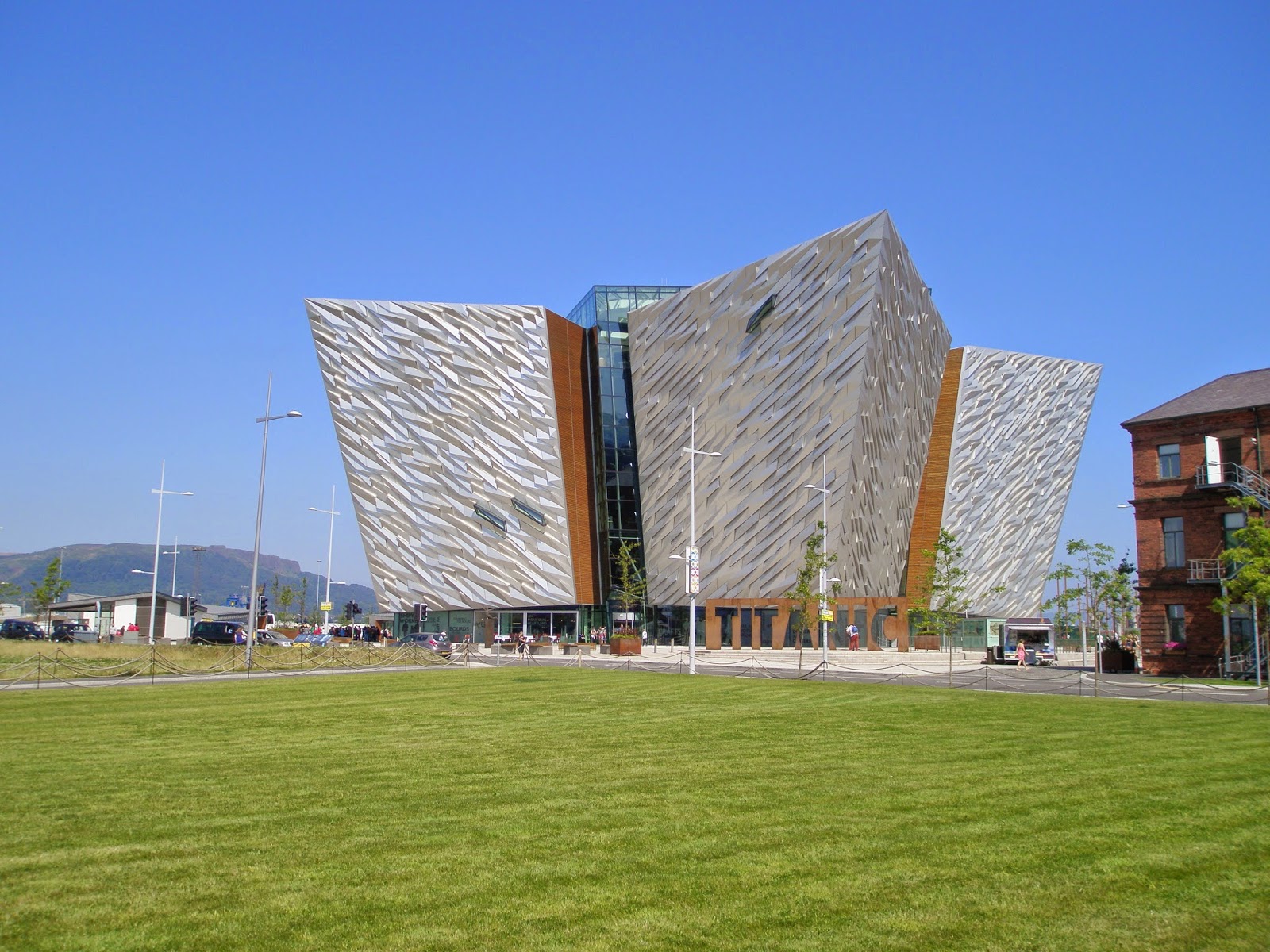 Leaving Carrigfergus I headed for Belfast which marks the end of the Causeway Coastal Route. The Northern Ireland coast has been a great ride so far, however - I did not intend to tour a city as part of the trip and I moved on through Belfast to get to the Titanic Quarter where I viewed the new Titanic Experience building. I got a bigger thrill seeing the iconic Harland and Wolff yellow cranes which have been dominating the Belfast sky-line for - these are classed "Samson" and "Goliath", and were built in 1974 and 1969 respectively.

The Mourne Coastal Route begins in Belfast, so I set off for the Co Down coast. I stopped first at the town of Hollywood (home of golfer Rory McIlroy) near which is the Ulster Folk and Transport Museum. There is also a fine promenade in the town with fine views of Belfast Lough, on which I took a short walk. I passed through the area of Helen's Bay and stopped in the village of Crawfordsburn where there must be a local rule that everything should be painted in black or white paint! 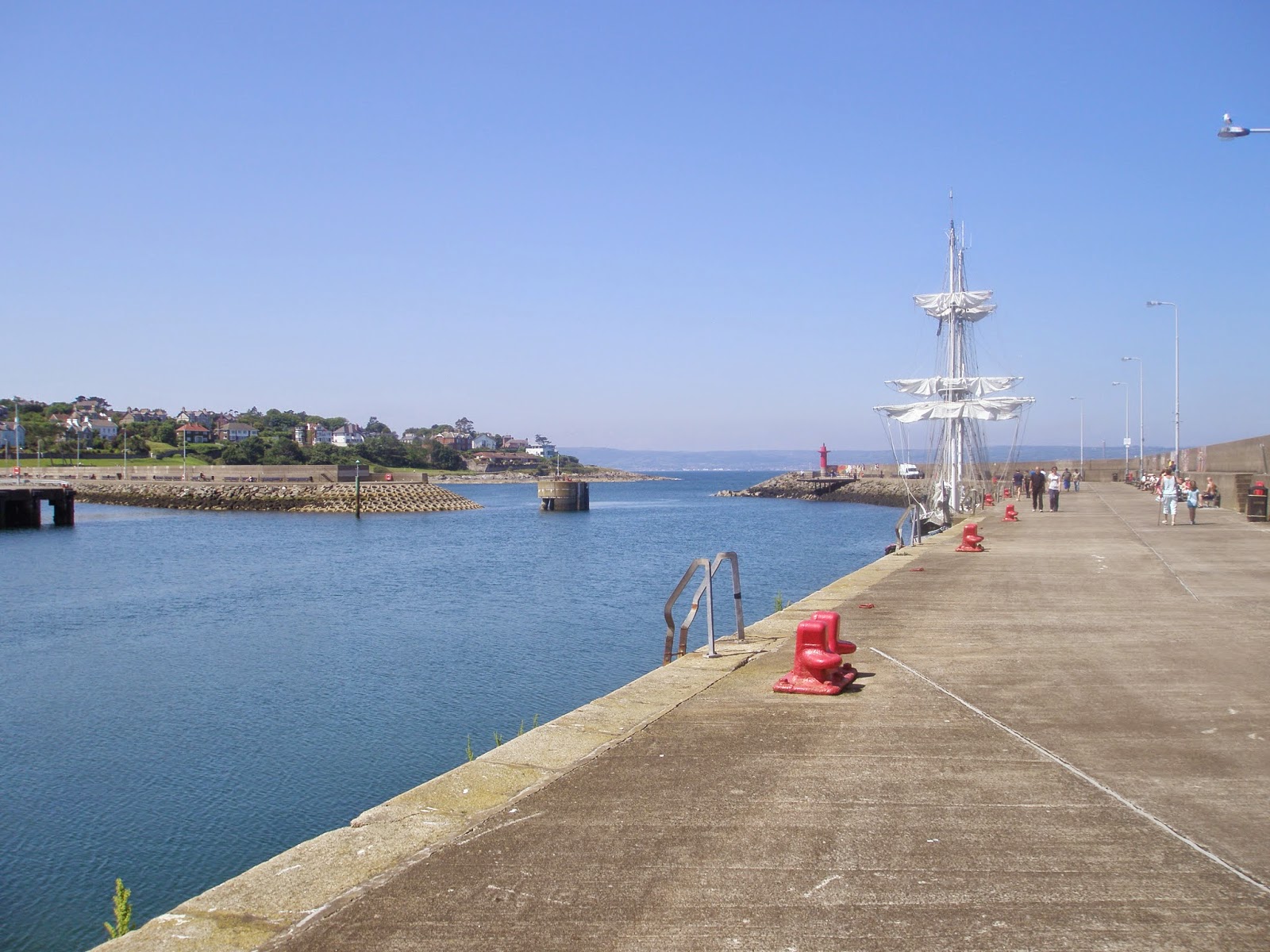 Riding through Bangor I stopped at the very busy harbour to call on the Tourist Office to get a map of the Mourne Coastal Route - would you believe it, they didn't have any! Bangor is a very busy town set around a picturesque harbour. The pier here is called Eisenhower Pier after the US President of the same name who addressed troops here a few days before the D-Day landings.

Tomorrow - the rest of Co Down!