There are just over 1,000 subscribers to my YouTube Channel - I appreciate every single one of them. Subscribers are from all over the world, but unlike views - the growth in the number of subcribers is very low in comparison. The following chart illustrates the change in subscribers since 1st January 2009: 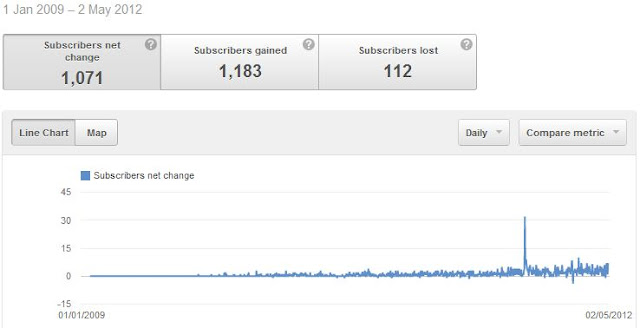 The huge solitary peak is from 21st October 2011 when the NCI Marketing team published a Press Release, which was subsequently picked up by Silicon Republic - "Irish computer lecturer is a YouTube hit". This happened when the channel hit 500,000 views, I got a lot of subscribers on that day.

Many viewers take the time to comment and to click the Like/Dislike button - thankfully most are "likes"! The chart below illustrates a comparison between the Likes/Dislikes: 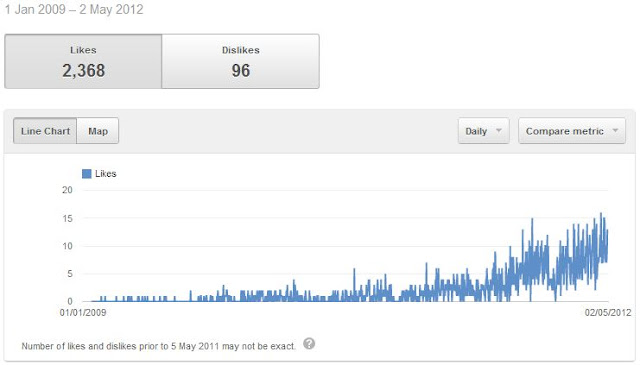 It has started to grow in favour of "likes" since the middle of last year. It's great to get so many "Likes" - but each "Dislike" still hurts (96 times)!

Finally - the number of viewer comments on the channel is approaching 1,000 as illustrates by the chart below: 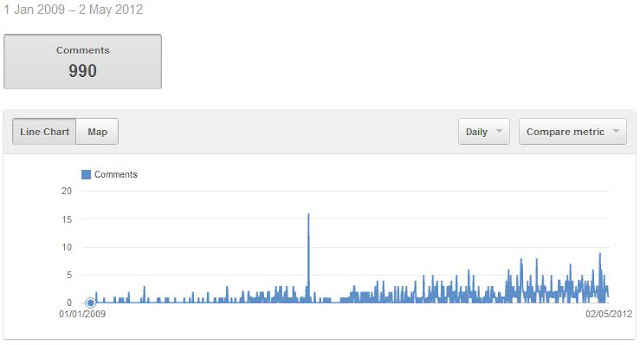 The peak in the centre (which represent 16 comments in one day) was recorded on the 8th June 2010 - I think (YouTube does not date comments) that this was an occasion where a viewer (@AMANJOTROCKS) and I used comments to resolve an issue with YouTube videos not working in PowerPoint as my video on this did not work for him/her - in the end we got it right. @AMANJOTROCKS' comment was "omg it worked!! thank you so﻿ much for your help :)" - glad to be of service.