One interesting thing about having a YouTube channel is that you get detailed free analytics (previously called "Insight", now called "Channel Stats"). They are great fun to look at, but also very informative about who, when, and where viewers are watching your videos. The first image below shows the lifetime views for the channel: 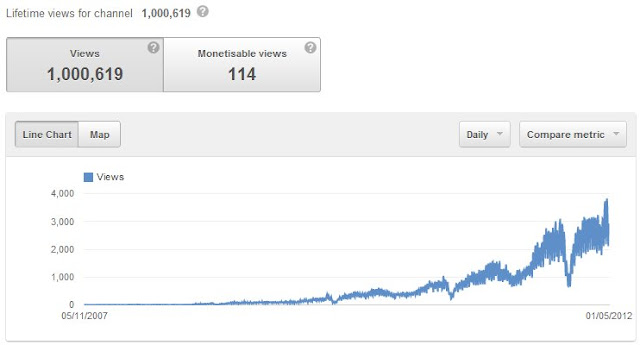 I started the channel on 5th November 2007, and as you can see it took a long time to get going - it wasn't until nearly three years later that the number of views started to climb. You can also see down dips - there are three sharp dips coinciding with Christmas/New Year holiday period over the past three years. Dips in the summer are less pronounced.

The top 10 videos (with number of views) are as follows:

Interesting that 9 out of the top 10 are "How To..." videos - if you want numbers, these are the videos that will generate most views.

Finally, here's a breakdown of the demographics of the Channel's viewers for the lifetime of the channel: 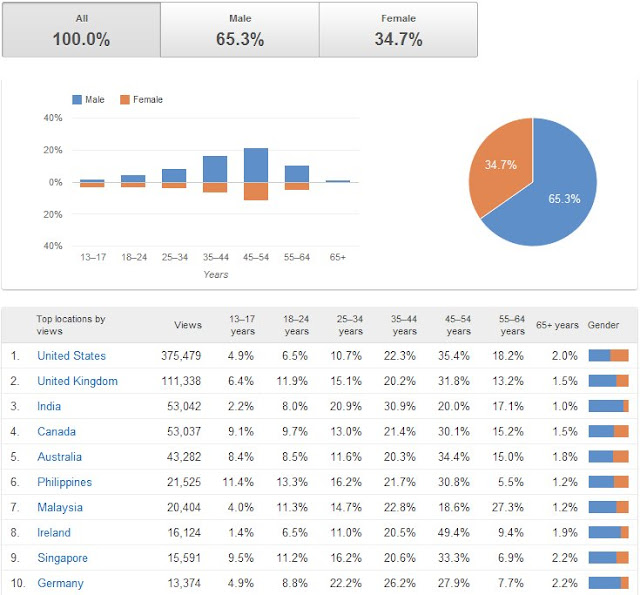 Interesting that the dominant group are males in the 45-54 age group - funnily enough the same cohort I belong to! The United States is by far the location of most viewers - it's also great to see countries like Singapore, the Philippines, and India there too. The bottom ten (numbered from 205 to 214) countries, with one view each, are:

The last country, Diego Garcia as it better known as, is a US/UK military base with no civilians and the channel's first (and so far only) view took place on 4th March last when one person on the base viewed the How To...Create a Pareto Chart in Excel 2010 video. It's cool thinking that a marine in the middle of the Indian Ocean is watching one of my videos!