Following on from my previous post earlier today, I note that this afternoon YouTube has introduced a new set of analytics for "Estimated minutes watched", and once again I am astonished that not only are so many people checking out my videos, but that they are obviously spending a lot of time doing so. The chart below covers the same period (38 days) as the one in my earlier post (slightly higher number of views since it was captured later in the day). The figures for "Estimated minutes watched" are only available since 1st September this year. 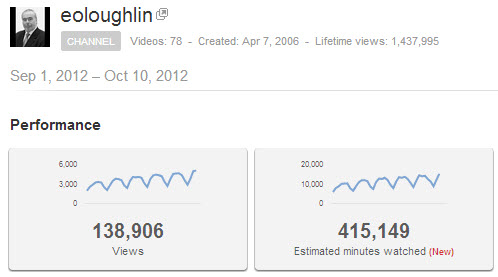