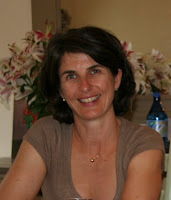 Had a great night out last night at Maria Bourke's 40th birthday party - Maria is Roma's sister-in-law. The party was in the Maria's Mum's place in Shrewsbury Road. Kate and her friend Niamh were doing the cloakroom so we had to bring them in early. Roma and I headed down to the nearby Ice Bar in the Four Seasons for a jar, and also to be a little bit late for the party. Style is king and queen at the Ice Bar - there were plenty of beautiful women all dressed up. Roma reckoned there must have been a Brown Thomas fashion show in the Four Seasons as there were a lot of BT gift bags around.

At the party I was sitting beside Progressive Democrat Senator Fiona O'Malley and we had a great chat. I have to say I would normally have no time for her or the PDs, but we got on great.
Lots of delicious food and wine at the party - as I'm trying to lower my carbohydrate intake I enjoyed an almost totally meat only dinner: beef, crab, salmon, and prawns. Delicious!
Yesterday was also my brother Joe's birthday - he's 48. For the next month we will be the same age until I turn 49 in October. So Happy Birthday Joe! The next whiskey is on me.