There's nothing better than two brilliant teams slugging it out in Croke Park on a summer's day. Kerry and Dublin footballers served up a brilliantly exciting game that went right to the wire. Dublin won by two points scored in injury time, though I felt a draw would have be a fairer result.

In the first 20 minutes the game was so one-sided in Dublin's favour that it was a little bit boring. Then the game exploded into action as Kerry scored two goals and held an unlikely lead: 2-8 to 0-9 at half time. But in only scoring six points in the second half to Dublin's thirteen points, Kerry just could not hang on for a famous victory. I remember thinking about half way through that if Dublin win this they will have come through one hell of a battle. They will be strong favourites in the final against Mayo, but there is hope for Mayo in that Kerry did not concede any goals which might show the way in how to beat the Dubs.

In the unlikely event that I will score some tickets for the final, that's it for me and Croke Park for the summer. This year I have been to the League final (Dublin v Kerry), the Leinster final (Dublin v Westmeath), the double header quarter finals  Kerry v Clare, and Galway v Tipperary, the semi-final between Mayo and Tipperary, and now today the semi-final between Dublin and Kerry. I have spent a small fortune (just over €400!) watching GAA this year (mostly with the wonderful Kate) and loved every minute of it. Unfortunately, a ticket to the final is way out of my grasp and I'll have to watch on TV. 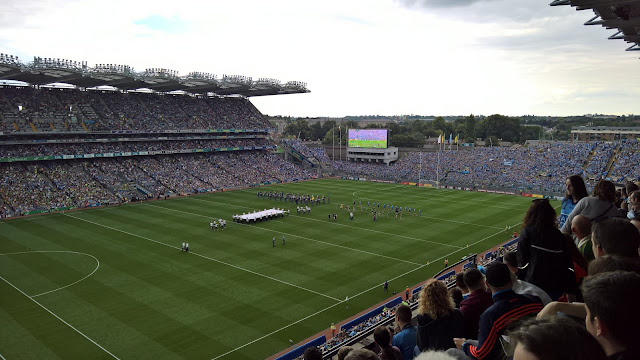 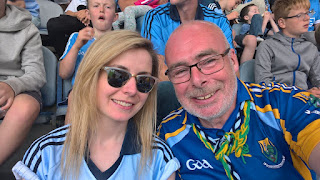 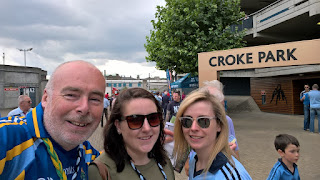