More from the Eileen Ryan Collection...

Continuing with pages 9, 10, 11, and 12 from the "Clause by Clause" pamphlet written by Erskine Childers. Again comparisons are made with Canada with regard to status within the British Commonwealth. Document No 2 recognises again that there would be some association with Britain, but only that there is a "dignified recognition of the Crown as titular head". PAge 10 is all about defence - the British want to protect Ireland with "His Majesty's Imperial Forces", while at the same time allowing Ireland to protect "Revenue or the Fisheries". Needless to say, Document No. 2 argues that Ireland should "provide her own defence by sea, land, and air". De Valera and Childers see the right to defend Ireland as a "fundamental right of nationhood".

At the end of page 10 and on page 11 the so-called Treaty Ports are discussed. The Treaty wants a permanent presence in the ports (which were Berehaven, Queenstown (modern Cobh) and Lough Swilly), while de Valera's Document No 2 envisages only a five year facility followed by a conference to hand over the ports to Ireland. The ports were eventually handed over to Ireland in 1938. Finally, on page 12 there is a section on "Limitation of Armaments". The Treaty proposes that Ireland limit its arms so that they should not "exceed in size such proportion of the military establishments maintained in Great Britain as that which the population if Ireland bears to the population of Great Britain". Fair Enough. Document No 2 agrees to this, plus offers not to build submarines! 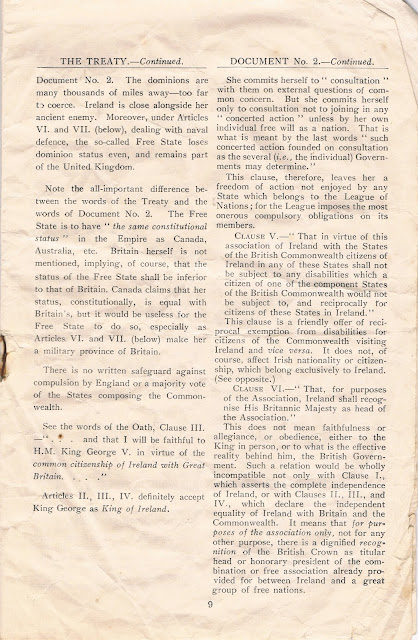 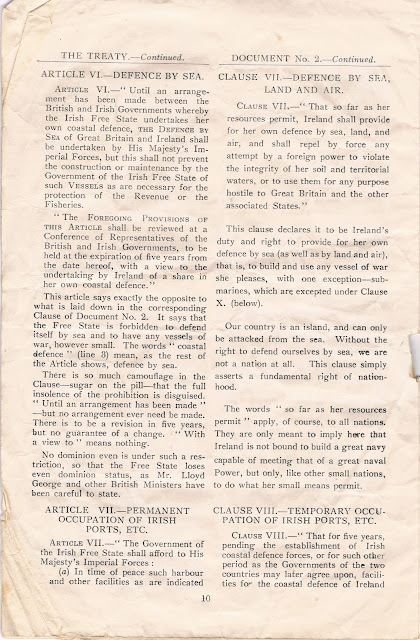 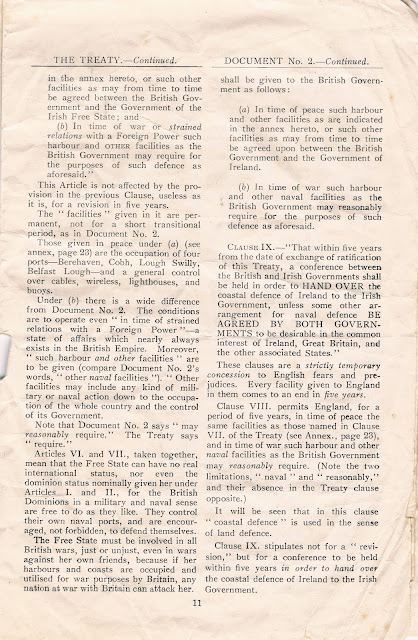 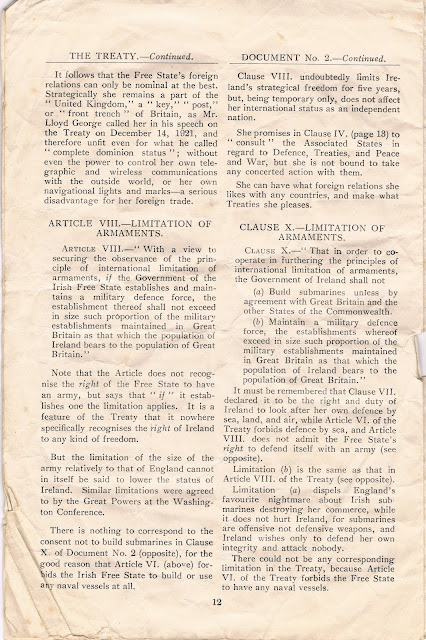