I spent last weekend visiting Belfast and came away liking the city even more than before. Until my daughter started College there last year I had only ever been in Belfast for the briefest of visits and had never stayed there. With "only" four weekends to Christmas it was a very busy city centre full of shoppers (or should that be "shappers"!). The Christmas Market at the King's Hall was almost inaccessible - such were the queues to get in. 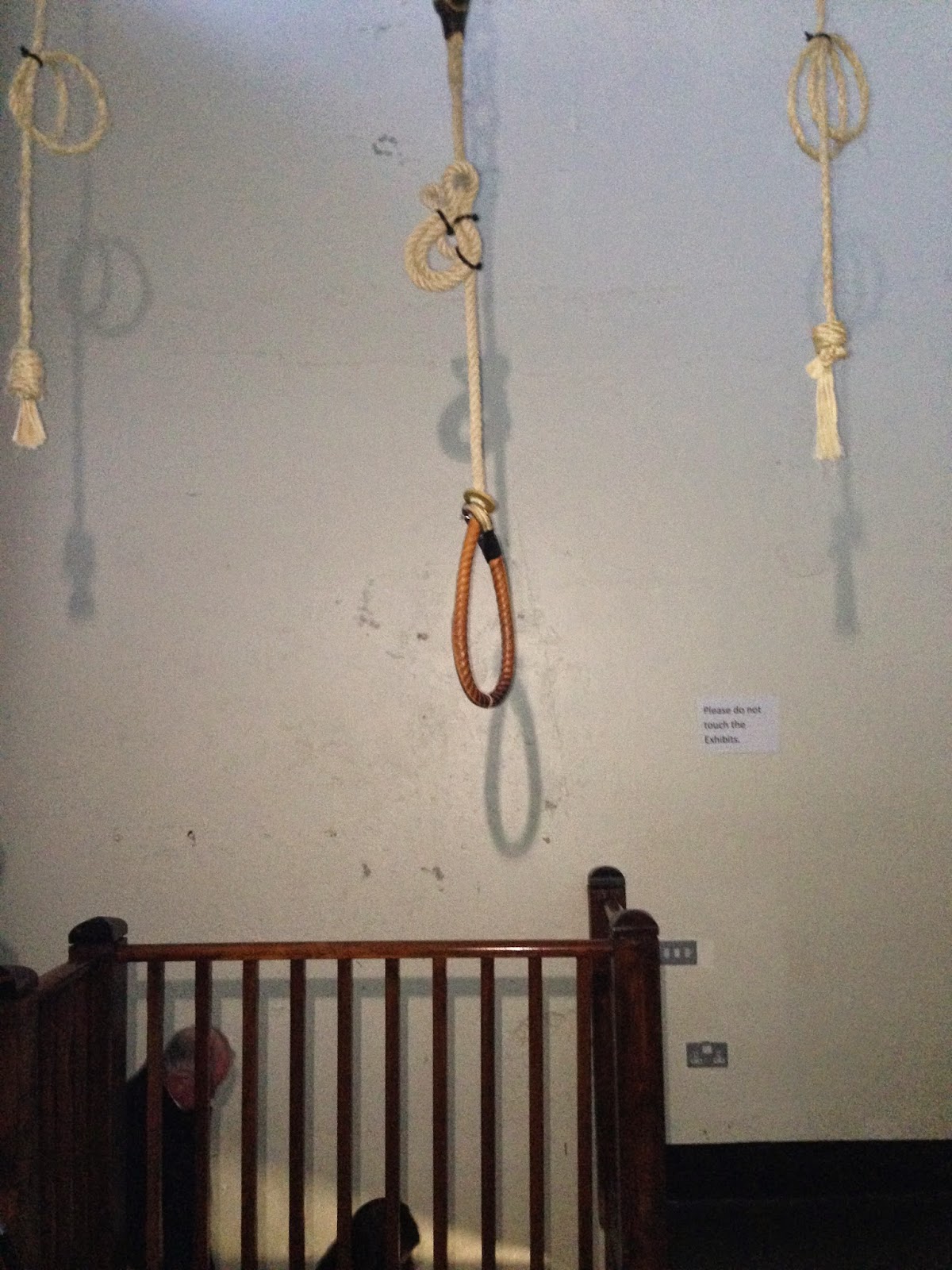 We had great food in Fratelli's Restaurant on Friday, and in Howard St on Saturday. We also did some shappin in Victoria Square and Castlecourt Centres. To escape the Christmas shappin fever I went out to the Crumlin Road Gaol for a fantastic tour of the old gaol which was closed in 1996. I have been to see Kilmainham Gaol in Dublin, and Wicklow Gaol - "The Crum" is a great experience, even the Death Cell and the Hang House had a fascinating, if macabre, interest. I even touched the rope - our guide told us that it is not known if it was ever used. The last hanging in Northern Ireland took place on 20th December 1961 when Robert McGladdery was executed for murder. It is a strange and horrible thing to be standing inches away from a scene of judicial death like this.

On a brighter note, Belfast has a feel good factor with the streets, bars, and restaurants all very busy We went to the wonderful St George's Market where there was plenty of food on offer and lots of arts & crafts. The entertainment at the market was provided by the brilliant Leading Ladies - who finished off their set with ABBA's "Thank You For The Music". Great stuff!

Overall, I ask myself why I had not gone to Belfast before. I guess The Troubles had a lot to do with this as I grew up in the 1970s and 1980s when The Troubles were at their height. Belfast was (to me) where murders and bombings were a daily occurrence. Today - it is a cosmopolitan city with a lot going for it. I will definitely be back!