Horslips at the O2 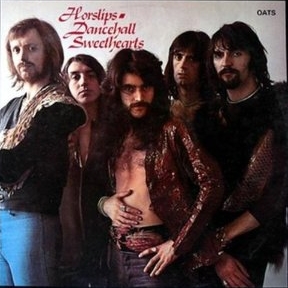 In the 1970's, most teenage Irish boys like me worshiped Horslips (all my teenage years were in the 1970's - 13 in 1972, 19 in 1978). I recalled wanting to grow my hair like Charles O'Connor, but never did! Celtic Rock gave us a unique mix of Irish traditional music and a hard rock sound that connected with a generation who had long hair and a weird sense of dress. Horslips played the O2 last evening - the venue was about half full, but the lads created a great atmosphere on a very cold evening. Nostalgia, nostalgia, and more nostalgia!

Most of the hit songs from the 1970's were there, plus many that I had either forgotten or not heard before. The sound was very authentic and so like the original sound tracks on their albums - the 30-40 years time lag did not make a difference. Charles O'Conner and Jim Lockhart showed their versatility with several instruments - I was always especially fond of Lockhart's Jethro Tull-style flute playing. Fantastic. The concert was rounded off with Trouble and Dearg Doom - this got the audience rocking big time.

I remember that in the 1970s that Horslips used to play in the Funge Art Centre in Gorey, only 13 miles form Ballingate - I desperately wanted to go. But I was not a concert-going teenager like today's lot, and genuinely did not know how to go to a concert - no TicketMaster then. There was also the added problem of transport - no Luas or DART then either. It is to my eternal shame that I did not make a better effort to go - so last evening's concert was my first time to see Horslips live, 30 years too late.

Now that I have seen Horslips on stage - I am happy. I hope they do more concerts - I am a teenager again! No more Celtic Tiger - Celtic Rock is back!

Email ThisBlogThis!Share to TwitterShare to FacebookShare to Pinterest
Labels: Horslips