Eight years and a bit after my first book was published in 2009, I picked up 13 copies today from The Liffey Press. Over the years the original print run sold out and we have had several short print runs of 50 to 100 copies at a time. The main market for the book is my own students studying Business Analysis in the College. I buy them at a discount from the publishers and pass this on to the students.

I updated the book in 2014 (not a 2nd edition) with corrections of minor errata and a new cover. I make very little money from it now and it sells very little outside of my own class. At eight years old it is getting to the age when a textbook will be regared as being too old. Hoefully I will be able to flog the copies below - the next time my module runs is in December, so I'll be holding them for a while yet. These are the last of the current print run - we'll have to see if there is demand further copies after this. 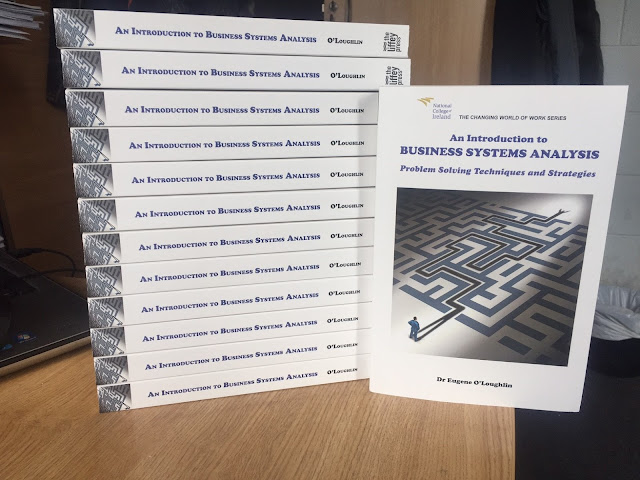