The Dublin football team march on with an easy win over Kerry. While the score was close for an hour, the gulf in class was evident. Dublin were superior all over the pitch and in the end were well worth their 11 point win. The All-Ireland draw will likely see these two counties meeting in the All-Ireland semi-final this year, but on the evidence of today the Dubs will have no fear of The Kingdom.

Many Kerry fans about us in the Cusack Stand felt the sending off of Aidan O'Mahony in the 50th minute changed the game, but I felt that the small matters of superior skill and talent won out in the end.

After the game there was a show called Laochra - brilliant stuff which kept us entertained and ready to invade England. Very patriotic stuff. The best for me was the 32 children in county jerseys calling out the Proclamation (despite the sound failing for the last 2 or 3 kids).

A great day to be Irish! 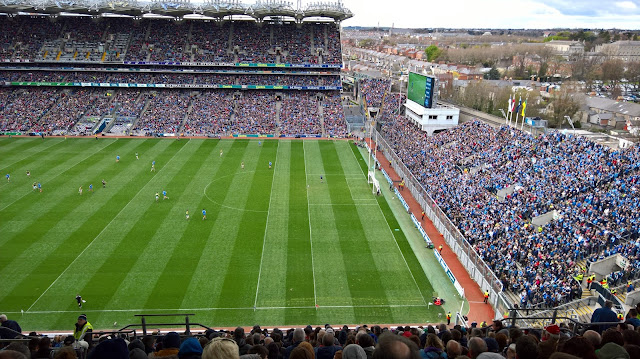 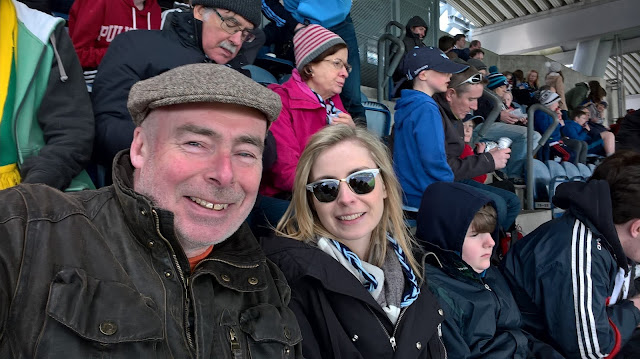 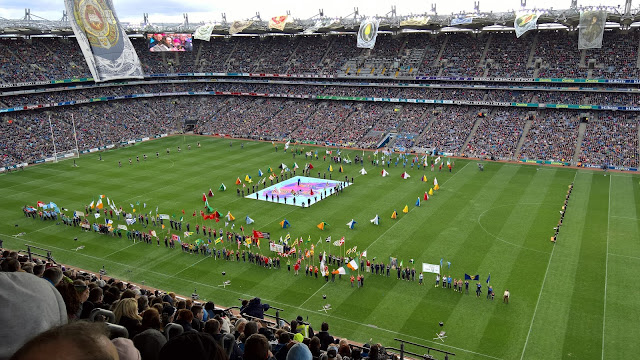 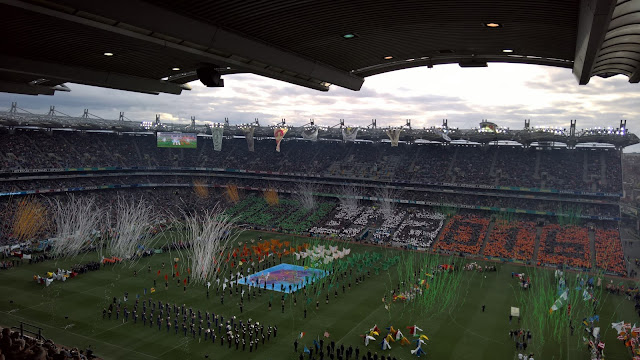