About this time last year the number of views on the channel was climbing rapidly - approximately doubling year-on-year. On March 3rd 2014 a new daily high view count of 11,944 occurred, but that record has not been broken since. While the seasonal pattern remains the same, growth over the past year has stagnated and for the last few weeks has been running lower than this time last year. Here is chart showing views since November 5th, 2007: 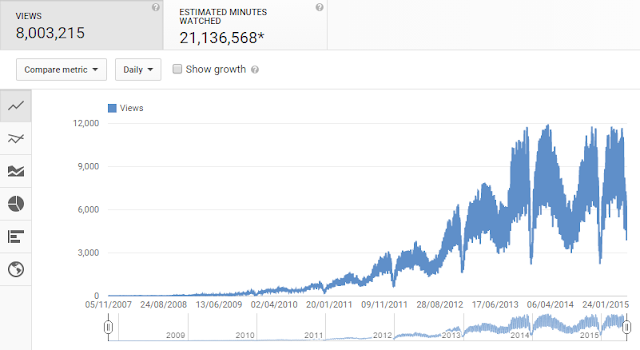