One thing that the Covid-19 Pandemic has done is to introduce the science of data to many more people than ever before. We listen out for numbers every day and worry when they increase. Expressions such as "flattening the curve" and terms such as the "R number" are now part of our vocabulary, Today I heard a new term - the Gompertz Curve!

The Gompertz Curve is a type of mathematical model for a time series analysis, and is named after Benjamin Gompertz (1779–1865) who was a British mathematician. According to Wikipedia, the Gompertz Curve is a "sigmoid function which describes growth as being slowest at the start and end of a given time period". Here's a curve for the daily cumulative number of deaths from Covid-19 in Ireland since the first case was diagnosed on March 1st to today: 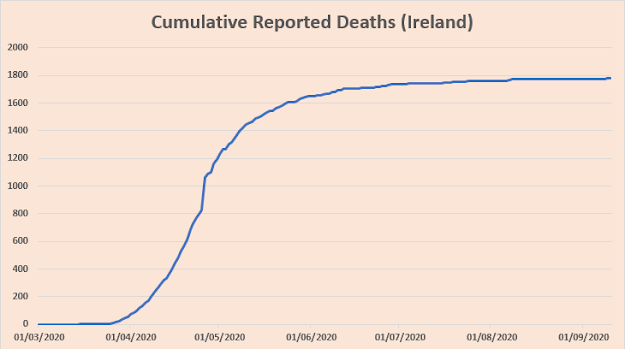 This is a familiar chart for those of us who are following Covid-19 data closely. The curve follows the classic Gompertz shape and the number of deaths per day has thankfully slowed. But for how long?

A similar chart drawn for cumulative cases over the same period is a little bit different: 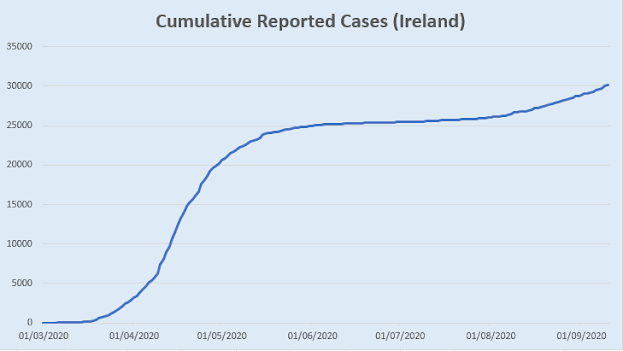 Data source: European Centre for Disease Prevention and Control.
You can see that from March to July, the curve was indeed a classic Gompertz shape. But since August the curve has started to go up again, and can no longer be described as a Gompertz Curve. If we imagine starting a new curve in (say) June when it was last flat, we can expect the increase to get more pronounced before it levels off again.
Worrying times ahead.