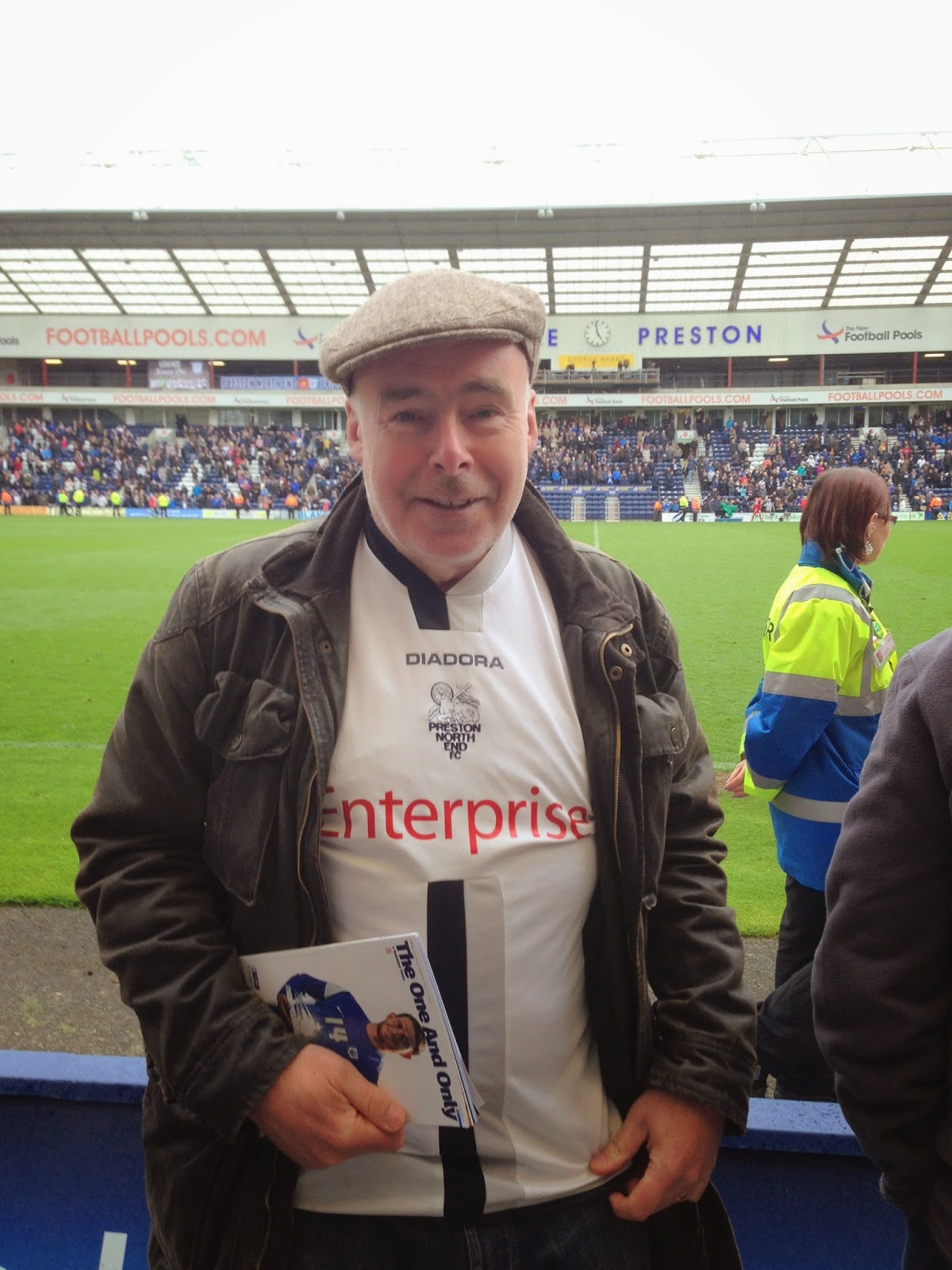 My first visit to Deepdale in Preston for a couple of years ended with a convincing win for North End over Swindon Town courtesy of a hat-trick by League One Player of the Year - Joe Garner. This also afforded me the great opportunity to hang out with my bro' Brian for the day!

Thanks to Ryanair, it was cheap (€37) to get return flights to Liverpool from Dublin - we targeted this game a few weeks ago as one that might be a big occasion for Preston in their push for promotion to the Championship. A bus from John Lennon Airport to Lime Street followed by a train meant I arrived in Preston at about 11.30 - Brian was waiting in the station, it was good to meet him again (last time was for Liverpool vs West Ham - God Bless football!). We went to Weatherspoons for an early lunch of burger, fries, a pint, and a great catch-up chat. The pub was buzzing with PNE fans and I wasn't the only one with wearing the club's colours.

We walked up to the ground, but had to turn back because somebody forgot the tickets! Nevertheless, we were in plenty of time for a quick pre-match beer in the Sir Tom Finney Stand. Preston were 1-0 up within two minutes thanks to League One player of the Year - Joe Garner. After this Swindon dominated possession for about 20 minutes without really looking like scoring. PNE got a second goal just before the break - a simple header by Garner. Just after the restart he completed his hat-trick with another simple header. Overall - a very solid performance and a great atmosphere from the 17,000+ crowd inside Deepdale.

After the game it was a quick walk back to the station to get the train to Liverpool. I don't know who organizes the trains in England, but take a bow - I got a train to Wigan, and immediately transferred for Liverpool Lime Street where I got another train to Liverpool South Parkway. A bus from here to John Lennon Airport and I was in plenty of time for my flight home. As neither Liverpool, Everton, or Manchester United were playing today - the flight home was less than half full.

I'm off to Croke Park tomorrow for Dublin vs Cork - you'd never guess my other half was away for the weekend!