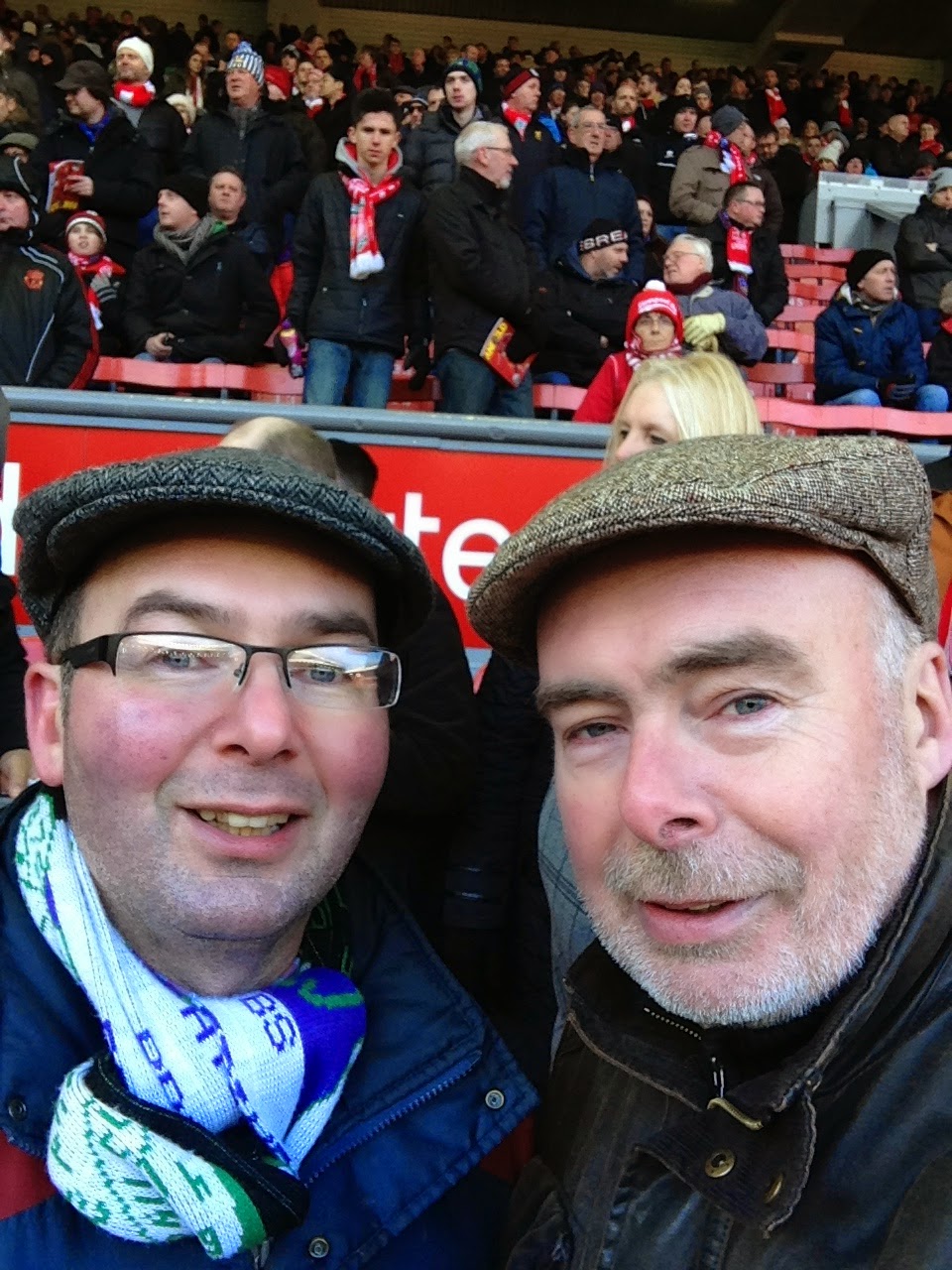 Yesterday was my first ever visit to Anfield in Liverpool to see the Premier League game between Liverpool and West Ham United on a very cold last day of January. My brother Brian invited me over as he had been given two tickets by one of his suppliers for seats almost right on the half way line in the eight row - perfect for seeing 22 millionaires kick a ball about for 90 minutes!

In a game at times littered with poor passes, West Ham played very well early on with Andy Carroll winning everything in the air and the outstanding Alex Song dominating mid-field. Liverpool took control in the second half with goals from Raheem Sterling and Daniel Sturridge, who got a great reception from the crowd as this was his first game back after a long injury. The biggest disappointment for me was that neither Steven Gerrard or Mario Ballotelli were in the Liverpool squad -  I would love to have seen them play (for different reasons!). In the end the best team won and the big crowd got the result they wanted.

"You'll Never Walk Alone" was of course sung with gusto before kick-off by the sell-out crowd. Overall - a great experience and a very enjoyable day out. If you listen carefully to the video towards the end below you will hear Brian beside me joining in with this Liverpool anthem.