While chatting to my Mum recently she told me that she had the gravestone of her Grand-Aunt Maggie (Margaret Cullen) cleaned up, and also that she had done the same for the gravestone beside this. Today I went along to the cemetery in Gorey in Co Wexford (Google Satellite view: http://goo.gl/maps/RP9ed - you can actually see the gravestones at the near left) to check this out and noted that there were a lot of Cullens listed, so I called Mum to check out who's who.

Some context first:
So the connection to the Cullens buried in Gorey is as follows:

Below is the gravestone of Mum's Grand Aunt Maggie - though I was two and a half years old when she died I have no memory of her. According to Mum, the other person in her grave was a very distant relative who died alone and the family buried her here. 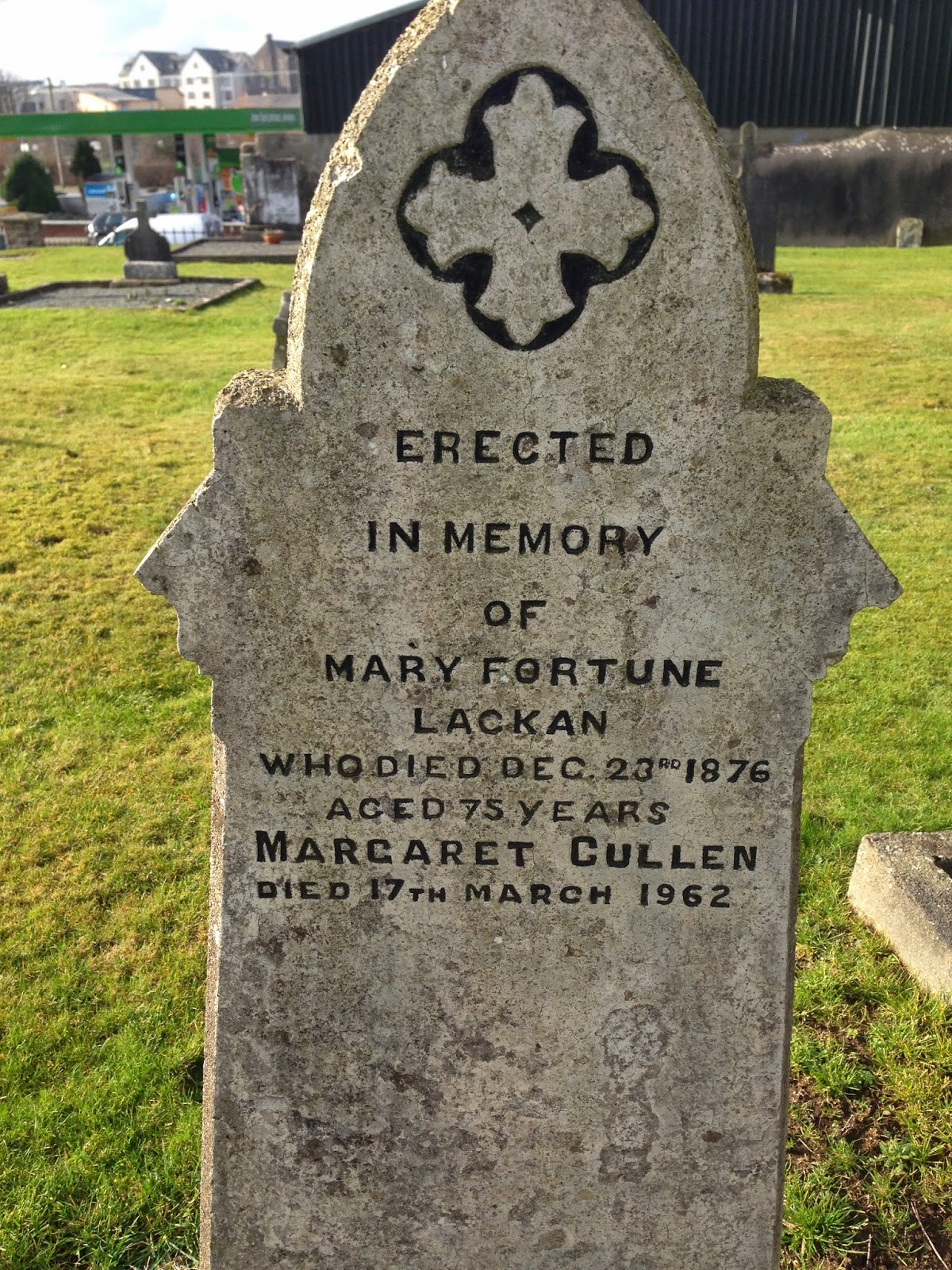 If above does not make sense, see below tree. The "Phil Byrne" on the bottom left is my Mum.