So it was off to Dublin in the green today to see what was happening in O'Connell Street for the "Road to the Rising" event created by RTÉ. Thousands of people turned up for what was an ordinary event with too many people and too few attractions.

The Easter Rising in 1916 was the single biggest event in Irish history, and forms part of what we are. Arguably our nation was created during the fight that tool place between a few Republican dreamers and the British Empire. A year of nostalgia lies ahead as we rightly celebrate the seed that grew a few short years later into independence. I loved the event today as a celebration of the birth of our nation. Everybody that I could see was enjoying the day, especially those who dressed in early 20th century costume for the day.

I "forced" Roma to take the picture below of me in front of the GPO - you can still see some of the bullet holes in the pillars behind me. 99 years ago our nation was created here. 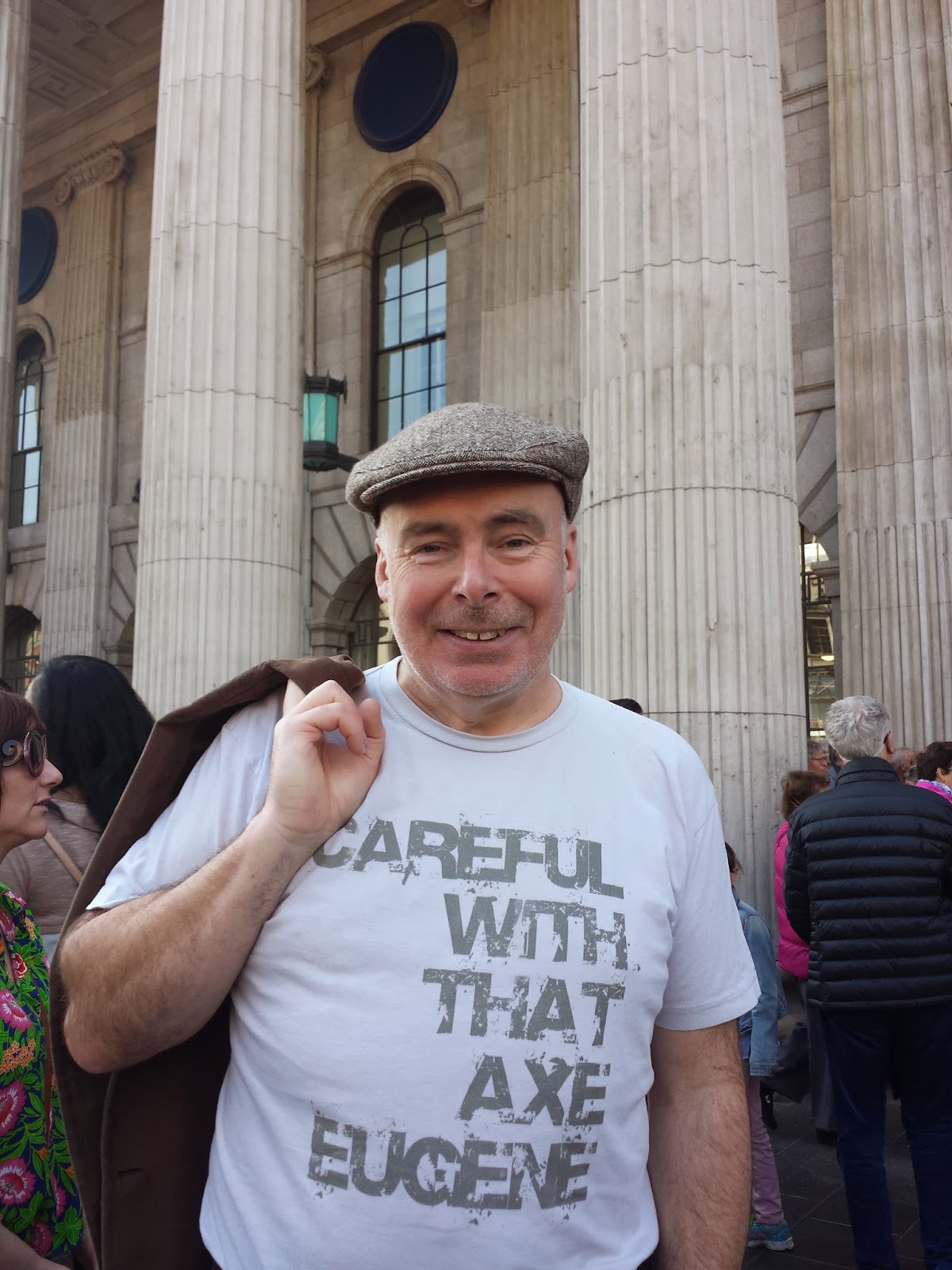