Sometime this week, probably on Wednesday, my YouTube Channel - Learn with Dr Eugene O'Loughlin, passed the six million views mark (YouTube can take up to 2 days to report figures). As before - I am both humbled and gratified that so many people are taking the time to view my videos. Since I reported on the 18th April last that the channel had hit the five million views mark, I had expected that the six million mark would be hit before the end of September. In the chart below you can see the pattern of views since I set up the channel on 5th November 2007: 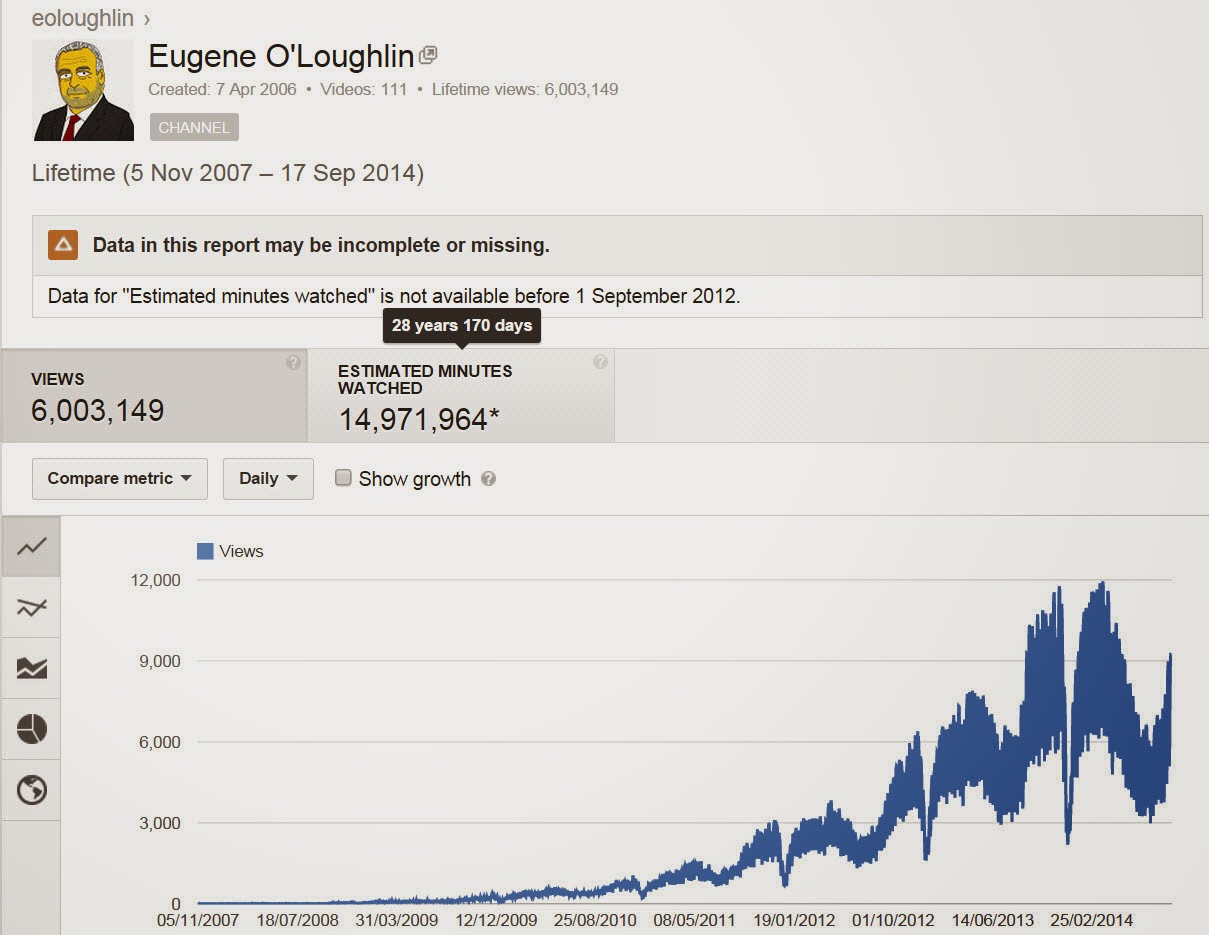 It's interesting to note that the estimated watch minutes total 28 years and 170 days since 1st September 2012 (estimates not available before this) - that over half my lifetime! The channel is undergoing its usual increase in September following a drop in views over the summer. Curiously this year for the first time the rate of growth is lagging behind the previous year. Nevertheless, if trends continue I expect the 7,000,000 mark to be hit sometime in mid January 1015.

My heartfelt thanks go out to all my viewers for both viewing my videos, as well as sharing and commenting on them. Keep on learning!