What would you give up to be 18 again? 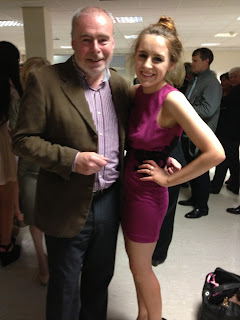 Last week my youngest daughter Vicki had her Graduation from Loreto College Foxrock, along with about 90 of her 18-year old classmates. We were invited to the ceremony which was a Mass followed by speeches and a Reception. The girls sang beautifully and the two Head Girls spoke very eloquently and entertainingly. The school hall was full of very proud parents, including Roma and me.

Coincidentally I read an article on Linkedin by T. Boone Pickens entitled Class of 2013: Here's What I'd Give Up to be You. In the article Pickens recalls a speech he made at a graduation ceremony where he offered everything, including his "Gulfstream airplane" and his "68,000-acre ranch" just to be sitting where the graduates sat. But, there was a catch - he said "If you make the trade, you have to be 79 and I get to be 18 again". Of course he got no takers as all the students "decided that no amount of wealth could persuade them to change places with a man about to turn 80". This got me thinking what I would give up to be an 18 year old again. Of course I'd give up all material things (even my Harley-Davidson!), but not family - we can't turn the clock back.

It is a wonderful thought - being 18 again. In the video below dating from 1980, George Burns (then aged 84) sings "I Wish I Was 18 Again". Jeez - I'm turning into an old man nostalgic for my younger days!