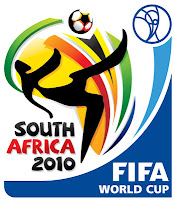 The FIFA World Cup starts today and I'm looking forward to a festival of football during which I intend to watch as many games as possible. However, I'll miss many of the 12.30 and 15.00 kick-offs as it is still two weeks before I go on holiday. I hope to catch most of the knockout stages while on holiday in Greece (excuse to go to the pub while the girls are shopping!).

I have been watching the World Cup since 1970 - the match I remember most was the England vs West Germany quarter-final when I watched in disbelief as England threw away a 2-0 lead. I missed the final as the O'Loughlin family were brought to (I think) a Church event - all the time I was wondering who was winning. Little did I know that one of the greatest games ever was being played, and featured this super goal by Carlos Alberto!

I have placed some bets with Paddy Power:

No surprises there - but if I get it right it's a tidy sum for me! I do also think that England will do well (provided Rooney stays fit and doesn't get suspended), but if all goes as seeded, they will meet Brazil in the semi-final. End of World Cup for Fabio's boys!