I wonder what my great-grandfather James Burns/Byrne was thinking this time 100 years ago. As far as we know in the family, he joined up in 1914, was gassed at the Somme in 1916, and survived the war to Armistice Day. We know that he probably had PTSD as he was apparently violent on returning home. He died in a mental asylum in 1925. However, despite lots of trawling through available records, and a professional search, - I have not been able to find his military record. It would have been easier to find him if he had been killed.

A hundred years ago there must have been great relief at being alive and that the war was over. For those like James, who had served throughout the war - the horrors were over at last. How was he perceived along with other returning soldiers to his home in Lorrha in North Tipperary?

In the photo below I am holding a British Legion wooden cross purchased at the Thiepval Memorial shop in France last year. I brought it home and keep it as a memento of and a tribute to my great-grandfather. Rest in peace. 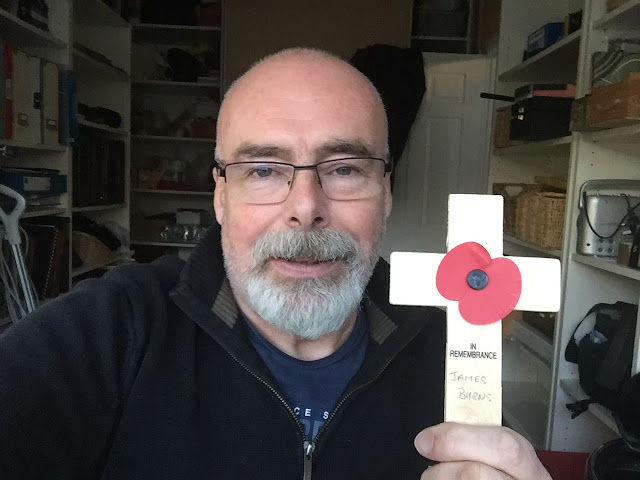