Day 28 of the Jeff Goins 500 Words Challenge is a bit morbid - I have to write my own eulogy. I must imagine what someone might say at my funeral if I had passed away unexpectedly. What would I want them to say?

I don't know who would write my eulogy, but I think I would want this to be my brother Joe. This is what I imagine he might say... 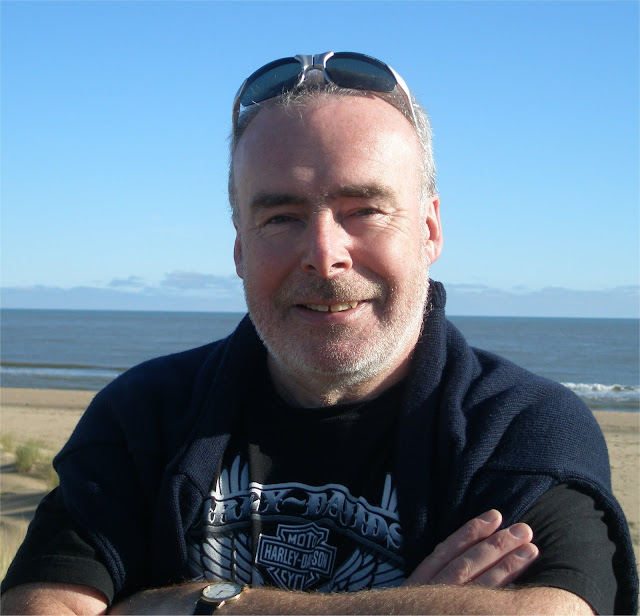 We are gathered today to say "good bye" to my brother Euge. He was also a brother to Kathleen and Brian, a son to Joe and Phil, a father to Claire, Kate, and Vicki, an uncle to many nieces and nephews, and a cousin to many. All our family will all miss him terribly. He was very much a family man and was devoted to Roma and his three girls.

Euge was my older brother by just 11 months and we grew up together in a close knit family. Though we lived on a farm, he never wanted to be a farmer. He would never have made a good farmer anyway - he once crashed the tractor he was driving in to the back of a combine-harvester I was driving in the middle of a big field at the great speed of about 1 mph! So he left us to go to College in the Big Smoke. He seemed to have spent an awful long time as a student, but he eventually graduated with a doctorate in 1988. He never forgot his Wicklow roots, and loved visiting Ballingate at the weekends. He also was a great man to have the family over to his house in Skuna Bay (Ballygarrett) where we had many great dinners and sing-songs.

Over the past few years Euge has written a lot on his website and in his books. We have read about his travels, exploits, thoughts, and deeds almost everyday. For a fairly shy man he was not afraid to post his thoughts online. He was also the O'Loughlin family tree man and he loved to dig deep into our family history - looking for connections between ancestors and if we were related to famous people. Anytime he found something interesting he couldn't wait to tell us all about it.

In addition to his family, Euge had two big passions in his life - education, and riding his Harley-Davidson. He was a committed lecturer and teacher, and worked hard for all his students. I think he was at his happiest in work when he was standing in front of a busy class of students who were willing to learn. He loved working in on-line education, but it was as a Lecturer in the National College of Ireland where he was happiest. As a teacher as well on YouTube, the world and NCI have lost one of the most passionate of educators. He loved his big motorbike and made many long trips to Spain and Portugal as well as riding it in and out to work. He loved to show the bike off and make lots of noise. There's one more biker in heaven!

There's no doubt that Euge was devoted to Roma - his companion for the last 35 years. She was always part of the O'Loughlin family and we hope that we will keep her close to our hearts. To Claire, Kate, and Vicki - I know that he would want you to support and love your Mum always.

Finally - Euge always said he wanted to be cremated, and that his ashes be put into the sea. Cahore Point in Wexford was his choice of location. So please join us after this service to say a final farewell to Eugene.