This morning the number of views for my Learn with Dr Eugene O'Loughlin YouTube Channel passed the 7,000,000 mark! This is a very big number - it would take 81 days to count this far non-stop (counting one number per second/24 hours a day). The estimated Watch Minutes is 34 years and 155 days - this is just counted from 1st September 2012.


When I set the channel up on 7th April 2006 I had no idea that it would hit anything like these numbers. I guess in those days that numbers of things like "views" and "likes" were not part of how this type of on-line media presence was measured. To each and every one of the viewers I thank you all most sincerely - I am both astonished and humbled that so many people still find these videos useful.

It has taken just over four months since 19th September 2014, when I reported hitting the 6,000,000 figure, to add the 7th million. One of the things that I have noticed at the end of last year is that for the first time the growth in views did not increase in the same way as previous years. Looking carefully at the last big growth at the end of 2014 below you can see that it is very similar to the growth pattern in 2013. Over the years the growth rate has been approximately double the previous year - but in 2014 it was the same as in 2013. Despite adding more videos I've no explanation for this other than a levelling off of demand. 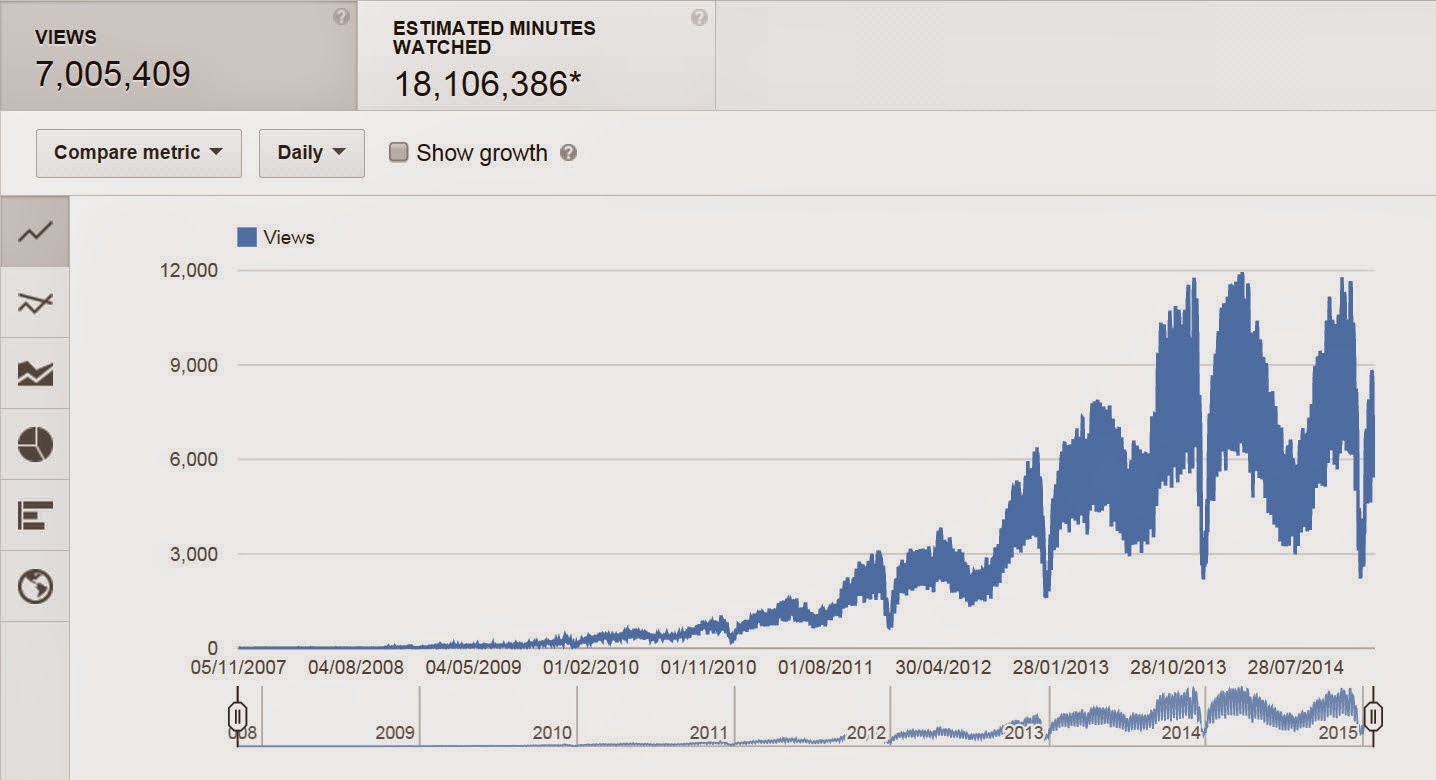