Status Quo at the O2

Denim jeans - check. Denim jacket - check. Long hair - oops, I left that behind in the 1970s! Rockers Status Quo were in Dublin last evening for an almost sell-out concert with four of the band's original members (Francis Rossi, Rick Parfitt, John Coughlan, and Alan Lancaster) treating the audience to the typical Quo sound. 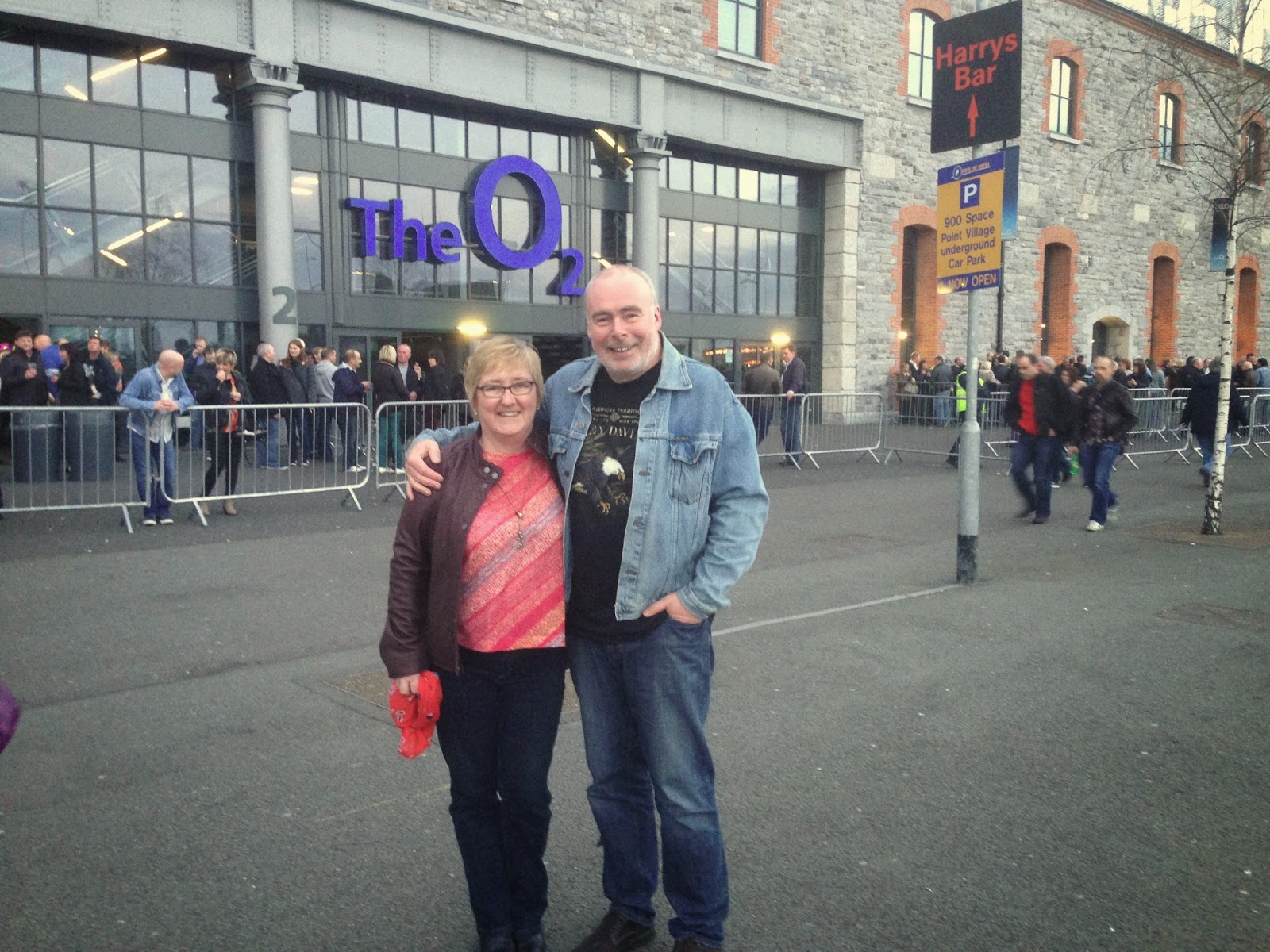 The O2 probably broke a Guinness World Record for the most middle-aged men wearing denim in one location. Lots of leather too. Unfortunately, somewhere along the way since the 1970s most of us lost our hair - there were a few lads there with a full head of grey hair to make the rest of us jealous.

The concert was billed as a "Back2 Sq.1" tour and I see from some on-line reviews that they only played songs from before 1976. Most of their songs from this period were unfamiliar to me as I was only just getting into them then. Just looking at the list of songs they did not play: Rockin' All Over the World, Whatever You Want, In the Army Now, Pictures of Matchstick Men, Down the Dustpipe, Living on an Island, What you're Proposing, and The Wanderer - I can't help feeling disappointed with the gig. Caroline and  Down Down got the biggest applause of the night, but many people afterwards felt that the lads would come out for a second encore and blast out the songs we all came to hear.

The energy of these ageing rockers was fantastic, particularly John Coughlan on drums and Rick Parfitt on rhythm guitar (does he ever get fed up playing the same cords over and over?). I hope they keep on rockin' and come back some day to play their big hits. The have been on the go in various guises since 1962, but this was my first time seeing them live. I had their 12 Gold Bars album on cassette tape a good few years ago, so I've just bought it again on iTunes and am listening to it as I write this post. For some nostalgia, check out the YouTube video below with the lads performing Rockin' All Over The World in 1977: