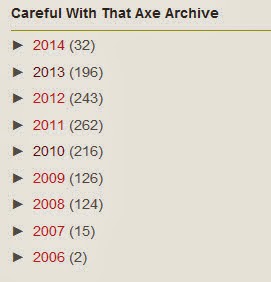 It would make for an interesting Data Analytics project to see if this trend was reflected in other bloggers who also tweet.