1,192 men and women from my native County Wicklow lost their lives in World War I - I did not know this. While leaving the Woodenbridge Hotel after a lovely lunch with my Mum and Dad last Saturday I noticed a sign for a memorial park which is about 50 metres from the hotel. It is located beside the River Aughrim and also on part of the old railway line that ran between Avoca and Shillelagh. The Stonehenge themed format of granite slabs lists the almost 1,200 people from each town and its surroundings in Wicklow, including 12 names from our native Carnew. Many surnames, like Doyle and Byrne, feature on nearly every slab - so many families in Wicklow were affected by the war. My Dad was deeply focused on the familiar names from families that he knew in the Tinahely, Carnew, and Shillelagh areas. Although he was born just 13 years after the war ended, names such as Noblett, Doran, Dowse, and Somers are very familiar to him.

In the peaceful setting of this memorial garden in Woodenbridge it is hard to feel the horror of the war. Woodenbridge is also the setting of a famous speech when on Sunday 20th September 1914, John Redmond (leader of the Irish Parliamentary Party) urged Irish men to join the British army in the belief that it was for the common good. Little could he have thought that many of those who answered his call would die facing German and Turkish bullets. 1,192 dead Wicklow people (almost one for every day of the war which lasted 1,564 days) is a terrible toll undoubtedly repeated in every county in Ireland.

My Dad was also interested in the location of the railway line, which he remembers taking in the 1930s and 1940s before it closed. In the photos below you can see the remains of a bridge over the River Aughrim, and some walls on either side of the river are still standing. The railway line opened on 22nd May 1865, but closed for passenger and goods traffic on 24th April 1944. It was finally closed altogether on 20th April 1945. The section from Woodenbridge to Aughrim however remained open until 1953 - part of it today has been redeveloped as a walking route called the "Tinahely Railway Walk". 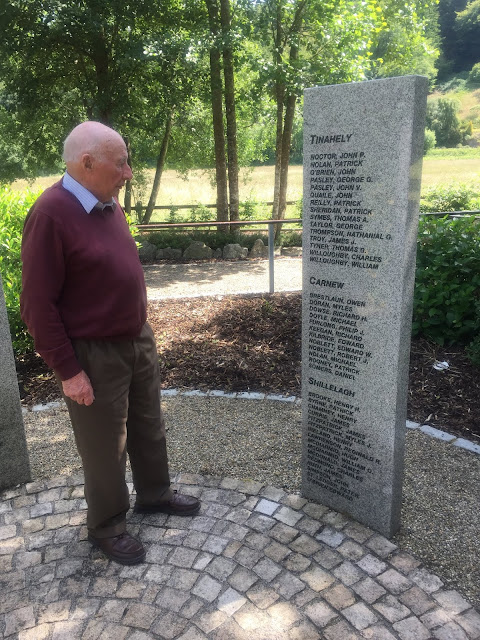 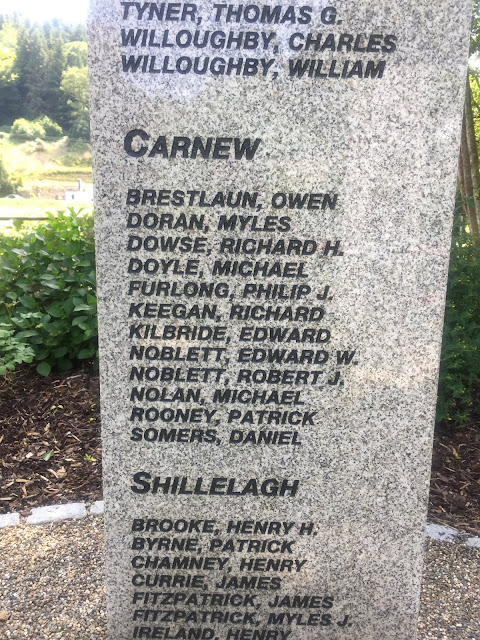 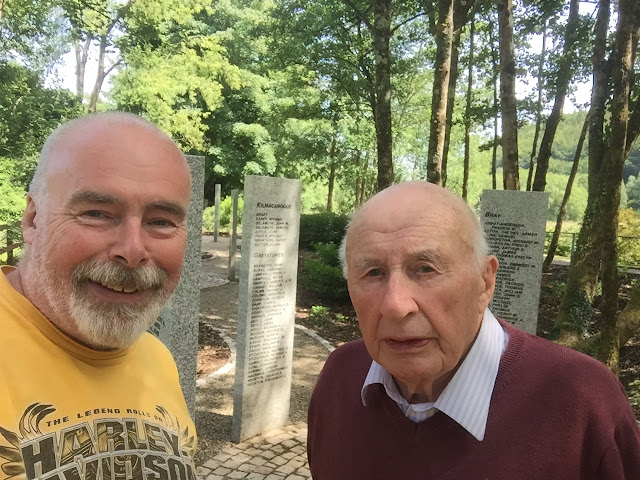 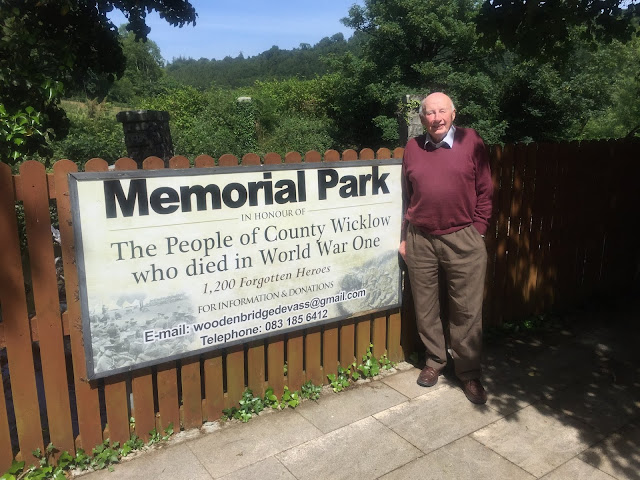 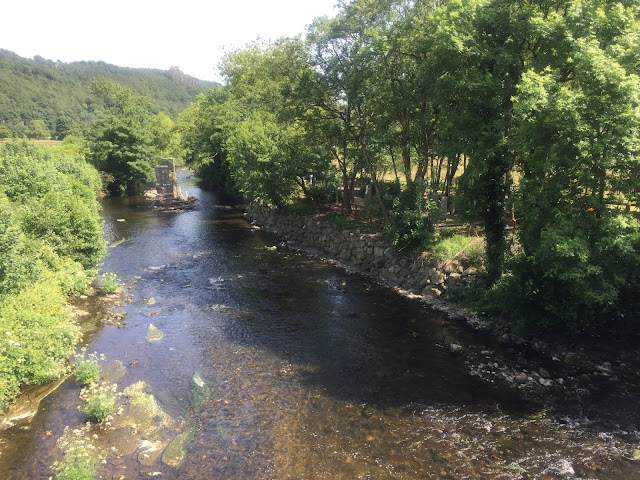