Like everyone else, I have eight great-great grand-fathers. One on my mother's side of the family Richard Cullen, whom I have written about before in this blog - he married three times. I discovered this evening, while searching for a link with the late actor Donal McCann, that another of my great-great grand-fathers, James McCann, was married twice. First - he married my great-great grand-mother, Catherine Walsh, in 1869. The genealogy record is not strong on this, but their first son, William, was born in 1870. Their daughter Anne McCann, is my great grand-mother. Catherine (Walsh) McCann died on 2nd May 1908. Eighteen months later, James married Dorah Sheehan - according to the 1911 census, she had a daughter Margaret. Here is a screen grab of their marriage record which can be found at:

James McCann died on 28th January, 1927. He is buried in St Michael's cemetery in Gorey, Co Wexford, with his son William and his first wife Catherine. No sign of Dorah in the grave with him, and she is not even listed in the list of People Buried at St. Michael's cemetery. 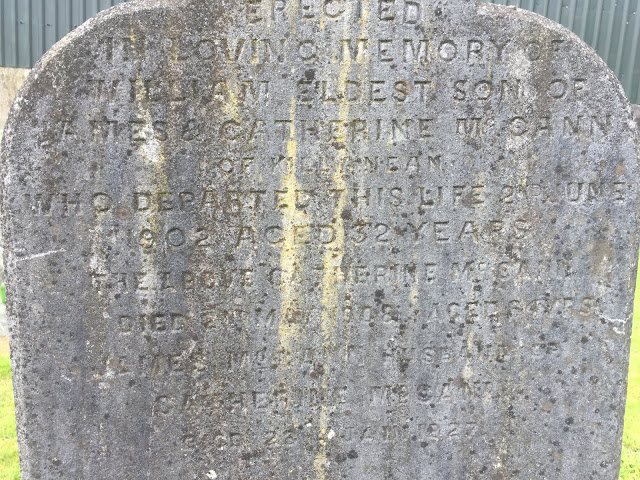