The last World Cup final I missed was in 1970, when Brazil beat Italy by four goals to one - I was 10 years old. On the day of the final, our family attended what I remember as a Field Day or some kind of Garden Fete. I kept wondering what the score was - no smart phones to look it up in those days. In fact it was several days before I found out the result. By 1974 I was already a huge fan of football, and haven't missed a final since. Yesterday's final was the most exciting one so far. 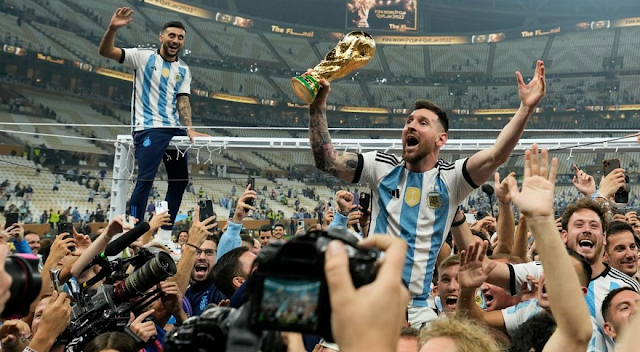 Image source: Sportsnet.
I asked myself today what single memory do I have of each final, so here I go:

1986: Maradona's pass to Burruchaga for the winner (Argentina 3 - West Germany 2)