Earlier this month I made a quick tour around North Western mainland Europe on my motorbike - my first trip like this since Lockdown and our Route 66 Tour in 2019. It was great to be back on the bike again, I travelled just over 5,000 kilometres in prefect weather (even through England!).

I set out from Dublin Port to Holyhead in Wales, and then took 7 hours to ride across Wales and England to Maidstone where I spent the night. Despite a lot of warnings about delays in Dover, I got through it with no difficulties. From Calais I rode towards Belgium and stopped at the Battle of Waterloo site. It's really just ordinary fields under tillage, but the mound and its 265 steps is cool and provides a great view over the site. The museum is interesting and I also watched a musket fire demo (firing a musket is now on my Bucket List!). 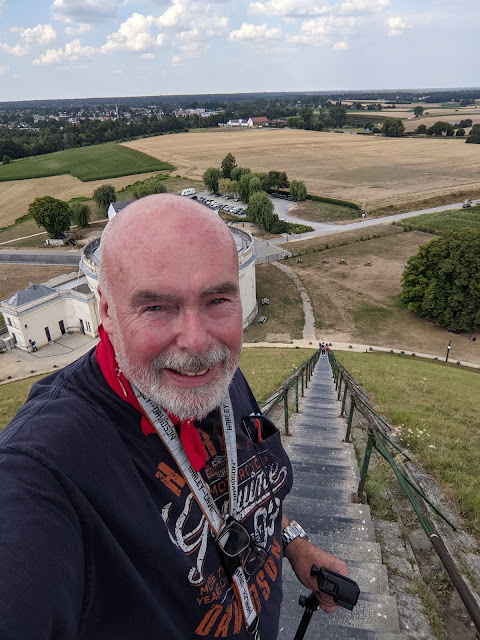 From Waterloo I headed to Valkenburg near Maastricht where I met up with Roma, my sister Kathleen, and her partner Chris. What a gem Valkenburg is - lots of pedestrian streets full of bars and restaurants. We were staying here the night before the Andre Rieu concert in Maastricht. 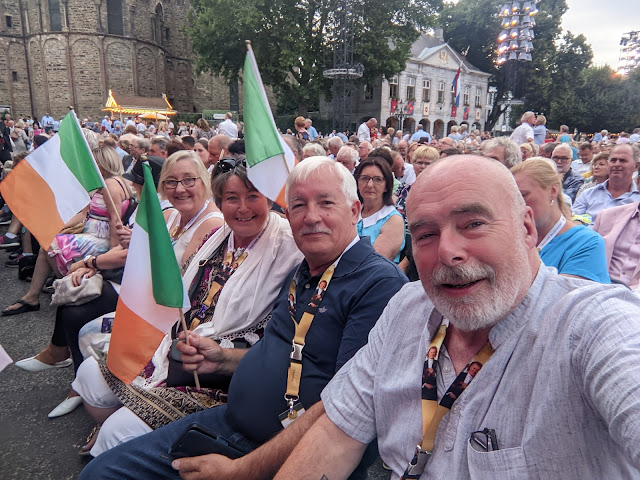 Getting ready for Andre Rieu. 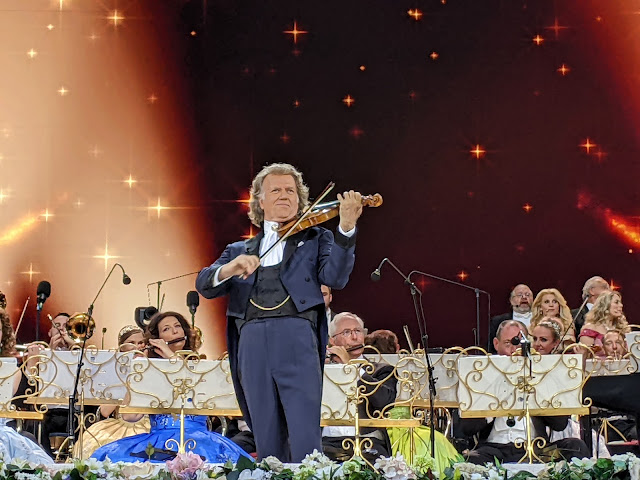 Fantastic music from Andre Rieu.
Andre Rieu and his Orchestra are wonderful - we loved the evening and have become classical music fans. Watching and listening to brilliant musicians and singers doing their work was a pleasure. We had brilliant seats near the front and had a great view of everything. I'd never have thought that I would have enjoyed an evening so much!

Next on our list was Luxembourg City - I had never been there before. It's quite a small city and the centre is easy to walk around. We were there for Sunday and Monday, and unfortunately lots of places were closed. We wanted to see the City Museum and the Palace, but we'll have to come back for that some other time. We moved around using the fantastic free bus service, and walked the pedestrian streets. 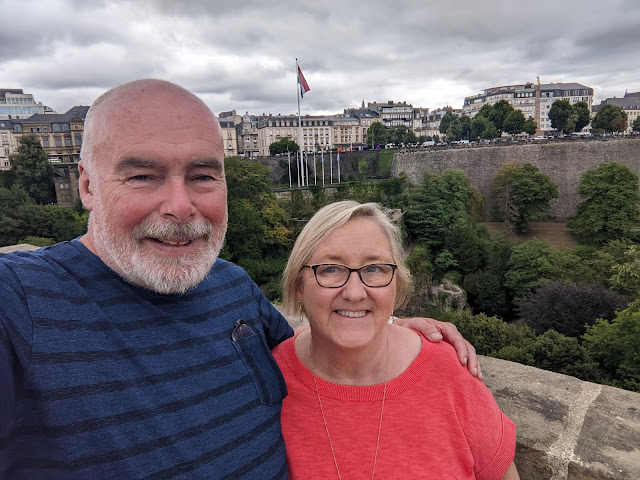 Rheims in France was our next city stop - two nights to enjoy in a city known for its magnificent 13th century cathedral. We stopped for lunch in Bouillon in Belgium on the way and had great view of the town's castle and the river Semois. In Rheims, we stayed near the city centre and first stop was the cathedral - it is magnificent. The nearby Tourist Office provided us with audio gear for a tour around the cathedral - well worth doing. We also visited the Museum of the Surrender and saw the room where the Germans surrendered to the Allies on May 7th 1945. Rheims is a centre for champagne, so we just had to try a tour and tasting at the Champagne Charles de Cazanove. 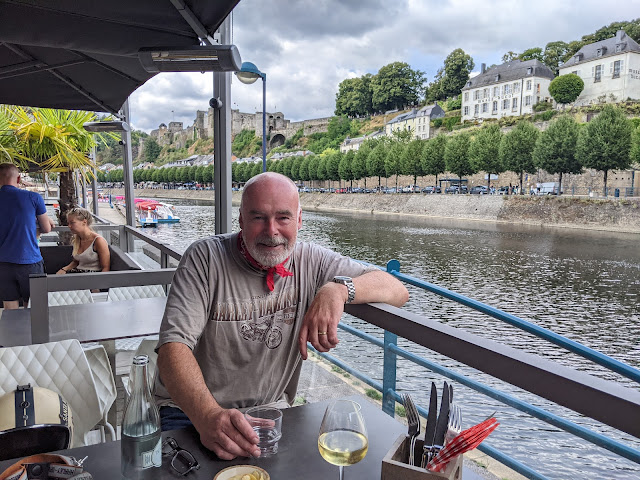 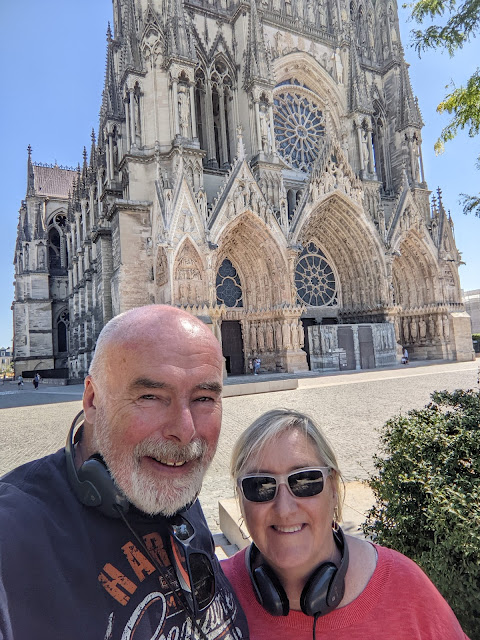 On tour at Rheims Cathedral.

Our final destination was Deauville in Normandy where we spent three nights. Beside Trouville, this is a beautiful location which is very popular for French holiday makers. We enjoyed the pedestrian streets and the outdoor cafés. We had intended to tour around Normandy a bit, but I had a dose of food poisoning which laid me low for a day. 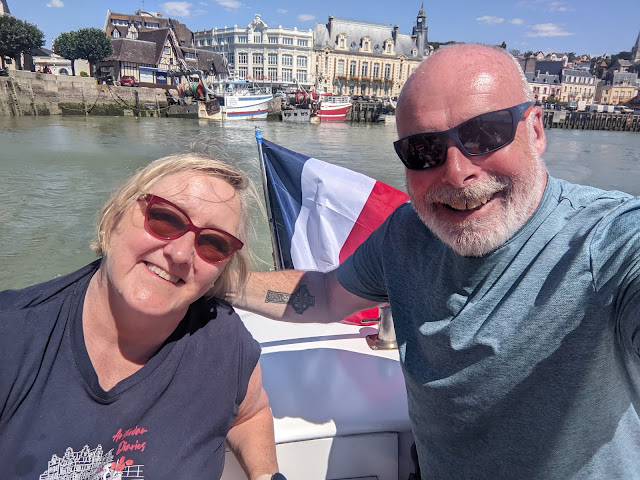 On the short ferry between Trouville and Deauville.

On our last day, we departed Deauville and headed for Cherbourg and the ferry to Dublin. We stopped on the way at the American WW2 Cemetery in Colleville where there were huge crowds attending at this magnificent memorial. There are 9,388 Americans buried here - a very sad, but respectful place. 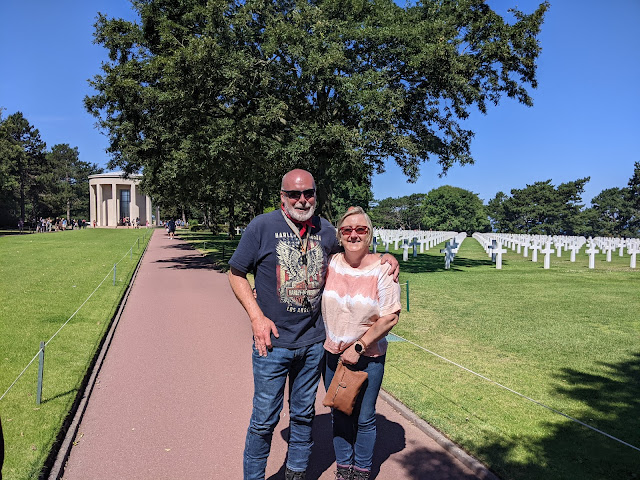 American War Cemetery, Colleville.
Overall, the trip through six countries (Wales, England, France, Belgium, Netherlands, and Luxembourg) was very successful. The bike performed well and the good weather made for very pleasant riding. I'd love to come back with the car and fill it up with wine on the way back. Judging by the low profile of many cars getting on the ferry, lots of people had the same idea. 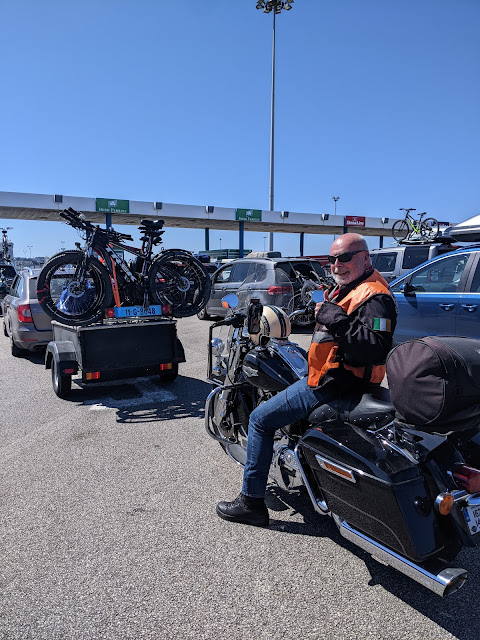