My Cousin Daniel Murphy and the USS Corvina #PurpleHeart

I never knew of any family connections with the Second World War, but today I discovered that a 1st cousin (2x removed) was one of 82 men killed on the USS Corvina submarine which was sunk by a Japanese submarine on 16 November 1943. Daniel Murphy Jr was the son of a Chicago police captain, Daniel Murphy Sr, who had emigrated to the US from Cork in 1900. Daniel Murphy Sr's sister Julia was my Great-grandmother. Daniel Murphy Jr is therefore a 1st cousin of my grand-father PJ O'Loughlin, and I am two removed from him. 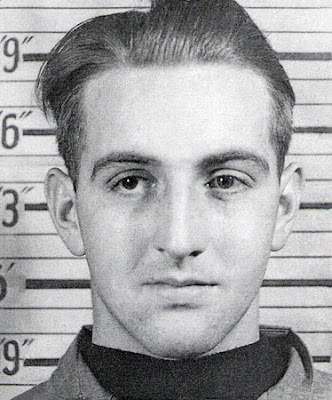 According to USS Corvina Wikipedia page, the Corvina was the only American submarine to have been sunk by a Japanese submarine during WWII. It was launched on 9 May 1943 in Groton, Connecticut and arrived in Pearl Harbour on 14 October. Her maiden patrol started on 4 November to patrol near the Truk Atoll in the middle of the Pacific, which was a major Japanese base during the war - she was never heard from again. Daniel Murphy's rank was Seaman, Second Class. He was awarded the purple heart as were the full crew, who were mostly young men like Daniel. He would be 99 years old today if he was still alive.